“Our average school age is about 62 years old, so they would garner Social Security." - Superintendent Diana Greene. 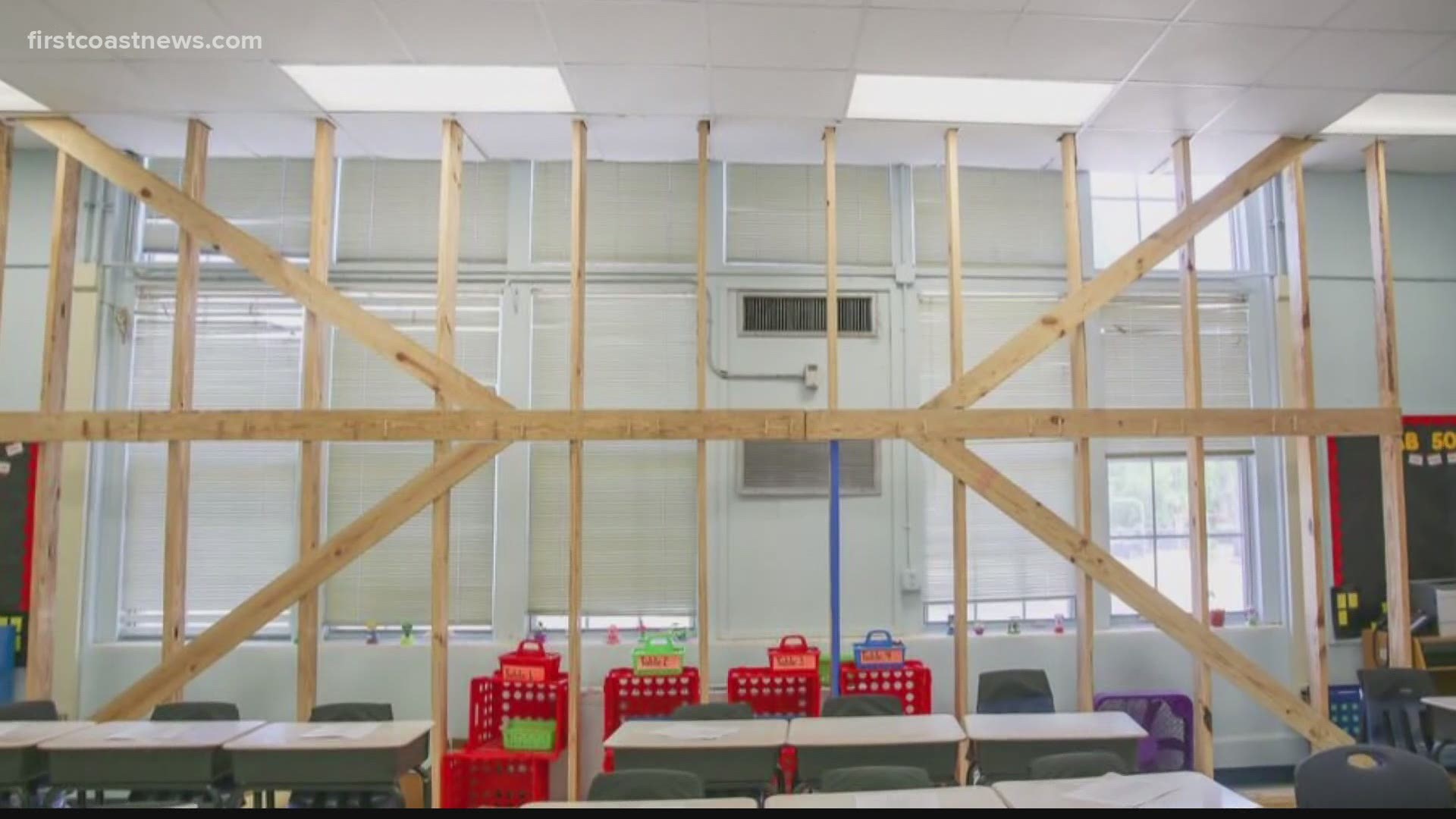 JACKSONVILLE, Fla. — Duval County Public Schools Superintendent Diana Greene says the half cent sales tax would mean almost $2 billion for maintenance and repairs and some of the district's crumbling schools.

“Our average school age is about 62 years old, so they would garner Social Security," Greene said.

Duval County schools are, on average, the oldest in the state.

Greens said some buildings aren't able to get basic WiFi because they were built more than a hundred years ago.

“I can’t tell you how many times we have to reach principals on our walkie talkie system because their cell phones do not work in the building," Greene said.

“Some of our schools have so many of what we call technical issues, such as HVAC, electrical, and plumbing that it would be cheaper for the district to build a whole new school," Greene said.

Duval County Public Schools produced a video to show issues inside schools. They say state funding cuts in 2009 and 2010 for renovation, maintenance, and construction have left them deep in the hole.

“Sandalwood High School, our largest high school serving close to 3,000 students, has over 40 portables on their campus," Greene said.

The half-cent tax would remove the portable and replace them with brick and mortar buildings.

“It means something to our communities," Greene said. "They want great schools in their communities, and they want facilities that look they we all care about education for our children”

People in Duval County will be able to vote on the referendum this November.