The majority of comments during Wednesday's Duval County School Board meeting were against a name change for Lee High School. 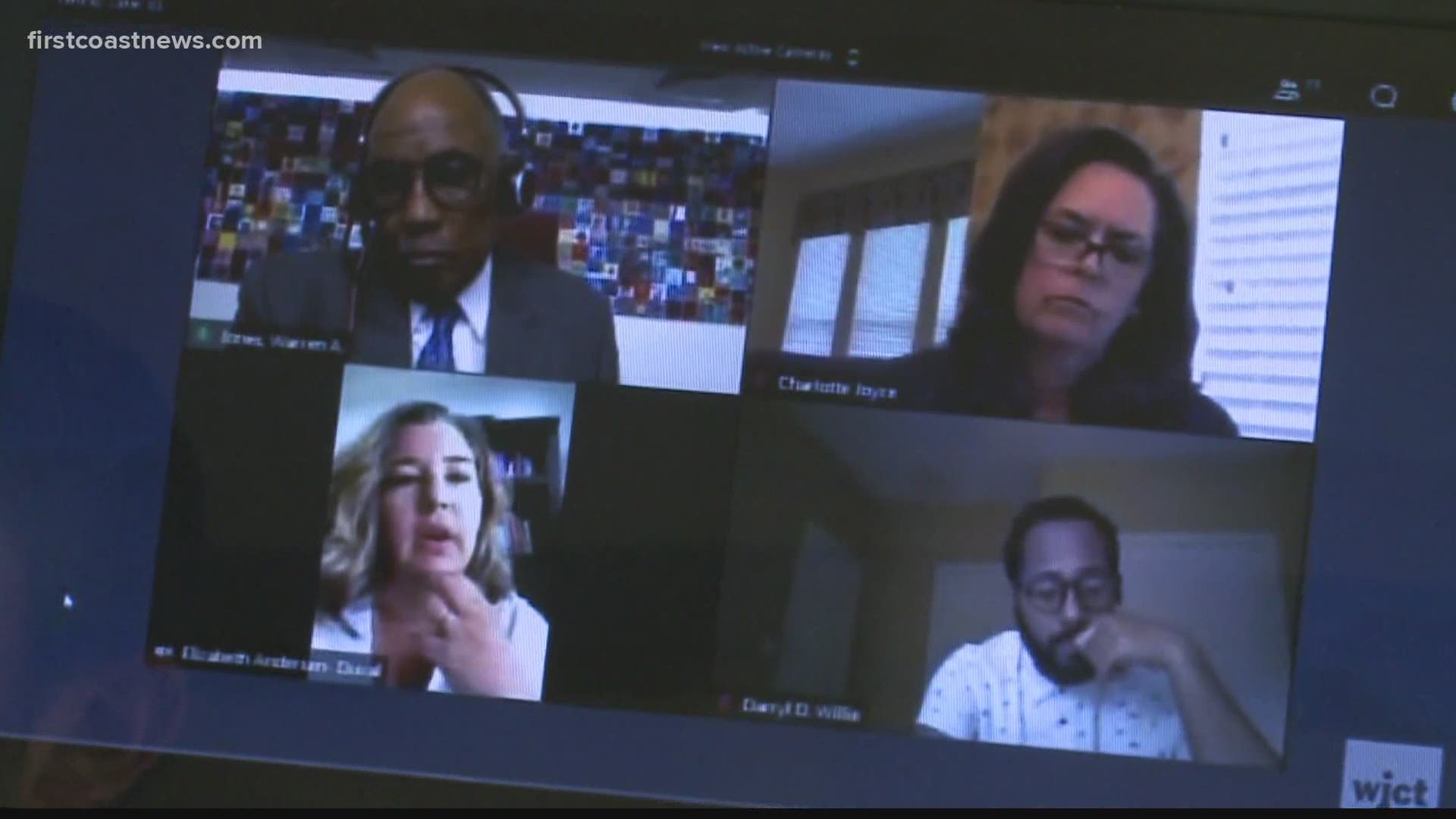 JACKSONVILLE, Fla — Several alumni are against a potential name change for their alma mater.

Many people spoke out against renaming schools named after Confederate leaders.

Two hours of public comments were focused on the proposal to change the name of Robert E. Lee High School, named for the Confederate general.

The board says they want to continue hearing from all sides of this issue before making changes.

He is one of the dozens of people who want their alma mater’s name preserved.

“Our voice should carry more weight than the people who didn’t attend the school. It was never about racism for us, it’s about Southern pride.”

His thoughts are similar to the dozens of people chiming in on Wednesday’s school board meeting.

One alumnus wrote a comment saying the school name should not be changed in the way of political correctness.

Duval County School Board member Darryl Willie said he appreciated everyone’s thoughts but said some were difficult to process.

“It was hard to sit through those comments and not have a reaction as a person, as a Black man. I work with students who walk through these schools every single day,” Willie said.

Duval County has renamed a school before.

In 2014, Nathan B. Forrest High School was renamed to Westside High School.

WJCT previously reported on the opposition to that change.

Forrest was a Confederate leader with ties to the early Ku Klux Klan.

School board chairman Warren Jones was asked why other schools are waiting this long to make similar changes.

“The timing is right,” Jones said. “After the mayor removed the monument in Hemming Park, I felt compelled that we need to do the same thing with the schools named for Confederate soldiers."

Jones estimates it could cost somewhere between $700,000 and $1 million to rename all six schools.

The funds would go towards new signage, new paint, refinishing athletic fields and providing new uniforms to sports teams and bands, according to a release.

Stevens thinks that school alumni should have more input in this decision.

“We’re proud of our school, we’re proud to be from the South and that’s simply why we don’t want it changed,” Stevens said.

Opponents of the move think that money should go towards scholarships for students.

Stevens thinks if a name change is on the table, it should be voted on by community members.