“She said, ‘there’s puke in the hallway, kids are stepping in it. You hear mop buckets going back and forth." 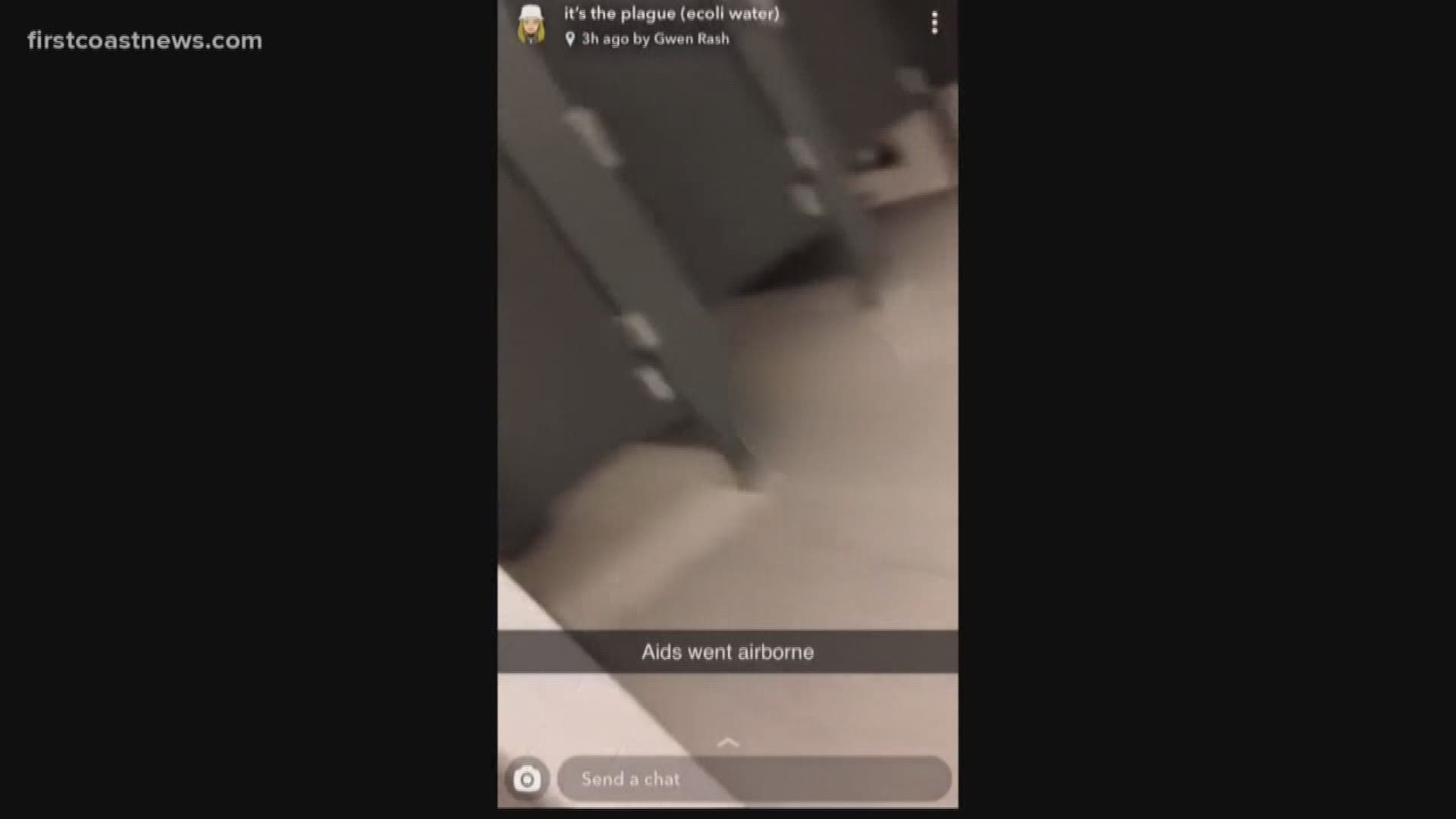 “Today you can see there were not many people there,” said sophomore Aakash Manandhar. “There were about four people in my class.”

Many sports, clubs and activities were canceled Friday as the number of students dwindled. The school says games will be rescheduled for when the students are back in attendance.

While Kerry McClure tended to her sick daughter, she asked a teacher at Creekside High School just what she is seeing inside the school.

“She said, ‘there’s puke in the hallway, kids are stepping in it,'" McClure said. You hear mop buckets going back and forth. My classes are getting smaller and smaller.'"

The school sent an email to parents saying it's in touch with the St. Johns County Health Department as the symptoms are similar to norovirus, but that has not yet been confirmed.

”Norovirus or rotavirus, those types of things, once they spread in a community like a school, they can spread very quickly,” said Sunil Joshi, Duval County Medical Society Foundation president.

That rapid spread has panicked some of the community. Friday, the Bartram Trails High School nearby reported having 650 students leave school, but there wasn’t an abnormal amount of people sick in the school like Creekside.

“I think the most important thing is not to panic about it,” Joshi said. "There are kids that are suffering this in different schools in St. Johns County, keep those kids out of school, make sure everyone is washing their hands, staying hydrated and hopefully Monday, we’ll be back to business as usual.”

Bartram Trails High School says it will also sanitize the school, just out of precaution.