6 Jacksonville schools will be renamed. Here's how the district plans to pay for it

No sales tax dollars will be used in the renaming process. What's expected to cost the most are sports uniforms and athletic gear. 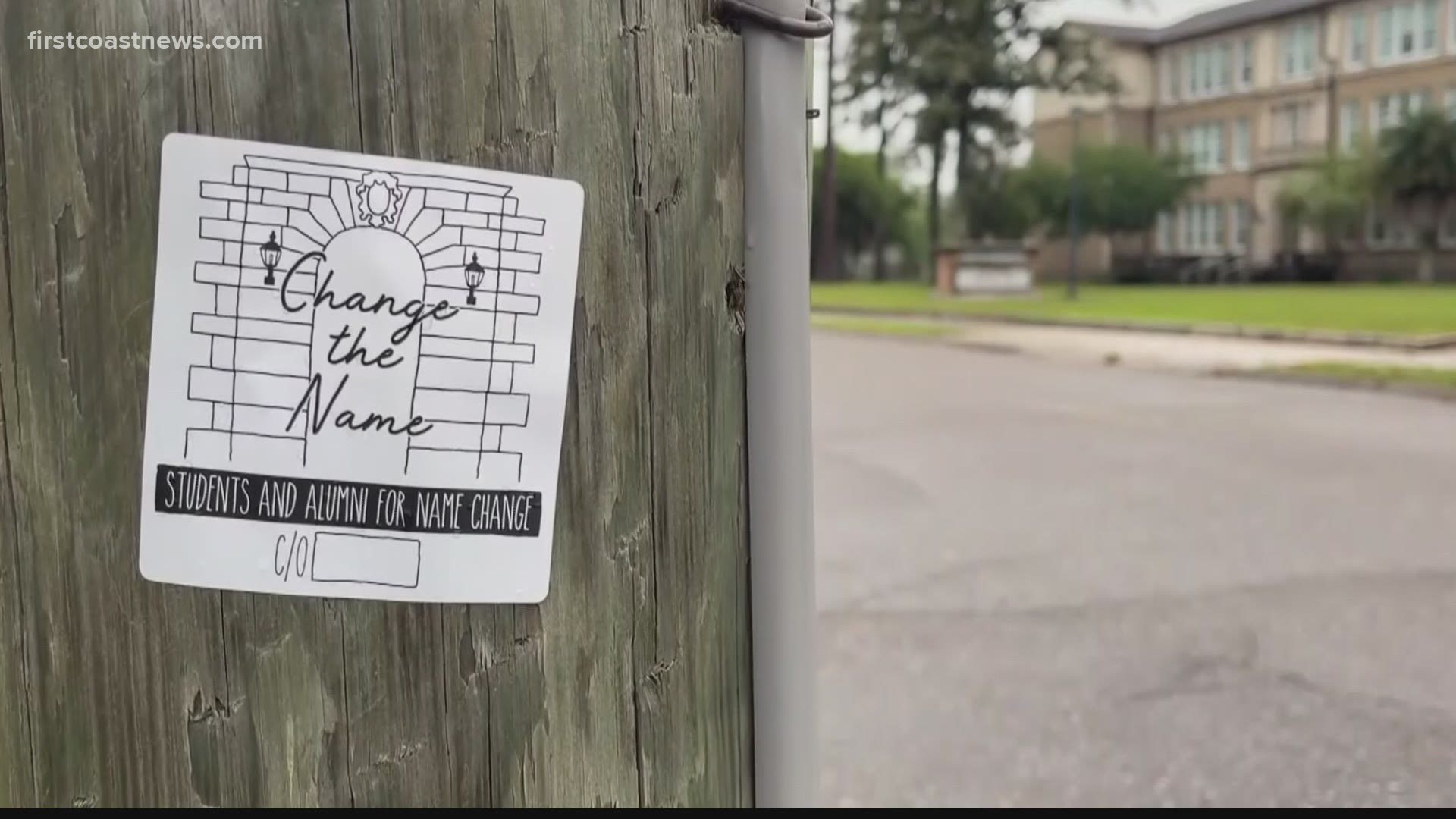 JACKSONVILLE, Fla — By a 5 to 2 vote, the Duval County School Board approved the renaming of all six schools recommended by Superintendent Dr. Diana Greene.

The six schools were originally named after Confederate leaders. They will be changed to names like "Anchor Academy" and "Hidden Oaks Elementary." However, these changes won't happen overnight.

There’s a lot that goes into changing a name. You have to change the signs and uniforms, and one school even has to get its mascot updated.

The vote was an emotional moment for Greene, who said she’s relieved.

The district is raising the 💰 Where is the money coming from?
•Beverage Contract Funding
•Private funding including: @Jaguars, @Nike & @JaxPEF

Board Chair Elizabeth Andersen said 12 schools in Florida bare the names of Confederate figures. Now, half of those are changing because of this vote.

“At this point in time it’s important to start thinking about who we want to be," Andersen said. "As a board, we were listening to our community members and wanting to move forward so that every student that walks in our building understands that they are respected, that they are capable of achieving their highest potential, and that all of their lives matter.”

Step one: They need the money to make the necessary changes, which Dr. Greene said can only come from private funding or beverage contract funding.

No sales tax dollars will be used in the renaming process. What's expected to cost the most are sports uniforms and athletic gear.

Greene said the Jacksonville Jaguars are helping out with that. She said they agreed to pay for all home uniforms for the secondary schools, worth $200,000.

She also said Nike has reached out to support paying for away uniforms.

Memorabilia and marquees in the schools will be saved, and Greene said the district will work with alumni to figure out where to put the items.

Donations are coming in through the Jacksonville Public Education Fund as well. On the day of the vote, someone anonymously donated $50,000 to the cause. Their goal is $200,000, and they are nearing the $70K mark.

You can read more about the cost of changing a school name here.