“If the house is on fire with our children burning and you won’t turn the water on, you’re at fault..." 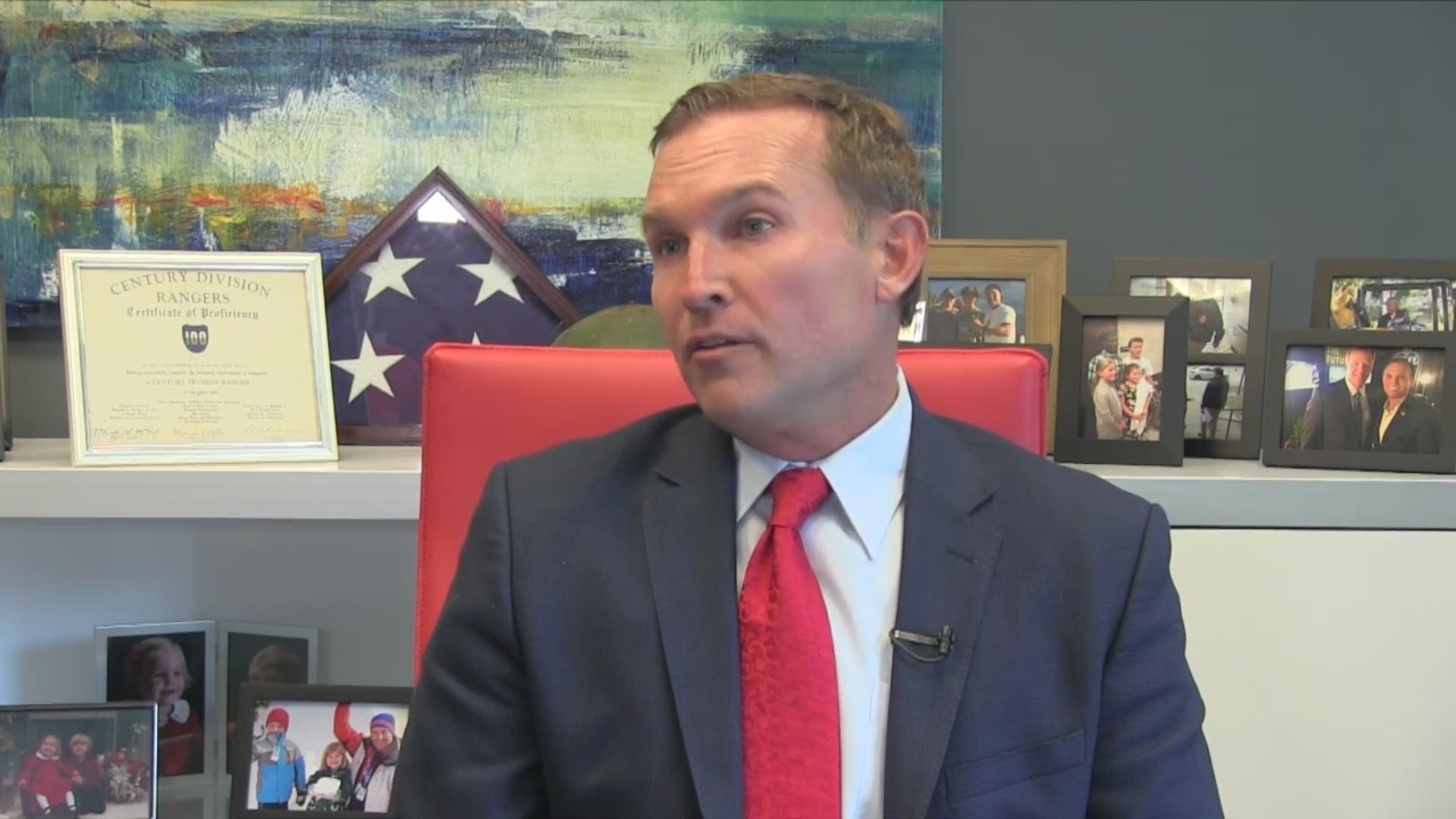 After a dogged fight including community meetings, letters, media appearances, a Monday morning rally and finally a round of late night public comments on Tuesday, the Duval County School Board’s efforts for a sales tax referendum will be kicked to a new council.

At about 9 p.m. on Tuesday night, following an agenda that did not mention bill 2019-380 — the bill pushing for a half-cent sales tax referendum to go to voters — Councilman Garret Dennis attempted to change the tides.

Dennis asked for the half-cent sales tax to support the School Board’s $1.9 billion master facility plan be added to the addendum. For that to go through, 10 votes would’ve been needed. The motion received four via hand-count from Dennis, Jim Love, Joyce Morgan and Anna Brosche. With that, City Council President Aaron Bowman re-referred the bill back to the Finance Committee.

“It’s unfortunate only four council members understand their role with this referendum,” Rep. Tracie Davis said. “Allow the voters to decide in 2019. Our children deserve safe and secure schools now — not later.”

School Board Chairwoman Lori Hershey was one of those that stuck around until the end of the City Council meeting, past 11 p.m.

“It seems [the referendum is] in a holding pattern,” Hershey said of the referendum. “I think it’s important to know that the plan is legally sufficient to place on the ballot and was approved by the Office of General Counsel.”

She added, “so really, the only action required by City Council is to take a vote to place it on the ballot. I recognize that they also have the authority to change the date. The question is ‘when will they put it on the ballot?’”

Members of the community sounded off against the delay to council members during the City Council meeting’s public comment portion.

“You don’t have to tell Ray Charles that he’s walking in the rain. It’s raining a hidden agenda of politics over our children’s futures,” Reverend Aaron Flag said. “If the house is on fire with our children burning and you won’t turn the water on, you’re at fault. [You’re] taking the holes and the water away from us. [Waiting until] 2020 will only allow more dead bodies for our children in many ways.”

“This is very simple. Our City Council has one job: to place the tax referendum on the ballot and allow registered voters to say yes they want a half-cent sales tax, or no, they do not want a half cent sales tax,” Clark said. “My daughter will not return to a city 10-15 years from now and enroll her child or children in the schools we see today if we do not replace and repair the damaged infrastructures.”

Prior to the meeting — after months of not commenting lengthily and showing skepticism toward the sales tax — Mayor Lenny Curry sounded off.

In a statement, Curry said he wanted to work with the Duval County School Board to address questions he still has about the master facilities plan.

“Together we owe it to Jacksonville’s taxpayers and families to lay out a plan that is financially prudent and well thought out,” Curry said. “To date, such a detailed plan has not been presented to me or to this community. The problem is real and easy to see, but for a solution to be effective, we must come together and ensure a plan that makes all our public schools better.”

Hershey disagreed with that assessment.

“Our plan really goes above and beyond others in Florida,” she said. “Our CFO has answered a mound of emails from the mayor’s office. I really feel like at this particular point we’ve answered all the questions we need to at this point.”

Hershey called the referendum’s state of purgatory frustrating. She wasn’t the only one who felt that way.

“I’m certainly very disappointed that the council didn’t decide to take up 380. Supporting a half-cent sales tax is vital for our community,” a Jacksonville Beach grandmother of two and retired school counselor said. She pointed out that most Duval schools classified as “poor” or “very poor” by school facility standards are in areas that were primarily minority-based. “We’d certainly want to see this money sooner rather than later ... We also know the use of Band-Aid corrections now will just increase the types of improvements that are needed later on.”

As noted by the Times-Union, this delay and the possibility of the City Council shutting the referendum out completely is unprecedented. Throughout Florida, 24 counties — including St. Johns County — have a half-cent sales tax for schools in place. On Thursday, the Clay County School Board will decide if it will place a similar half-cent sales tax on a special election ballot.

Former general counsel Rick Mullaney said that attorneys in other counties have stated that refusing to have a referendum is not an option.

A recent poll by the University of North Florida’s Public Opinion Research Lab showed that about three-quarters of Duval County registered voters support the sales tax.

“It’s disappointing that this has not moved forward when the board has followed state statute,” Hershey said. “It’s discouraging that while I recognize that we’re a consolidated government, it does not negate the role of the School Board as an elected body. State statute does dictate the role to let the community decide.”