Duval Democrats respond to allegations a party leader used offensive language. John Parker, state committeeman for Duval County Democrats has denied his use of the word "colored" to refer to African Americans was intentional. 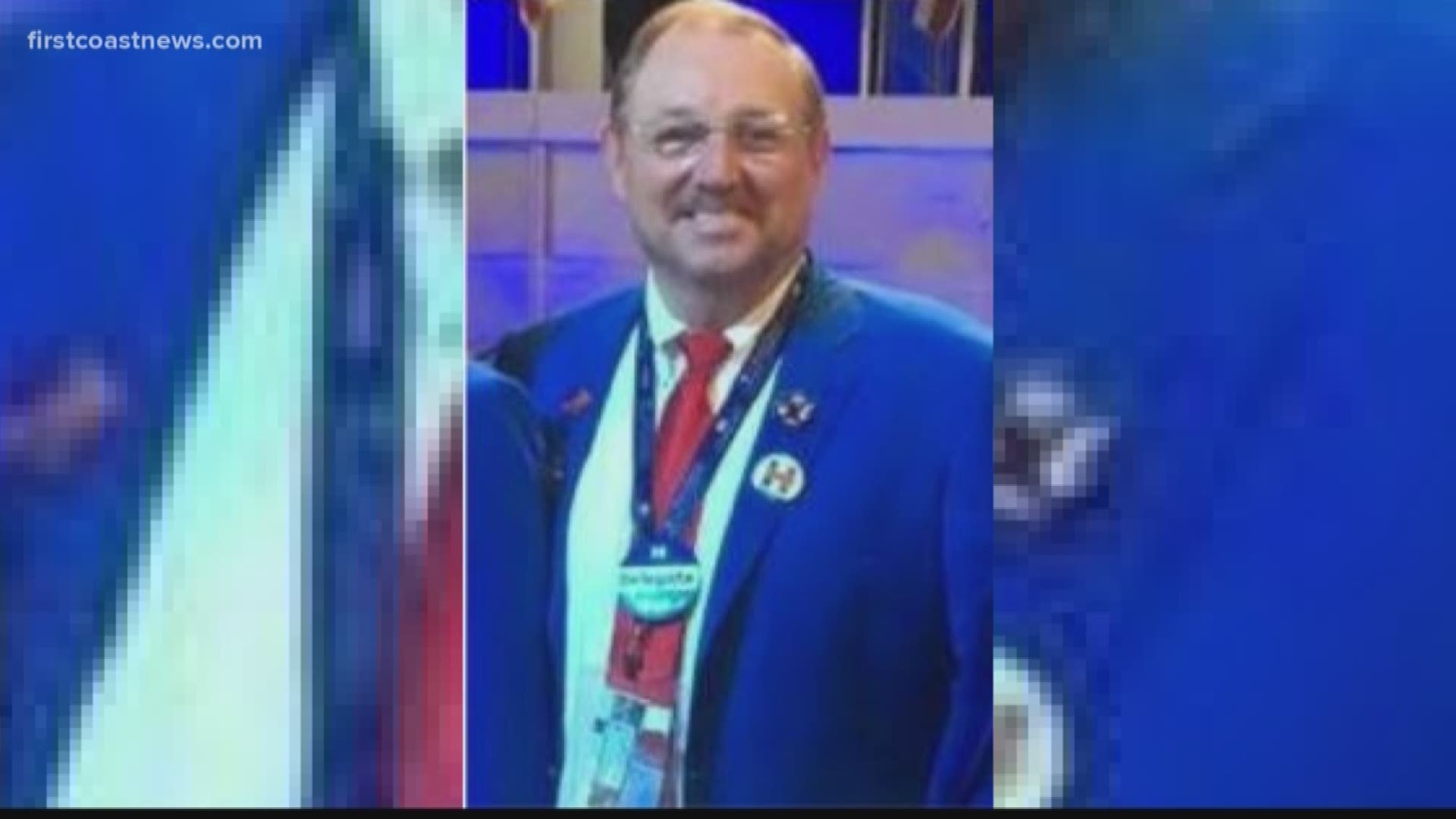 Members of the Florida Black Caucus in Duval County are calling for an official in the local democratic party to step down after allegations he used racially insensitive language.

John Parker, state committeeman for Duval County Democrats has denied his use of the word "colored" to refer to African Americans was intentional.

Diallo-Sekou Seabrooks head of the Black Commission in Jacksonville said he witnessed the offensive comments on January 22 during a Burrito Gallery dinner following a Democratic Party meeting.

"Why would you still think that 'colored' was cool? Because to me it's a Jim Crow terminology and it's unacceptable," Seabrooks said.

Seabrooks, who is running for city council in District 8, said the remarks were prompted by a conversation about Jacksonville consolidation and the impact on the black community. Seabrooks said he was shocked by openness and acceptance of comments describing the influx of 'colored' people in the city and the problems integration created.

"I'm old enough to understand when people use context and frame that they are using it in and there was no joking in it," Seabrooks said. "Structural racism is as normal as the absence of a black agenda inside of the Democratic Party which is 55 percent black."

Seabrooks said he along with a Black Caucus member present at the January dinner wanted Parker to be held accountable privately, but saw no action in the following weeks.

Karyn Morton, chairman of the Republican Party of Duval County, chimed in Monday with calls for the resignation of not only Parker but his wife Lisa King, chairman of the Duval Democrats who was also at the dinner.

"The Democrat Black Caucus of Florida...are correct in calling for the resignation[s]," Morton's statement read. "Both [King and Parker] share the guilt and are complicit."

Morton told First Coast News the response to alleged comments by Parker are starkly different from the outrage following racial slurs made at a private dinner by former Republican state senator Frank Artiles who resigned in 2017.

"I don't think we need this in politics, regardless of party, here in Duval County," Morton said. "We need people who care about each other, both Republican and Democrat."

Florida senator Audrey Gibson and former chairman of the Duval Democratic Party called Parker's reported comments 'a boneheaded term to use' but said she has never known him to be a racist.

Gibson, who was the target of some of the offensive comments made by Artiles in 2017, declined to comment further Monday on Parker's situation.

In an email provided to First Coast News, Parker sent an apology on March 27 to the Democratic Black Caucus of Florida president for the "serious misunderstanding that happened earlier this year." Parker also said in a statement to Florida Politics 'I had no malice and simply misspoke using a term that I never use but admit that I was ignorant to the fact that it was offensive.'

First Coast News reached out to the Duval Democrats requesting interviews with King and Parker. A few hours after the request, King released the following statement explaining how she has suggested her husband of 23 years relinquish his position:

Additionally, a grievance about the same incident was filed with the Duval County Democratic Executive Committee. I have asked for an opinion from the Florida Democratic Party on how to proceed on grievances filed regarding the same incident at different levels of our party structure and how it affects this local grievance. As our bylaws do not have a grievance process, our Central Committee will be meeting this Thursday to create one. All members who were present at the incident in question or have filed complaints will be recused from sitting in judgement on the filled grievances.

John and I have been married for 23 years. I have never before heard him refer to African-Americans as anything other than black or African-American. When we returned home I told him that his choice of words and statements offended people. When I spoke to others present they confirmed their concern and offense.

On Friday, John released a statement without my knowledge, in an attempt defend himself. I along with many members were disappointed in his comments. While I know John does not have malice in his heart, and has learned from this experience, he has lost the confidence of many of us to continue to serve in his leadership positions.

John and I met through our Democratic activism. Those who know us, know that we are both strong personalities, who often disagree on issues. It is a reality that when married couples step into positions of leadership, conflicts can and will occur. Though it is painful and awkward to air this conflict publicly, I have told John from the beginning that the most appropriate course of action for him was to resign. Although we disagree on this action, our members are committed to respecting the process to resolve this issue.

All of our members deserve a party that prioritizes and models diversity and respect. I am committed to creating this culture. I have not been silent on this issue. I have reached out to people directly involved and have been transparent about my desire for all people to be heard. I am confident that we will work together to create equity and respect for all.

Hazel Gillis, with the Duval County Democratic Black Caucus who ran against King for chairman in December, said they haven't yet received a response to their grievance filed last month with the state party. Gillis said a judicial council is expected to be convened by the Florida Democratic Party to investigate the incident.