Several people spent their Sunday morning picking up trash and debris on some First Coast beaches. Beaches Go Green also made sure the trash was properly disposed or recycled. 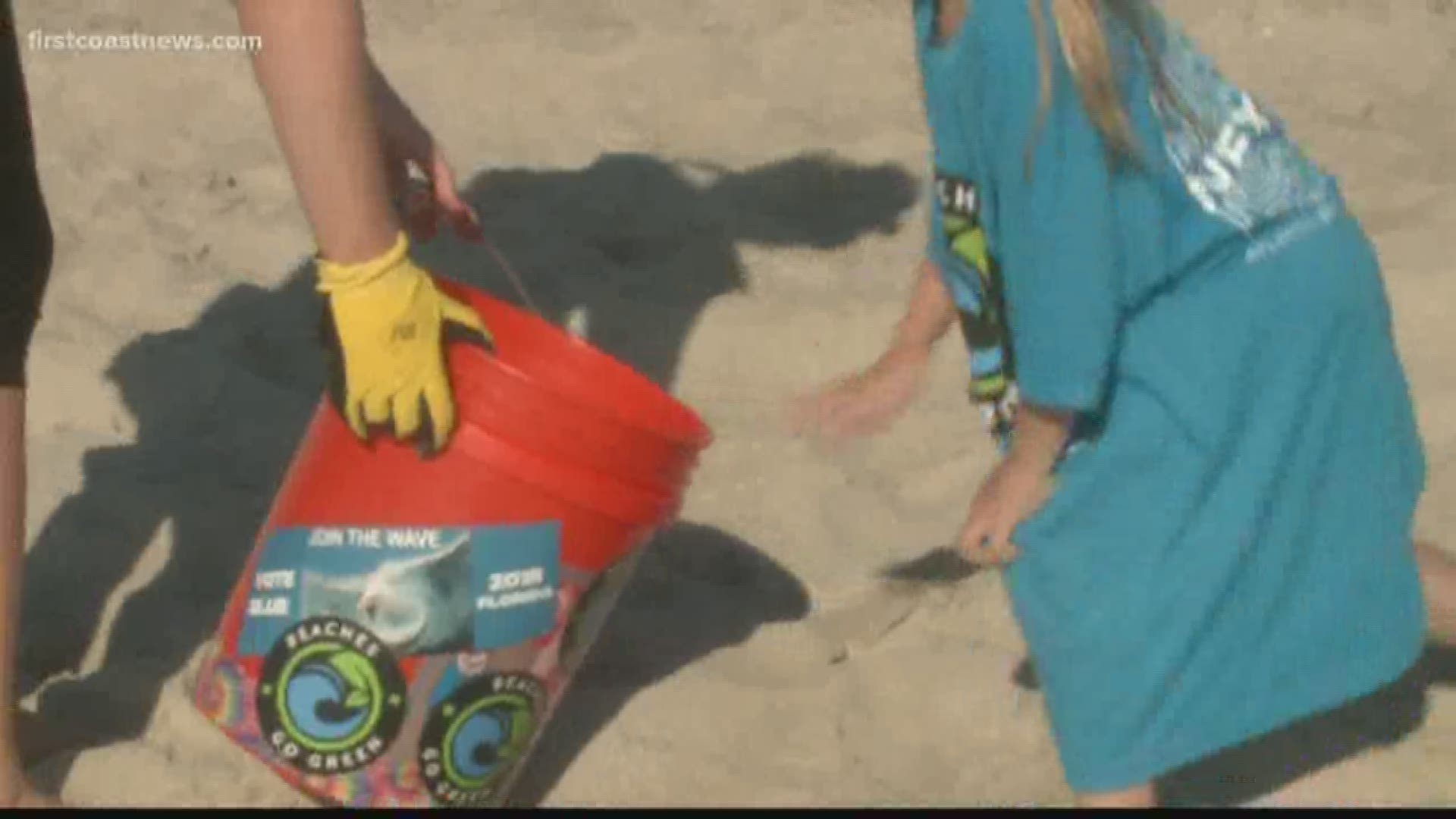 NEPTUNE BEACH — Amanda Brzoska has lived near the beach all her life.

This isn’t her first time taking out the trash that’s stuck in the sand. She also likes to bring her kids Savannah and Zale along.

Word got around fast about Beaches Go Green’s first cleanup event and dozens of people came to help.

Anne Marie Moquin says she’s happy with the turnout. Moquin wants to bring awareness to plastic pollution in oceans and encourage others to start recycling or reuse different items.

"Even if you do one small change in your life, all the changes can add up to something big and that’s the angle we’re coming from,” Moquin said.

“We don’t want to force people doing something they’re not comfortable doing, but we believe there’s so many things people can do and we can all make a difference together,” Moquin added.

Brzoska is keeping the beach clean not only for herself but for her kids.

The group says they also collected over 300 cigarette butts.