Tanks and armored personnel carriers passed through D.C. neighborhoods this week en route to the National Mall for President Trump's 'Salute to America.' 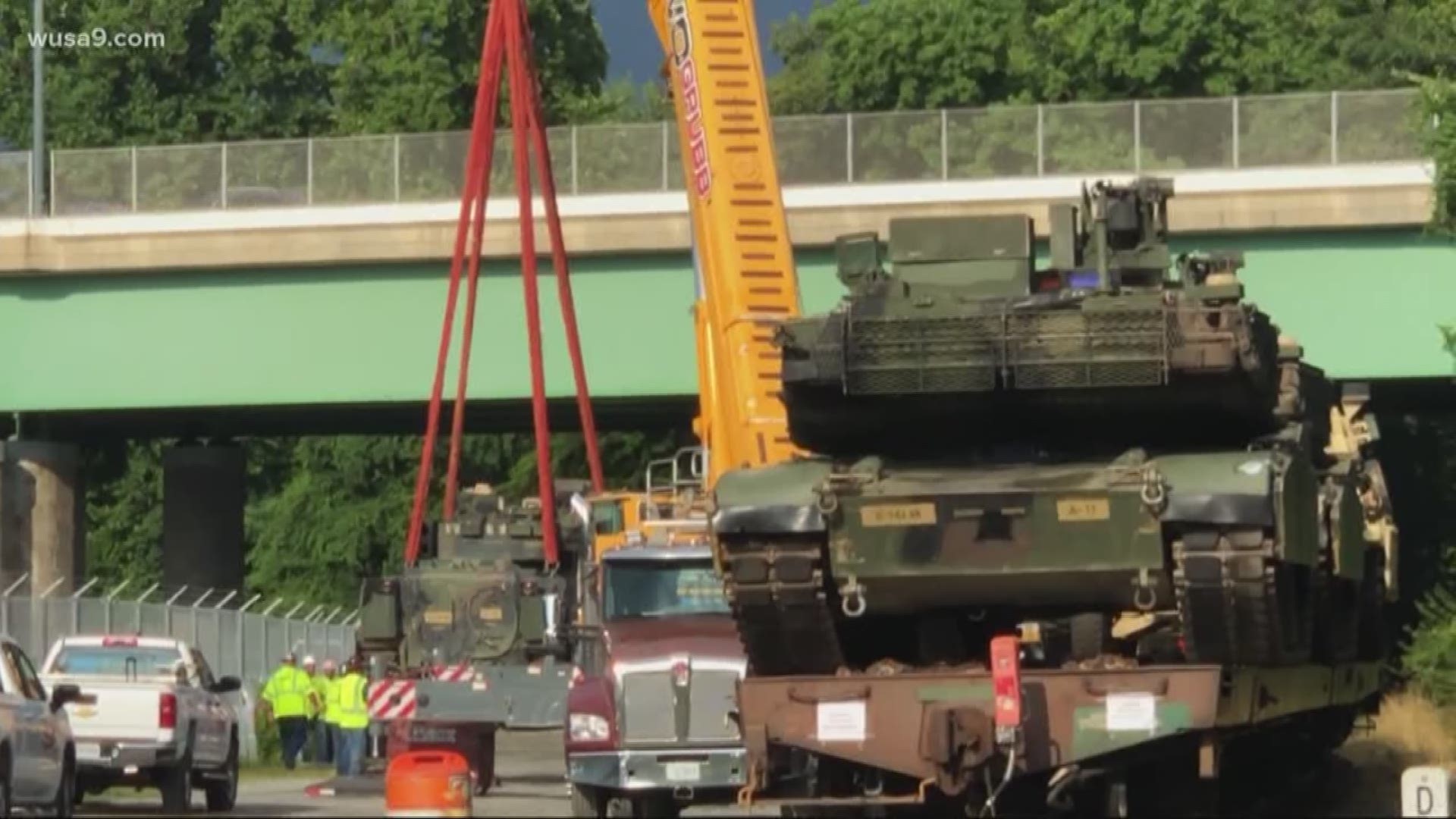 WASHINGTON — The military is telling Washington, D.C., residents not to panic if they see an armored personnel carrier rolling through their neighborhood.

At least two other armored vehicles, two M1A1 Abrams Tanks, are planned to be moved to the Mall Wednesday evening.

The routes the vehicles take into the city were not revealed, with details unavailable on where exactly they would be displayed or if all of the vehicles would be shown together.

The armored vehicles are part of a larger military-themed celebration the president said includes flyovers by the Navy’s Blue Angels and one of the jetliners used as Air Force One.

While the entire celebration has received criticism for its cost and deviation from the District’s traditional Fourth of July event, the tanks in particular have proven controversial, with Congresswoman Eleanor Holmes Norton saying “weapons of war have no place on the National Mall.”