A Southside gas station owner is asking people not to warm urine in the microwave. 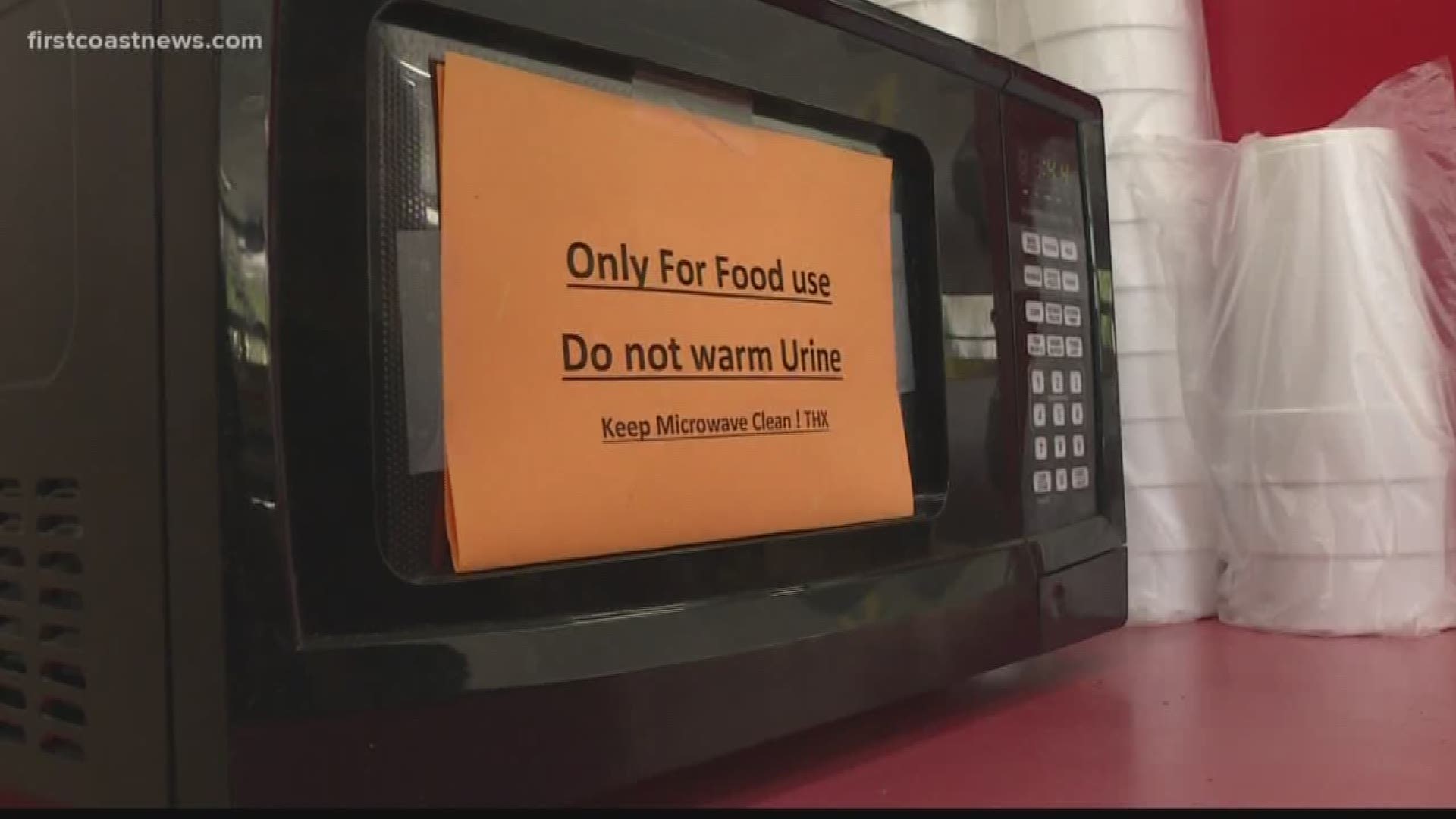 A Southside gas station owner is asking people not to warm urine in the microwave.

"We got sick and tired of people bringing their urine containers,” said Parul Patel, owner of On the Fly convenience store and BP gas station on the corner of Phillips Highway and Shad Road. “They're just random people walking and it's happening every day.”

The people who come in to do it are not customers, Patel said. "They walk in off the street, microwave urine containers then leave."

The gas station is within walking distance of a Quest Diagnostics and a LabCorp. Both companies offer drug testing services and collect urine samples.

Patel says some people walk into her store so desperate to pass their tests, they become violent when they’re asked to leave.

“We try to stop these kind of people,” Patel said. “They become so aggressive with us.”

A few months ago, one woman was so combative, Patel decided to put the now infamous sign on the microwave.

“She started cussing at me,” Patel said. “She said, ‘well where is the sign that says you can't use this for this kind of purpose.' That gave me the idea, ‘If that's what you're asking me, then I'll put the sign saying this is only for food use and not to use with your urine or anything else.”

A spokesperson for Quest Diagnostics said the location near the gas station does not collect urine samples. The nearest site that does is on Southside Boulevard about five miles away.