Dog that survived gator attack is reunited with owner after surgery

A dog that was attacked by a gator is reunited with his owner after days worth of surgeries. 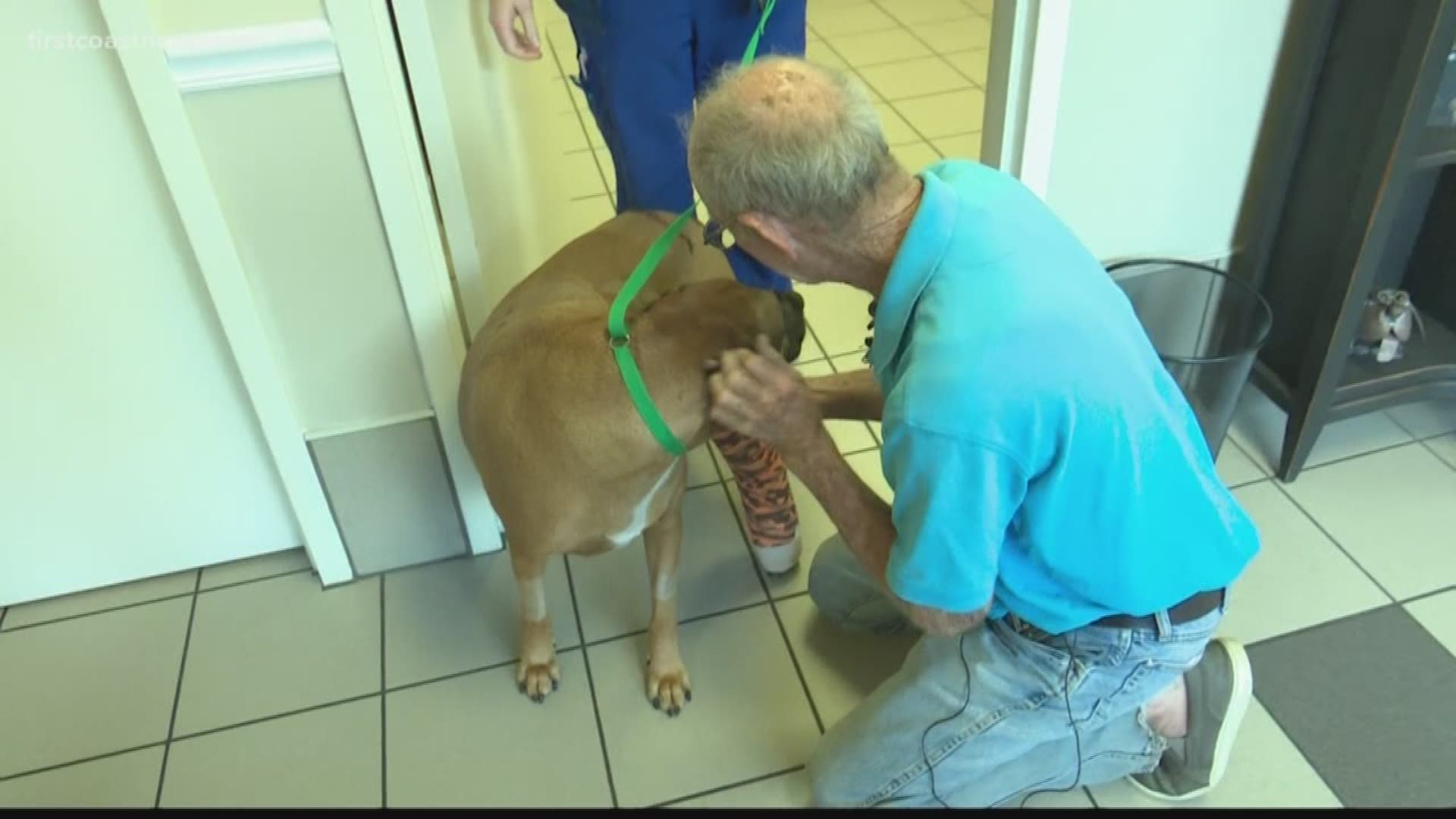 A dog is recovering after being attacked by a gator in Ormond Beach. A Jacksonville veterinarian spent about 5 hours in surgeries with him.

Dan Westberry said he got a call October 26 from his neighbor who told him his dog, Jack, had been attacked by a nine foot alligator. He immediately thought he was dead. "I just didn't think he was going to make it. He was so torn up, you could see all his thigh muscles," Westberry said.

On Friday, Westberry came to Jacksonville to pick him up. He was reunited with Jack after a few days away for treatment. "I just want to thank all the doctors and nurses for all the care they've given him," he said.

Dr. Mackenzie said the seven year old rottweiler-boxer was a good sport. "Even with the large lacerations and the fracture to his left rear leg, he was very comfortable, his tail was always wagging."

Jack has to be back for a check up on Monday, but he finally going back home to Omond Beach with Westberry. "He's my buddy. I've had him since he was four weeks old."

Westberry needs help paying for the surgeries, which he says cost almost $8,000. He has a GoFundMe account for the expenses, https://www.gofundme.com/qqz8f-rally-for-jack