Senator Cory Booker stopped at an early voting site at a Get Out the Vote event. 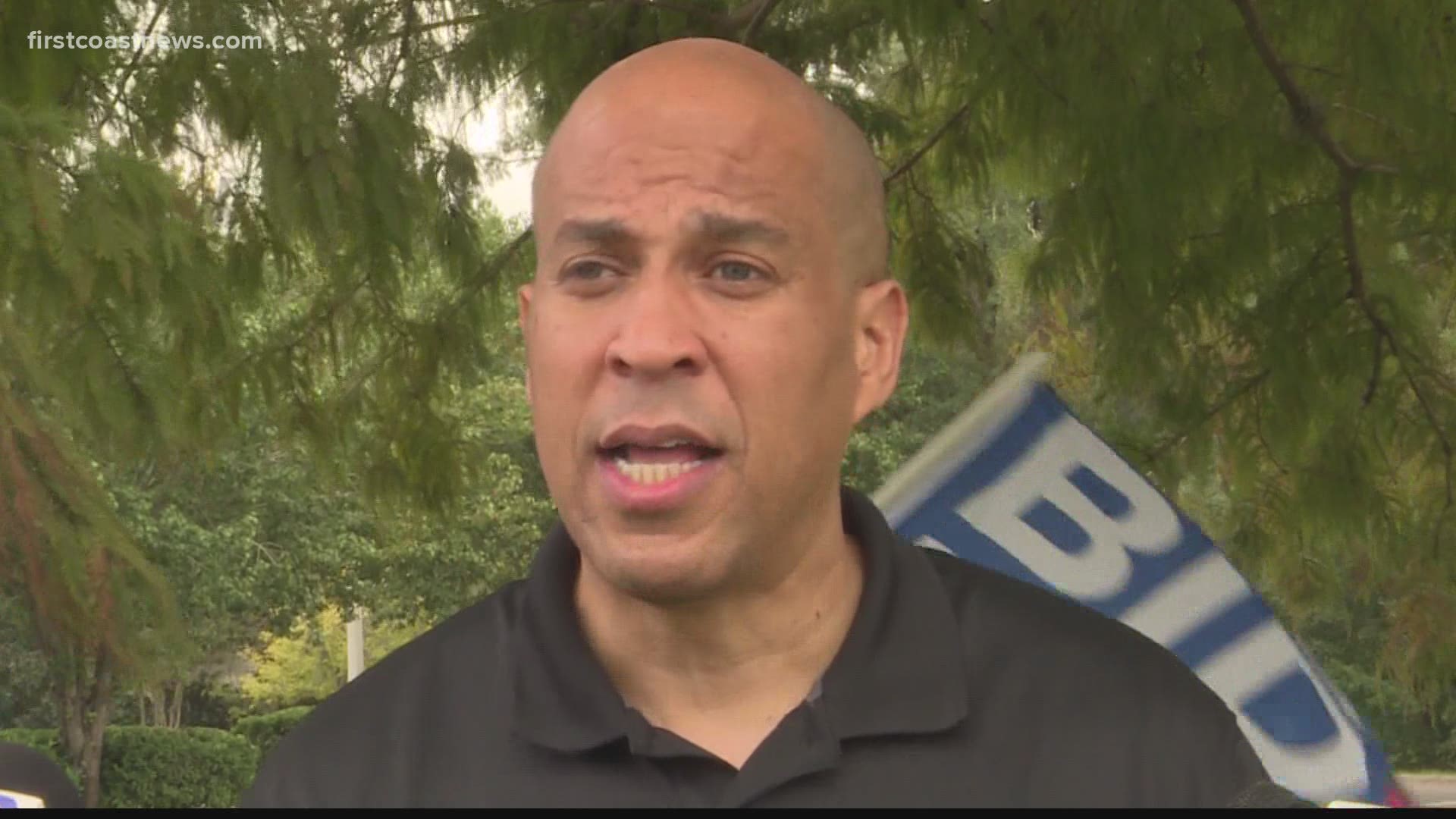 It was his third stop in the state Saturday alone, part of "Get Out the Vote" events across the state. Booker said Biden and Harris would keep health care and higher education affordable to all if elected. He also said Jacksonville is crucial to the Democratic strategy to win the state.

"This is the 'swingiest' of swing states in America and that's why people here should feel like 'I have so much power in my vote. I've got to use my power,' and this area of Jacksonville, the Biden campaign is playing a full-court press," Booker said.

"They're not looking at it at an angle. They want every voter to know you are valued and we need you to win and so I’m hoping this community, this great community, that has shown so many times through their activism and their engagement this is really a time now that everybody should come out and make their voices heard," Booker said.

Booker also spoke with voters about the importance of urging friends and family members who haven't voted to get to the polls. First Coast News asked Booker about a handful of topics in an interview following the event, from the environment to gun safety.

Regarding the environment and Biden and Harris's policies, Booker said they'd be against drilling off the coasts of Florida.

"Florida should know the environment is on the ballot, from protecting the Florida coasts from drilling, all the way to making sure we make sure we deal with the rising sea levels that are endangering large parts of this state, we have got to do it," he said.

"We can’t have a climate denier in the White House. We need someone like Biden who has this vision that we could actually save our climate and create millions of new jobs in the process," Booker said.

Booker also spoke about gun violence, something that has plagued the city of Jacksonville.

"Joe Biden believes in just common-sense gun safety, the kind of thing that even gun owners want, like universal background checks," he said. "You don’t want to have a nation where you can be on the terrorism no fly list, but can go buy weapons and go into a church or a mosque or a synagogue and kill people, so there are common sense things that we can do to make our community safer," Booker said.

Regarding COVID-19, Booker said Biden has a comprehensive plan to fight COVID-19 while helping the economy.

Eric Trump also visited Jacksonville Saturday, holding a rally in Jacksonville Beach campaigning for Donald Trump and Mike Pence. Early voting ends for a lot of counties on the First Coast Saturday but ends Sunday for Duval and Nassau Counties.