A Yulee woman is facing a DUI manslaughter charge after a passenger fell out of the vehicle she was driving and died, according to deputies. 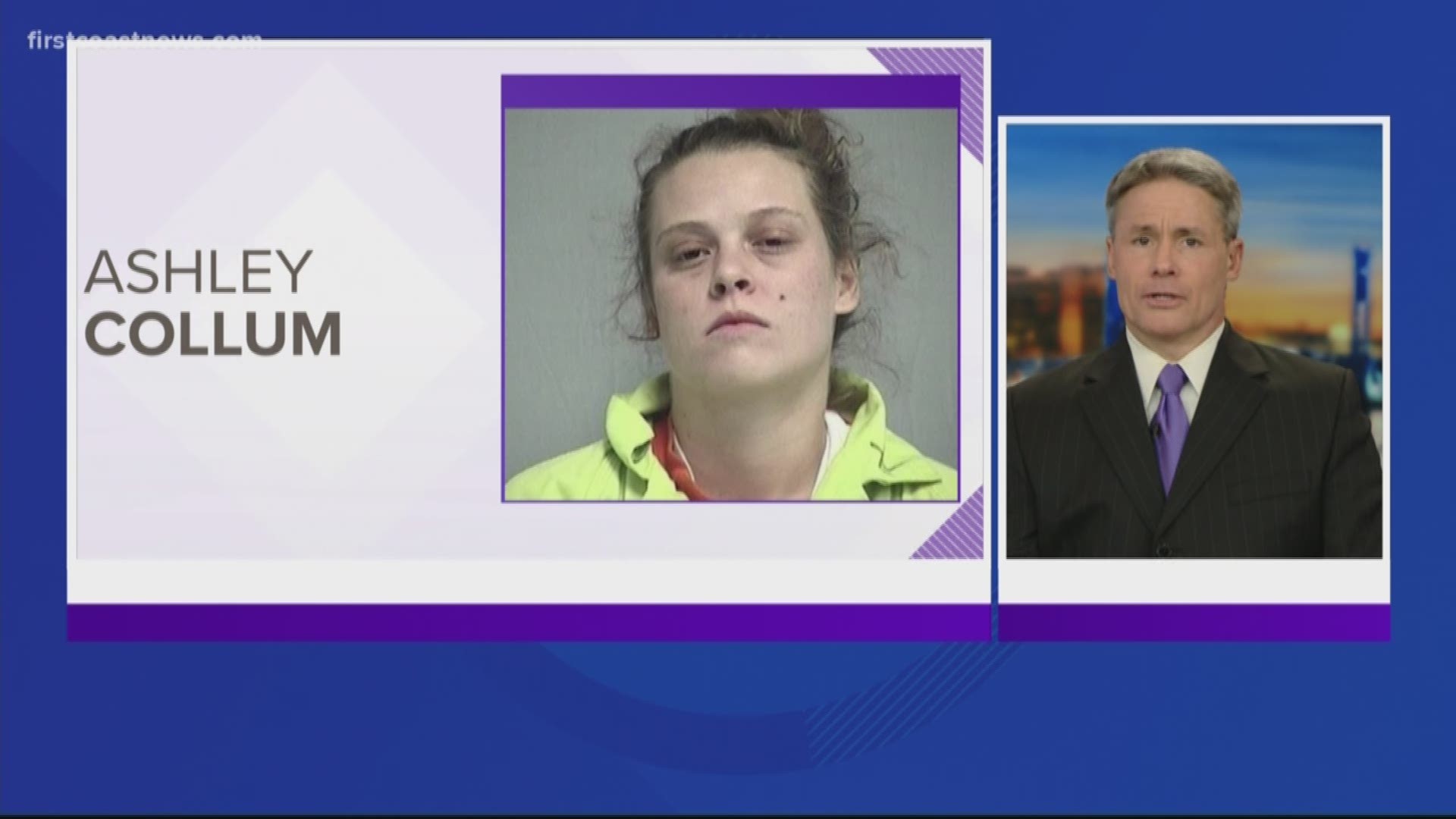 NASSAUVILLE, Fla. — A Yulee woman is facing multiple charges, including DUI manslaughter, after a passenger fell out of her moving vehicle and died Saturday night in Nassauville, according to the Nassau County Sheriff's Office.

Deputies said Ashley Collum, 23, was driving a 2010 Chevrolet Cobalt with two passengers down Duck Lake Drive from a party at around 9:30 p.m. While turning onto Merlin Drive, one of the passengers, a 25-year-old Yulee woman, opened her passenger-side door and fell out of the car and onto the roadway, the sheriff's office said.

Two witnesses at a stop sign near the scene told deputies they saw the driver of the Cobalt continue to drive off, leaving the scene.

The witnesses called 911 and deputies found the woman lying in the road with a severe head injury. The sheriff's office said the Nassau County Fire Rescue Department was called to the scene and the woman was pronounced dead.

Collum and the surviving passenger returned to the scene sometime later, deputies said.