She said she hoped for a new car for Christmas during Jacksonville's tree lighting ceremony in December; the teen was shot to death in that car three months later. 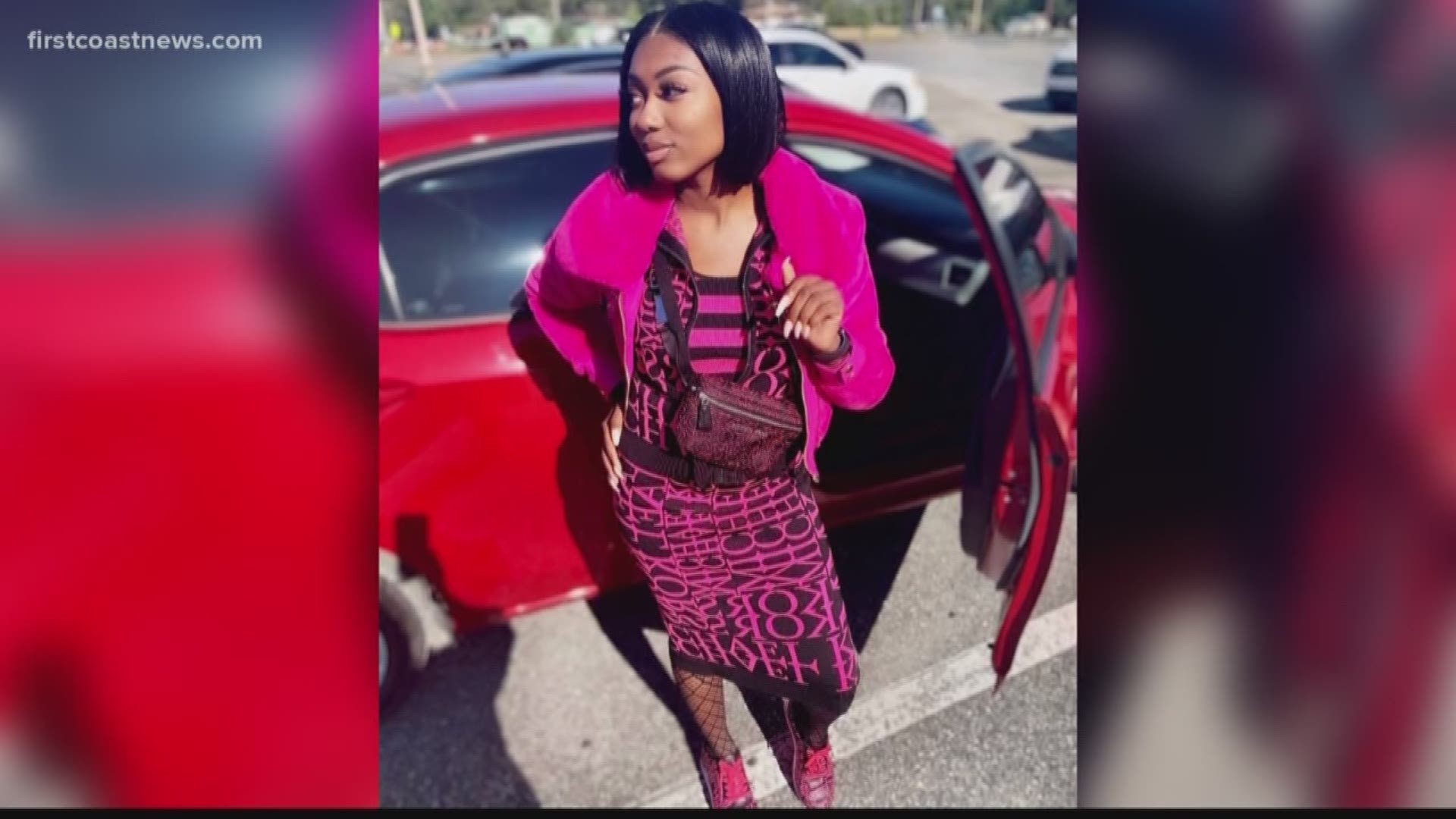 JACKSONVILLE, Fla. — She lit up television screens as Jacksonville lit up its Christmas tree the night of Dec. 4, 2019. In a chance interview at Hemming Park, Ribault High School junior Inandi Wyche told First Coast News she was hoping Santa would bring her a car for Christmas. She got her wish.

Just last Thursday, Wyche was shot to death in that car.

“Someone pulled in front,” close family friend Kenya Johnson described the scene as it had been relayed to her by police.

Wyche and a date were in her new car when another car approached. “Gray car, two-door, four-door sedan, two guys jumped out of the car and just opened fire on the car.”

The shooting happened about 7 p.m. Thursday, March 19 in the 4700 block of Portsmouth Avenue in Jacksonville. Her date would survive the attack but 17-year-old Wyche died at the scene. Johnson, speaking for the grief-stricken family, reminisced about her best friend’s daughter.

“She came up with her own name for me, 'Auntie Quinn,'" she said. "I’m going to miss hearing her say that to me.”

“She was always smiling. She walked into a room, she lights the room up,” Johnson continued. “I honestly don’t think [the shooting] had anything to do with Inandi. It couldn’t have. She just wouldn’t have been in that type of situation."

The night of the city’s Christmas tree lighting, Wyche had been at Hemming Plaza amid a crowd of many hundreds, beaming that smile as she gave her stamp of approval about the tree’s relocation from the Jacksonville Landing in previous years.

Johnson said Wyche was an accomplished cheerleader and model with dreams of becoming a pharmacist, but that the impromptu chat for First Coast News viewers sparked another possible direction toward a television career.

“To be interviewed by you and, yeah, it set something under her feet and she was ready to go!” she said. “And we know she would have been great at it.”

As the family prepares for Inandi Wyche’s wake and funeral, Johnson said the fear of coronavirus is an added layer of grief.

“To cope with her being gone and then have to deal with the upset of possibly not even being able to have a proper funeral for her,” Johnson said.

Valerie Glover of Patterson Funeral Service, where Wyche’s wake will be held, acknowledged that even funerals have to abide by restrictions meant to curb the spread of coronavirus.

“We’re just asking everyone to be sympathetic with the family for this tragedy that has happened,” Glover said in a phone interview, “and be mindful of the distance that we’re trying to do as far as social gatherings.”

Johnson echoed a request by the Jacksonville Sheriff’s Office, that anyone with information or surveillance video from near the scene of Inandi Wyche’s murder to come forward.

“Especially for her Mom, who – Inandi was her everything,” Johnson said. “So please pray for them.”

Inandi Wyche's wake and funeral service information can be viewed by clicking this link: https://www.pattersonfuneralservice.com/obituaries/Inandi-Gayle-Wyche?obId=12496177

Wyche is featured in the video below, filmed in Hemming Park in December.