Security footage showed a man stole her cellphone as she was lying on the sidewalk dying. 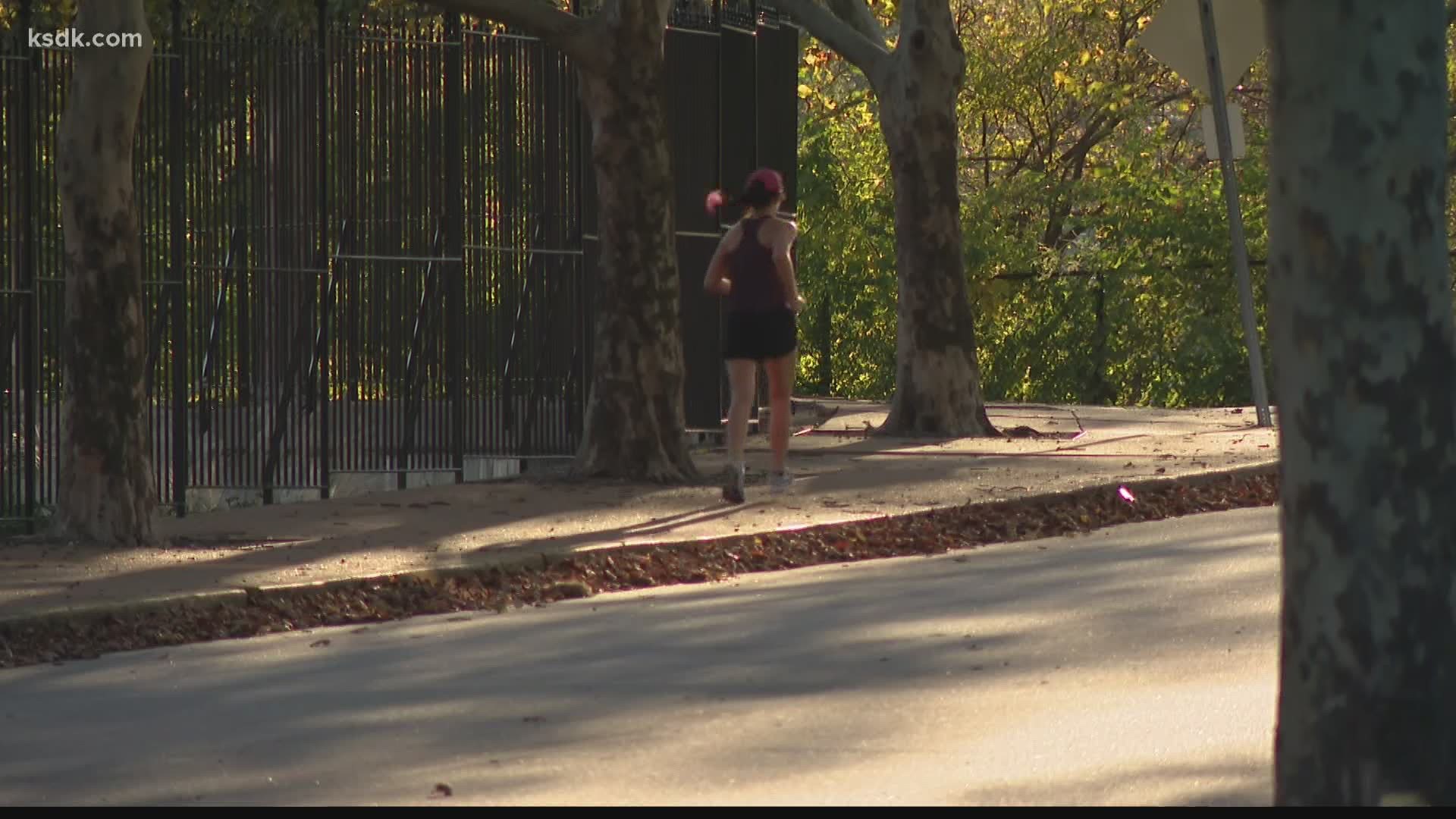 ST. LOUIS — Someone stole a cellphone from a 64-year-old woman who was suffering from a heart attack as she lay dying on the sidewalk near the Anheuser-Busch Brewery in St. Louis Sunday.

The woman was identified Friday as Jacquelyn "Jackie" Olden, according to the St. Louis Medical Examiner's Office.

Police said Olden was jogging in the 1200 block of Lynch Street near the north side of the brewery when she collapsed. She was brought to a hospital at about 1:45 p.m. and pronounced dead about an hour later.

Surveillance footage showed her roll onto her back and sit up to try and use her cellphone. She stood up once more but collapsed again headfirst without trying to brace herself.

A man in a late model red Dodge Caravan can then be seen getting out of the van and picking up Olden's cellphone. He gets back into his van and drives away eastbound along South Broadway.

Friday afternoon, St. Louis police released surveillance video from the area. The video shows a blurred image of what appears to be Olden on the sidewalk.

Recognize anyone in this video or the red van? Detectives need help locating the witness and/or suspect in an incident where an unconscious woman's phone was stolen on 10/18 in the 1200 block of Lynch. Have info? Call a 3rd Dist. Det @ 314-444-2500. More: https://t.co/AIrUGMogPs pic.twitter.com/FEyKpFJOrl

Mike Heath lives in the neighborhood.

“There’s a lot of people out there that just take advantage of the people that are down, so it’s sad,” said Mike Heath.

“You would think somebody would actually stop. Why would someone stop and steal her cellphone? It’s kind of desperate. It’s just sad to hear that that’s what people are doing out there. They’re not helping somebody out; rather, just rob them while they’re down,” Heath said.

Olden recently retired as a kitchen assistant at Rossman School, according to a Facebook post from the private school in west St. Louis County.

She stepped down from her role back in May but was on campus this past Tuesday to be honored for her commitment to the school community.

“For seven years, her bright smile and positive spirit were an encouragement to all who entered the Dining Room, and she modeled strength of character and bravery to our students when she shared stories of her service in the Air Force during last year’s Veterans Day assembly,” Rossman School wrote in its post.

“Mrs. Olden was a true role model, a dear friend and an esteemed colleague. She will be missed tremendously.”