Jill Agonis, 65, is charged with second-degree murder with a firearm in connection to the death of William Arthur Keefe, 81, who was found dead in St. Augustine. 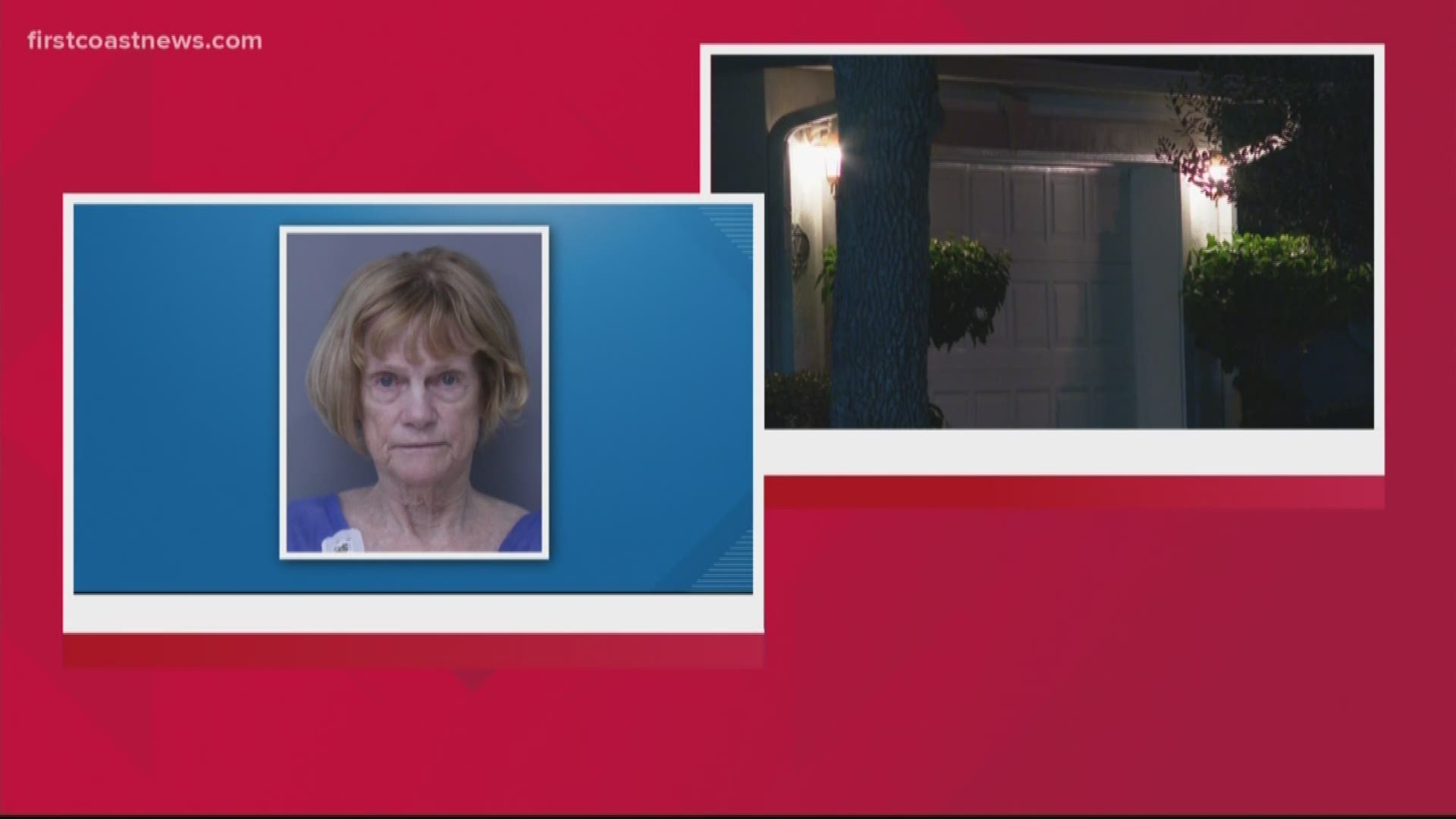 ST. AUGUSTINE, Fla. — A woman was arrested Tuesday and is facing charges in the murder of an 81-year-old man who was shot dead in St. Augustine, according to the St. Johns County Sheriff's Office.

Jill Sheila Agonis, 65, is charged with second-degree murder with a firearm in connection to the death of William Arthur Keefe, 81.

Deputies said Keefe died Oct. 18 of multiple gunshot wounds inside a home in the 900 block of Oxford Drive.

That day, St. Johns County deputies said they received a call from someone in a northeastern state who said a St. Augustine resident was going to harm herself and another person. Deputies eventually found Agonis sitting a vehicle in a driveway with self-inflicted "cutting/stabbing" wounds, a news release said.

Agonis was taken to a hospital after officers rendered medical aid. Deputies entered the home and found Keefe dead, according to the news release.

Agonis was arrested Tuesday with help from the Clay County Sheriff's Office after she was released from the hospital.