With new DNA evidence, family of man convicted of church murders calls for Brunswick DA to 'do the right thing'

Thirty-five years after a deacon and his wife were murdered inside a Camden County church, the Georgia Bureau of Investigation has reopened the case. 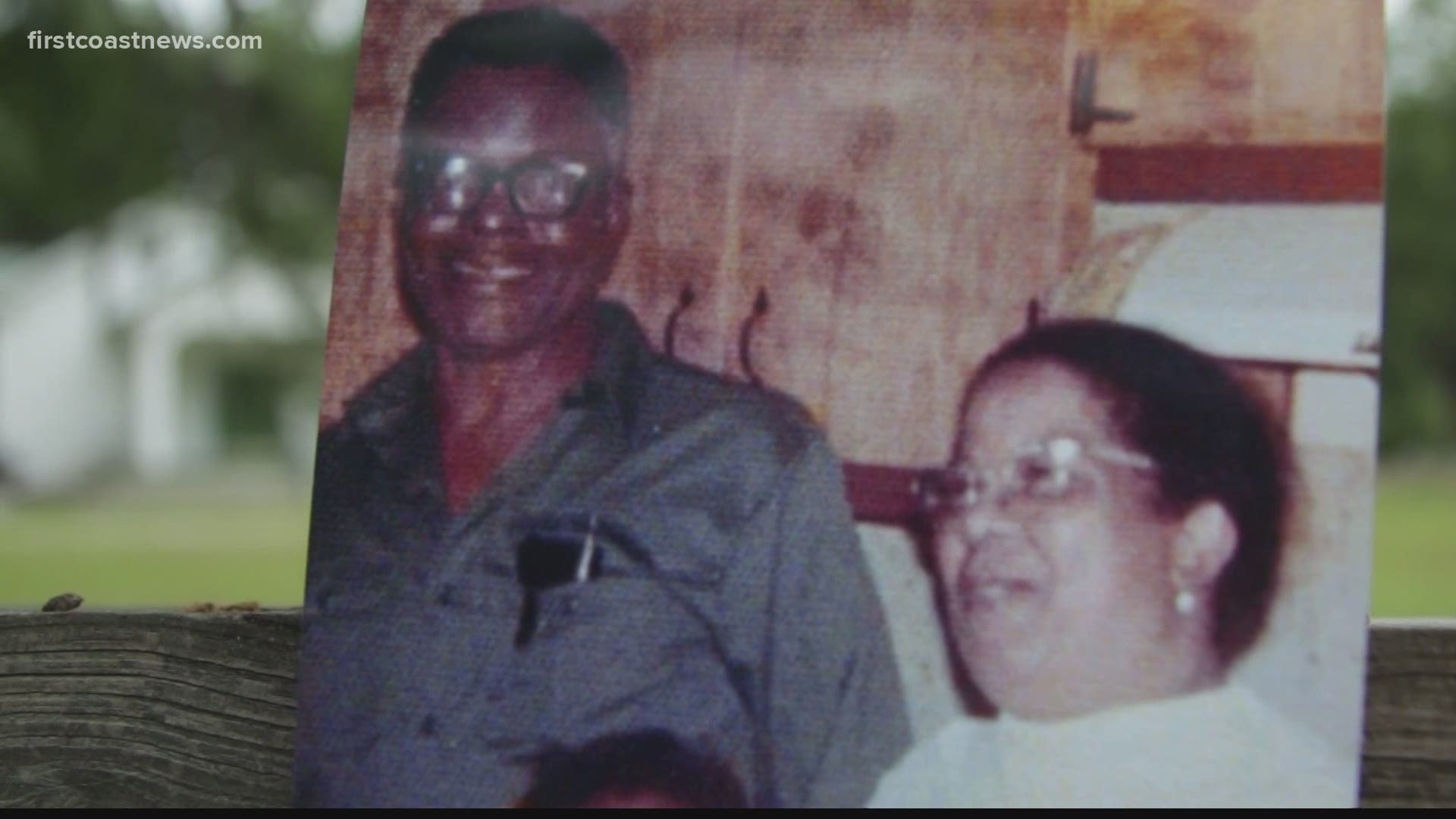 CAMDEN COUNTY, Georgia — For nearly 20 years, the murders of Harold and Thelma Swain were a closed case. The couple was shot to death inside a small African American church along Highway 17 in Waverly, Ga. It was 1985. A white man came inside during a missionary meeting.

“He said 'I want to speak to him,' and he peered into the church, pointed at Harold Swain and that's when some of the women looked over and got a quick glimpse of him through the swinging doors,” Susan Simpson said.

Simpson is an attorney and host of the Undisclosed podcast, which investigates wrongful conviction cases. She said, as Harold Swain was talking to the man inside Rising Daughter Baptist Church, the women heard a scuffle, then gunshots. Thelma Swain ran to help her husband.

“As soon as she pushed open these swinging doors into the entryway, she was shot once and died,” Simpson said. “Harold Swain was also shot four times and he also died in the entryway.”

For 15 years, police had little to go other than a pair of glasses found near the victims’ bodies, and a composite sketch. But, in 1998, a new lead investigator was brought on board to work the case. He focused in on Dennis Perry, now 58, who was arrested in 2000.

Perry’s grandparents lived in Waverly not far from the church, though Perry lived hundreds of miles away, near Atlanta, when the murders happened.

His family believes his arrest was politically motivated because it was an election year and solving a cold case could benefit elected officials.

“I think that he was a scapegoat of sorts,” said Suzanne Baugh, Perry's cousin. “No money, no family ties to power. He was just easy. It was easy to pick him.”

Perry first became a suspect years earlier after a tip was called in saying he resembled a sketch of the killer, but he was ruled out. His wife, Brenda Perry, said he had moved on with his life.

Credit: Sheriff's Office
One of the original composite drawing of the suspect in the slayings of Harold and Thelma Swain.

“He was cleared by GBI agents,” Brenda Perry said. “So, he just went on about his life. You know he lived his life."

She said her husband never looked back because he knew he was innocent.

"Then they stopped him and that day in 2000 and he hasn't been home since.”

No physical evidence linked Perry to the scene, so the state built its case largely around the testimony of a now-deceased Camden County woman, who the jury and defense were not told was interested in, and would later receive, a large reward. She testified Perry, who had dated her daughter around the time of the murders, told her was going to kill a black man who didn't let him borrow money.

Perry was convicted of the murders and agreed not to appeal his two life sentences in exchange for the death penalty being taken off the table. Now his legal team, Georgia Innocence Project and King & Spalding, says new DNA evidence proves he is not the killer.

“To sit there for 20 years for something that you didn't you do. It's hard. It's hard. You know what the hardest part is? When you go to visit him, he doesn't hold a grudge. He holds no anger,” Brenda Perry said.

Credit: Brenda Perry
Dennis Perry was granted a new trial after being convicted of the murders of Harold and Thelma Swain.

In April, Perry's legal team filed a motion for a new trial based on that new DNA evidence. An investigator working with the Georgia Innocence Project got a hair DNA sample from the mother of a former suspect who had been cleared. It was submitted for mitochondrial DNA testing, the type of DNA a mother passes on to her children. According to the motion, in March it came back a match to hair found on the glasses at the crime scene, pointing to that former suspect.

The evidence is strong enough that Perry’s attorneys said it’s unlikely he would have ever been prosecuted if it had been available then.

“This is also a person whose DNA, mitochondrial DNA was found at the scene and who also confessed repeatedly to the crime and also had a pair of glasses that looked exactly the ones that were found in the church and had been lost the week of March 11th when the murders happened in 1985,” Simpson said, talking about the man the DNA evidence points to, according to Perry’s legal team.

Perry was part of the 99.60% North American population excluded as a contributor of the DNA.

“His DNA wasn't at the scene. He didn't even wear glasses,” Baugh said. “It means he's innocent, and he served someone else's time; means that he set in jail because there's people out there that didn't want to listen to the evidence, that wouldn't pay attention to the evidence and just wanted a conviction because it was election year,”

A law enforcement officer who worked the case also believes Perry's conviction was a "travesty of justice."

Joe Gregory, a retired GBI Investigator said, “He has paid for something he didn't do for 20 years, and I just hope this is finally get him out of there.”

Gregory testified at Perry's trial. He said he vetted Perry’s alibi and has always believed Perry was at work near Atlanta more than four hours from the church on the day the Swains were murdered.

“We could put Dennis Perry in Jonesboro, Georgia within minutes, you might say no more than an hour, prior to the killings, and it was impossible for him to, I don't care what mode of transportation you want to say he had, for him to get from Jonesboro, Georgia, to the church,” Gregory said. “He could not have done that.”

After interviewing dozens of people connected to the case, Simpson said the state's arguments just didn't add up.

“The prosecution's theory always relied on Dennis Perry being some kind of drug addicted vagrant who was down on his luck and he didn't like and hard drugs and who was a racist who wanted to kill a black person and none of that fit,” Simpson said. “I spoke to several people he was incarcerated with over the years, black men who were in close quarters with him all the time for years on end and none of them had ever seen him be racist in the slightest.”

On May 13, 2020, the GBI and the Camden County Sheriff’s Office reopened the case at the request of District Attorney Jackie Johnson. The GBI says it will reexamine the investigation and evidence in the case to determine the significance of the DNA findings. Based on the results, Johnson’s office says, the DA will review the case and determine how to proceed for the hearing on Perry’s motion for a new trial.

“We are surprised and disappointed to learn that the District Attorney waited six weeks after we provided the DNA results to ask for this assistance. While we are heartened that the GBI is now investigating the new DNA evidence that implicates an alternative suspect and further exonerates Dennis Perry, in the meantime Mr. Perry remains in prison for crimes he did not commit. He should be released immediately,” The Georgia Innocence Project and Perry’s legal team said in a statement to First Coast News.

Perry is being represented pro-bono by King & Spalding law firm.

Dale Bundy, the now retired GBI investigator who zeroed in on Dennis Perry told First Coast News the new DNA evidence is interesting and bears further investigation by the GBI.

“I will of course cooperate with them in any way that I can,” Bundy said.

Credit: First Coast News
Harold and Thelma Swain were murdered inside their church on March 11, 1985.

The Swain family did not know the case had been reopened until First Coast News reached out to them. They declined to comment for this story.

“Justice will be that person arrested and brought to trial for the Swain murders and to let my cousin Dennis Perry go. Free Dennis Perry. That's what we want,” Baugh said. “It’s been long enough. It’s time for the DA in Brunswick to do the right thing.”

A hearing has been scheduled in the motion for a new trial for July 13, 2020, in Glynn County before Chief Judge Stephen Scarlett.

“We are hopeful to know the results of the GBI’s efforts and to be in a position to respond further prior to the hearing,” Johnson’s Office said. 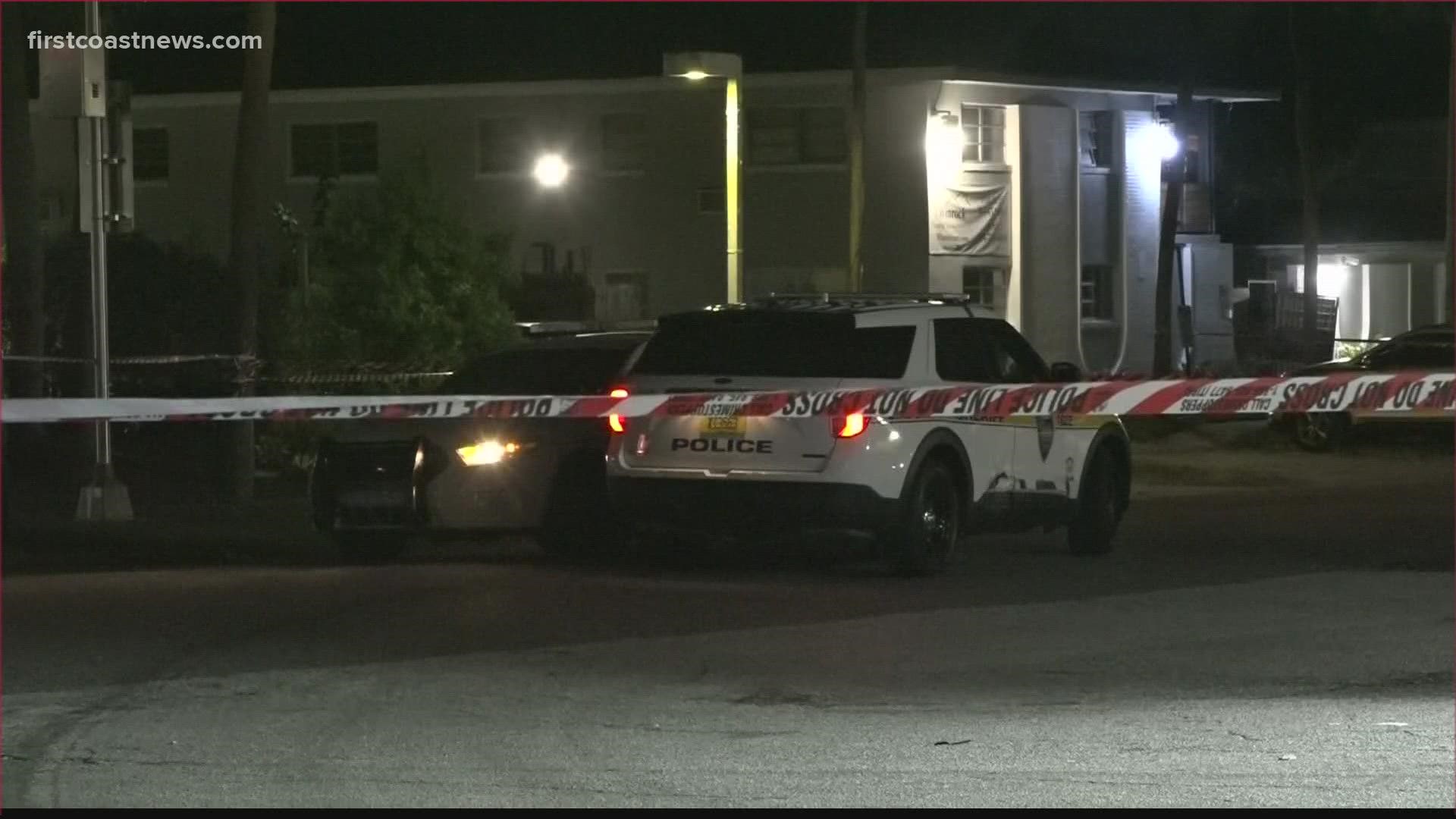