"She has lost weight and her hair is falling out, she is vomiting," court filing claims. 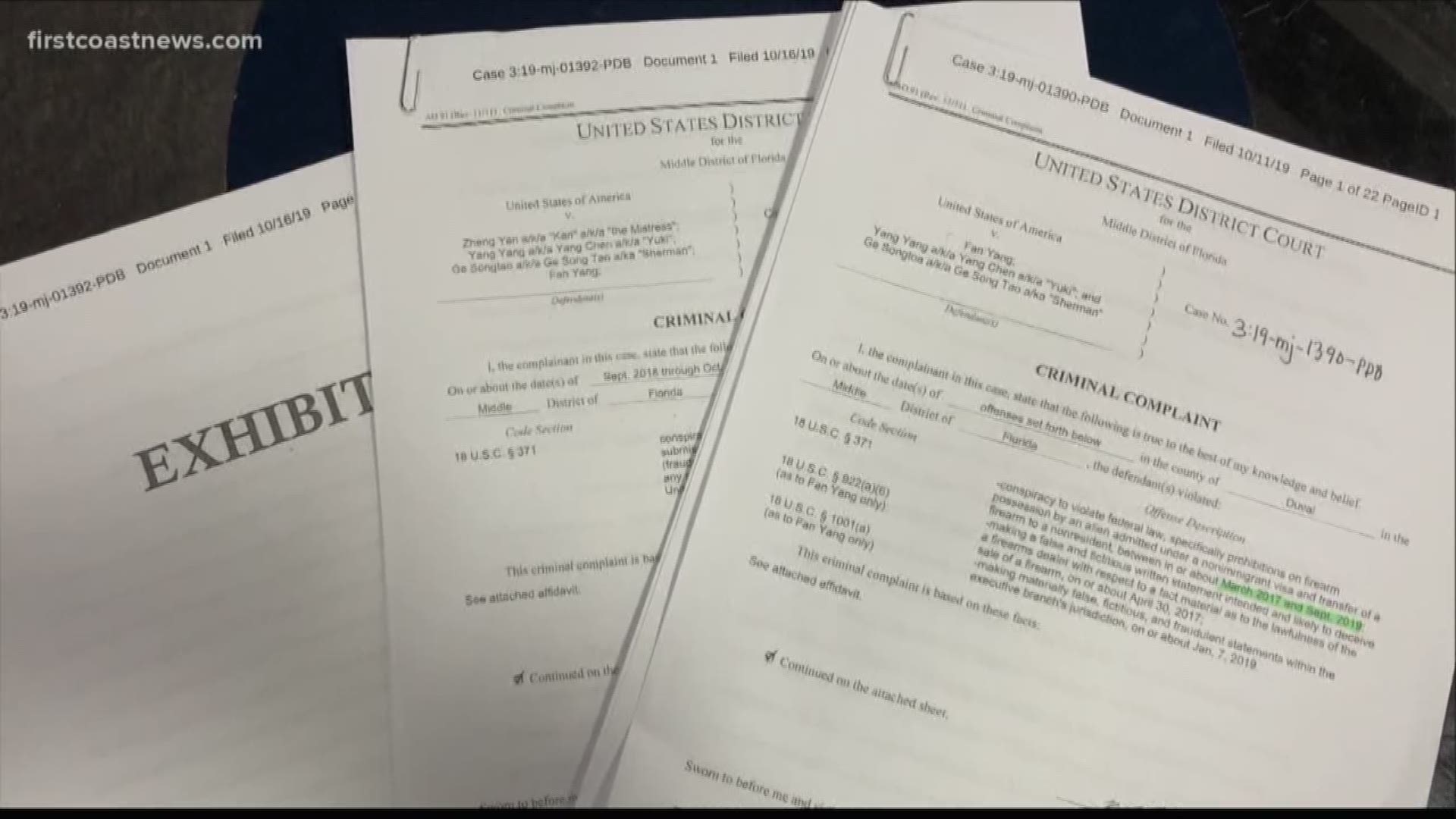 JACKSONVILLE, Fla — The first Chinese American citizen charged in a national security case in Jacksonville isn't receiving proper medical treatment and is suffering as a result, according to a court filing in the case.

“Yang Yang is sick. She has lost weight and her hair is falling out, she is vomiting, and has severe body aches. She has not seen a doctor since becoming ill,” begins the objection to “the deliberate indifference” of the U.S. Marshal's.

Yang is the wife of Navy Lt. Fan Yang, who was born in China but became a U.S. citizen in 2006. Fan Yang held a top-secret U.S. security clearance and served in the Navy’s anti-submarine warfare unit, with an assignment at Naval Air Station Jacksonville.

The couple was arrested in October in a joint FBI and NCIS raid on their San Jose home. They have since been charged with conspiracy to defraud the United States, importing and manufacturing firearms, transfer of a firearm to a non-resident and conspiracy to violate federal law. They have pleaded not guilty.

According to the filing, Yang’s attorney attempted to call the U.S. Marshall’s Office to get her medical care.

The filing says said the person who answered the phone said the Marshal's Office wasn't responsible for her care, and that it was up to the Baker County Detention Center, where she is housed.

The filing says the interaction demonstrates “deliberate indifference to the medical needs of Yang Yang.”

A hearing was held on Yang's filing. Magistrate Judge James Klindt instructed the parties to take Yang to be seen by a doctor and to let him know when that has happened. He will schedule a status hearing after that to follow up.