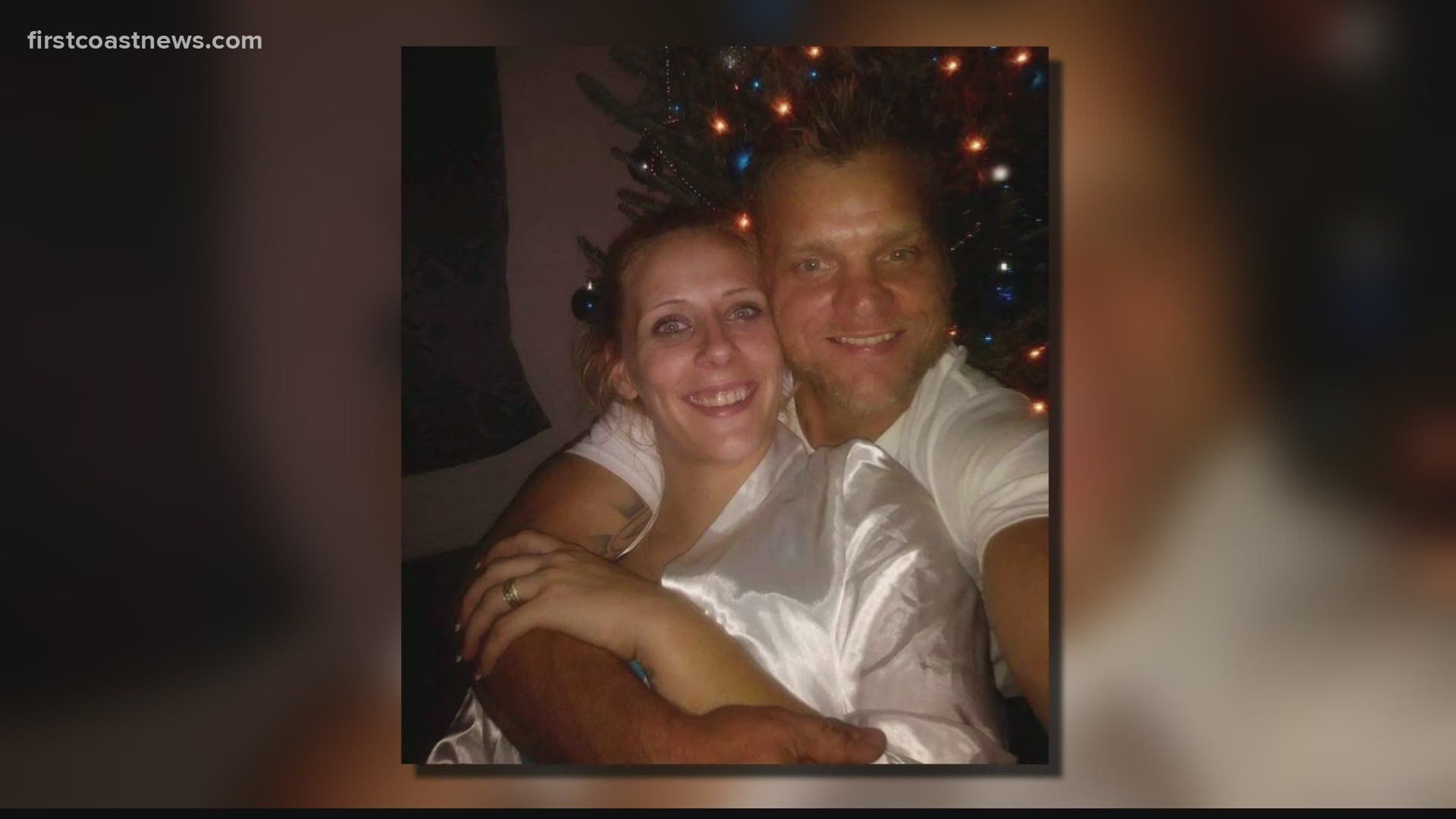 Police said her husband was kidnapped and robbed. Gaddis’ husband says while he was gone, that’s when she was killed.

Daniel Gaddis says he was dropped off at his home, and when he went inside his wife was missing.

He called police, and when they arrived, they found a trail of blood leading to Amber Gaddis, who had tried to run to a neighbor’s house for help.

A husband is heartbroken after his wife of four years was killed.

“She was perfect man, she was a great person with a big heart, she loved everyone and cared about everyone,” Daniel Gaddis said, calling his 30-year-old wife Amber Gaddis an angel.

“I loved Amber with all my heart. She was like the air in my lungs,” Daniel Gaddis said.

Police say Amber Gaddis was killed during a home robbery on Saturday morning in the 5300 block of Kingsbury Street.

Daniel Gaddis says he left his house willingly with acquaintances then was dropped off at an apartment complex where he was robbed.

He believes those men went back to his home and tried to rob his wife.

“She opened the door because it was someone she knew, and then they tried to rob her and I wasn’t there,” Gaddis said.

Daniel Gaddis was dropped off near his home around 12:30 a.m., he said.

He entered his house, but says his wife was not there, so he called the police.

Belongings were missing, and Daniel Gaddis told police he thought his wife was kidnapped.

Police and Daniel Gaddis searched the area and found Amber Gaddis dead at a neighbor’s home.

Daniel Gaddis is now focused on consoling their children and is hoping that police find the men who did this.

“I wasn’t kidnapped, it was planned. It was like a setup. They planned it out, came to the house. Their intention was to rob us,” Gaddis said.

The Jacksonville Sheriff’s Office’s investigation is ongoing at this time.

They say officers spoke with a man at the scene who said he was robbed by three men in a dark-colored vehicle.

RELATED: JSO: Wife of man found dead at neighbor's home after man says he was kidnapped, robbed by 3 men