Who is Aiden Fucci? What we know about the teen accused in Tristyn Bailey's murder

Aiden Fucci was a classmate and reportedly a friend of Tristyn Bailey at Patriot Oaks Academy. He now faces second-degree murder charges. 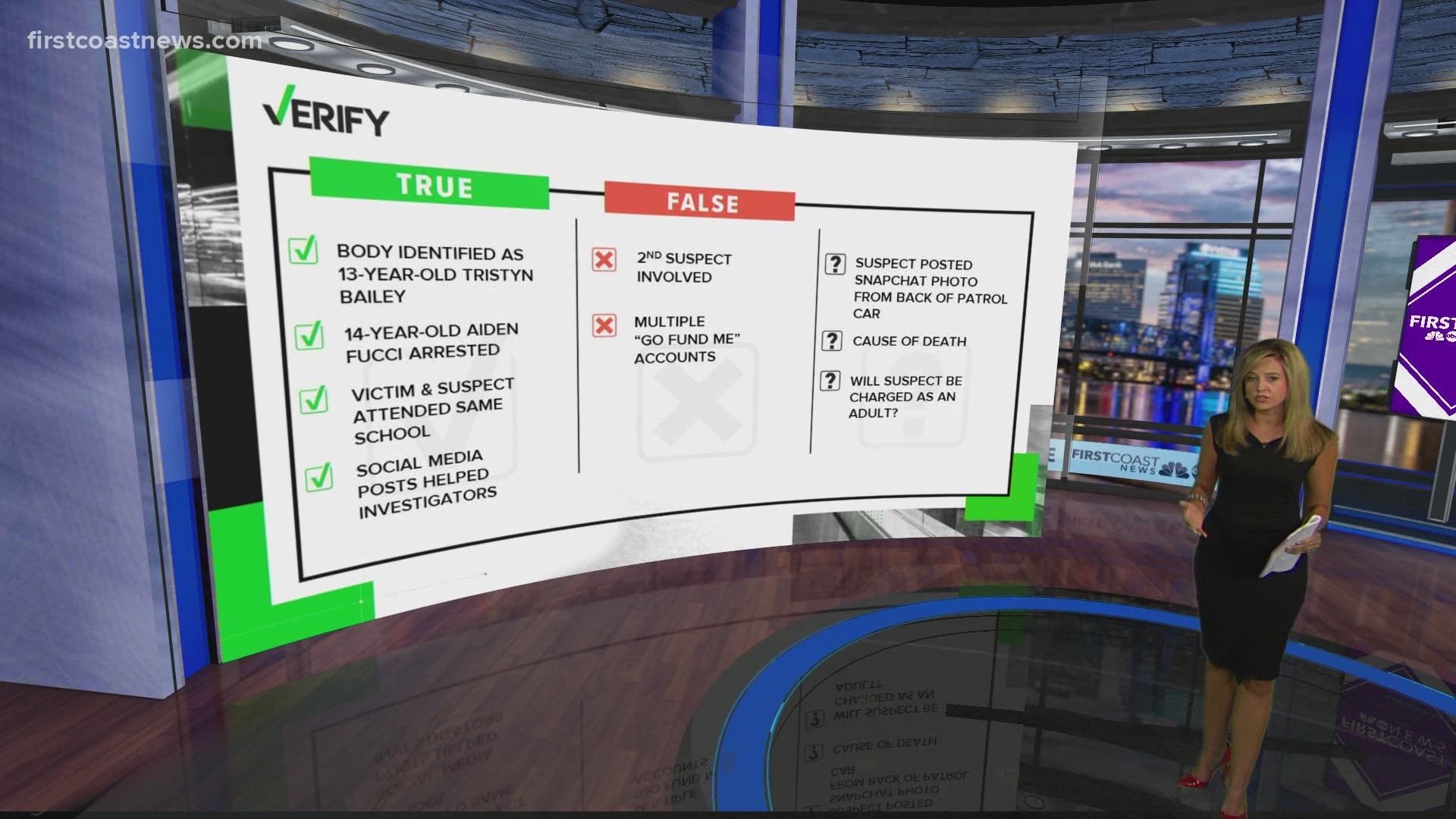 When school let out for the weekend last Friday, Aiden Fucci was a 14-year-old student at Patriot Oaks Academy. On Monday, he was behind bars charged with the murder of a beloved cheerleader.

Fucci and 13-year-old Tristyn Bailey were both students at Patriot Oaks Academy, a K-8 school in St. Augustine, according to the St. Johns County Sheriff's Office. They also lived in the same neighborhood in a small, tight-knit community in St. Johns County.

The pair's classmates told First Coast News they were friends. However, classmates said they were not in a relationship with each other.

On Sunday, Tristyn's body was found in a wooded area in the Durbin Crossing neighborhood. She had been reported missing earlier Sunday morning and was last seen alive at about 1:15 a.m. The St. Johns County Sheriff's Office said her body was found clothed but did not give any further detail on the condition of the body or how she died.

During a press conference held Monday afternoon announcing Fucci's arrest, the St. Johns County Sheriff's Office said the charge of second-degree murder "came up with the cooperation of us, the Office of the State Attorney and our investigative team." However, the sheriff's office did not give specific details on what they believe connected Fucci to Tristyn's murder.

Rather, the sheriff's office said they would give updates to the case to Tristyn's family before they are made public.

The sheriff's office addressed rumors on social media claiming there was more than one suspect, saying Fucci is the lone suspect in the case.

As of Monday evening, Fucci is charged with second-degree murder. However, the sheriff's office said during Monday's press conference those charges could be upgraded at a later time.

The sheriff's office explained they were working with the State Attorney's Office to determine if Fucci will be charged as an adult. As of Monday, he is in the juvenile detention center.