First Coast News spoke to the president of a local union that Timm had become affiliated with. He was training to become a sound engineer. 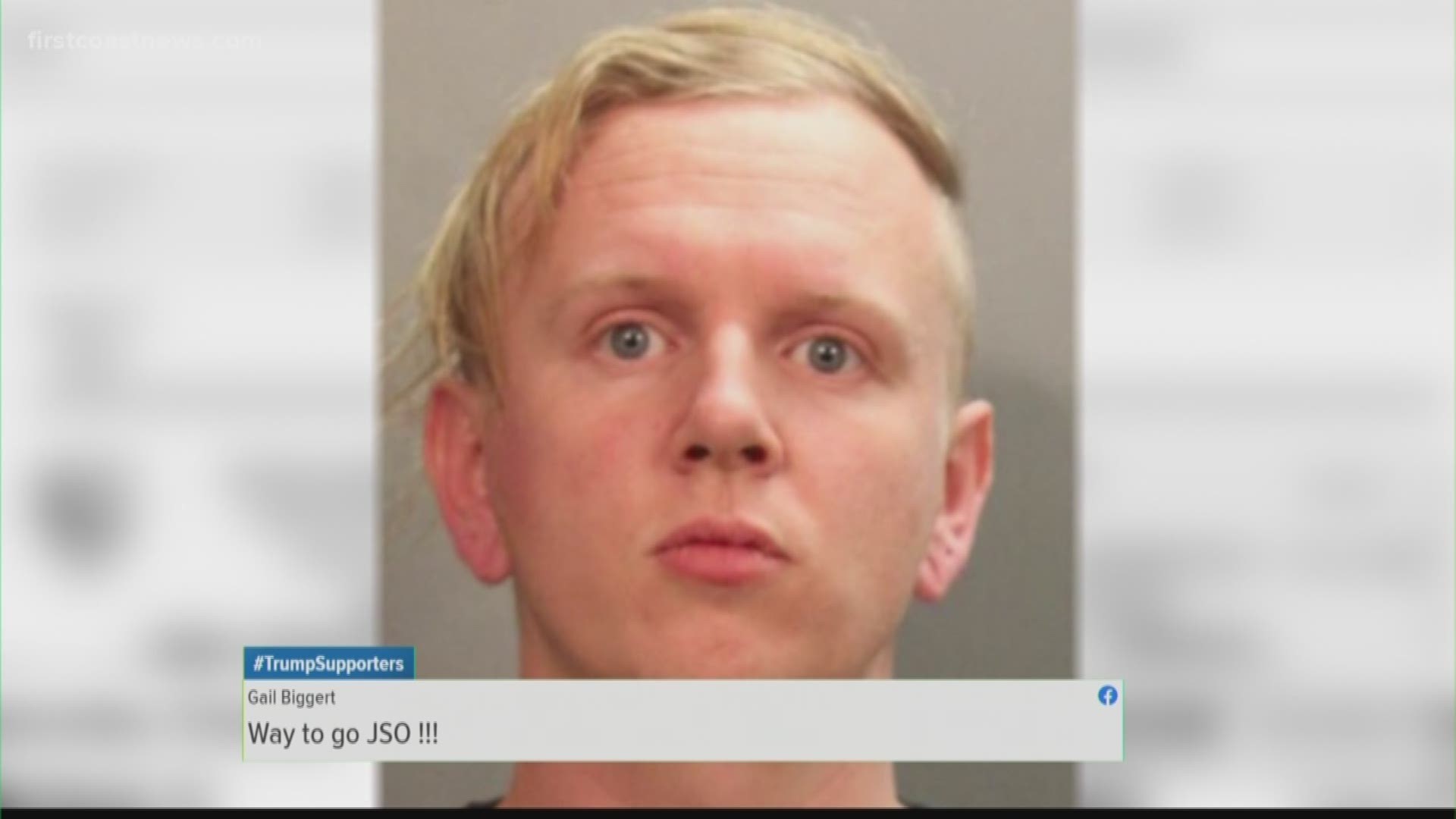 JACKSONVILLE, Fla — The man arrested Saturday after reportedly crashing a van into the tent of a Republican voter group was training to become a sound engineer on the First Coast, according to the president of the Jacksonville branch of International Alliance of Theatrical Stage Employees.

Phillips said he went by "William," and that he was hired at ASM Global, an international venue management and services company.

According to Phillips, Timm had just been hired at ASM (formerly known as SMG) and was training to become a sound engineer. First Coast News has reached out to ASM Global for a statement. We are still waiting for a response.

Saul Lucio, Business Agent for the Jacksonville branch of I.A.T.S.E. Local 115, said about 650 people are affiliated with their group. It is a referral service for employees and only about 100 or so people are members.

Lucio said Timm isn’t a member of the group but was referred to work and became affiliated with them in March of 2019.

"We are just horrified," Phillips said over the phone.

She said Timm was immediately suspended from the union, and that the union will provide a full statement on the matter. She added that he will not be granted I.A.T.S.E. union membership in the future.

Timm faces multiple charges, including two counts of aggravated assault on a person 65 years of age or older, one count of criminal mischief and driving with a suspended license. He is expected to appear in court Sunday.

According to booking documents, Timm has resided in the Jacksonville area for around two years.

"He talked about buying a really expensive car. He is a good guy," Timm's landlord, who did not want to be identified, told First Coast News.

Nobody was injured when Timm allegedly drove his van into the tent belonging to the Republican Party of Duval County while volunteers were registering people to vote at the Walmart in Sandalwood.

Volunteers told JSO that while they were working, the suspect began to slowly drive toward them, according to an arrest report. One volunteer said she began walking toward the driver's side of the van to speak to Timm while another volunteer stood by the passenger side of the vehicle before Timm reportedly drove into the tent.

After running over chairs and tables, witnesses told police that Timm got out of the van, took a video recording, made obscene gestures and left. JSO later received a tip that the van was at a home on 2011 Brighton Bay Trail. JSO approached the suspect at the home and he was arrested.

"Seemed like his career was going up and up and up, never talked politics really," his landlord said. "I'm blown away. I am, seriously, can't believe this happened. I didn't know I had a crazy person living in my house."

While Timm is a Jacksonville resident, First Coast News confirmed he is not registered to vote in Florida.

The Duval County Democratic Party released a statement on Timm's arrest, saying, “We are thankful the perpetrator of this cowardly attack has been apprehended by JSO and continue to call for civility during this election cycle.”

In his first court appearance Sunday, a Jacksonville judge set Timm's bond at over $500,000 on multiple counts.