'They wanted us to die': Girlfriend of Jacksonville teen shot, killed by Illinois officer speaks out from hospital bed

"When I heard Marcellis still breathing I told them please don't shoot we have a baby, we don't wanna die." - Tafara Williams 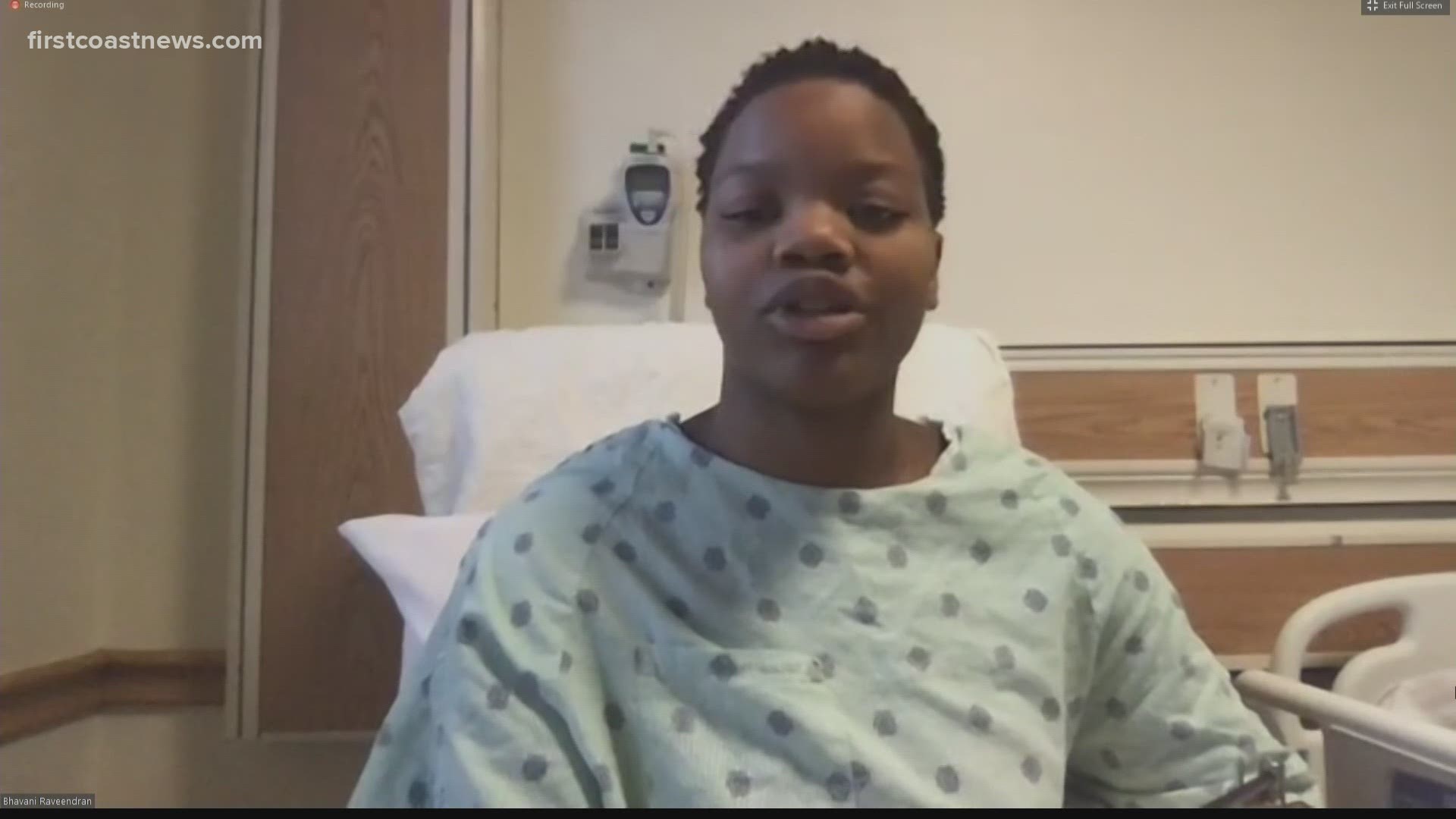 CHICAGO — Tafara Williams, 20, was shot by a police officer in Illinois last week. Her boyfriend, Marcellis Stinnette, who's from Jacksonville, was killed in the shooting. Williams, speaking from her hospital bed Tuesday, said she lost "more than a boyfriend that day, I lost the love of my life."

Ben Crump Law and Romanucci & Blandin, LLC announced they will be filing a lawsuit following the death of Stinnette, a Jacksonville teenager who was shot and killed by police outside of Chicago. His girlfriend, Williams was injured in the shooting.

The attorneys held a news conference Tuesday from a Chicago area courthouse. Williams was also present from her hospital bed via Zoom video conferencing.

They discussed the Oct. 20 shooting by the Waukegan police officer that seriously injured 20-year-old Williams and killed her 19-year-old boyfriend.

Stinnette went to school at Terry Parker High School in Jacksonville, Fla. He’s being remembered as a father, son, brother and a talented musician.

Waukegan Police said in a news release that police stopped a vehicle that drove off. Minutes later that car was found by another officer. As he was approaching the car, it started in reverse. That’s when officers fired, police said. The release also states no gun was found in the vehicle, and the unarmed young man who was killed was a passenger, police said.

Tafara recounted her experience during that tragic incident and attorneys announced the next steps the legal team will undertake to bring justice in this case.

"I had no weapons and I wasn't doing anything illegal," said Williams.

She also stated that the officer called Marcellis by name during the incident then started harassing him.

The officer reportedly stood near the car with his left hand on his gun and said: "I know you from jail."

While driving away there was a crash and another officer started shooting at the couple's car.

"I kept screaming I don't have a gun but he kept shooting," said Williams. "When I heard Marcellis still breathing I told them please don't shoot we have a baby, we don't wanna die."

Williams was then dragged away from her boyfriend before asking them to take him away first since he just had recent surgery.

According to the 20-year-old, they laid Marcellis on the ground and covered him up with a blanket while he was still breathing.

The officer who shot the couple is Hispanic and a five-year veteran of the Waukegan Police Department. The officer who conducted the original traffic stop is white, police said.

During the press conference, Attorney Crump stated that "transparency plus accountability leads to trust," while calling for justice.

Attorneys also stated that the families will see the video of the incident very soon and then it will be released to the public.

Authorities say the officer will face racial discrimination charges and should go through an evaluation on why he shot the couple.

As for Williams' current condition, her injuries are substantial, permanent and scarring. Crump says she will physically, mentally and emotionally be impacted for life.

Stinnette's family started a GoFundMe page to raise money to bring his body back to Jacksonville for a funeral and burial.