Video submitted by a neighbor shows two individuals hopping a fence after the home invasion in the 10000 block of Townsend Boulevard. 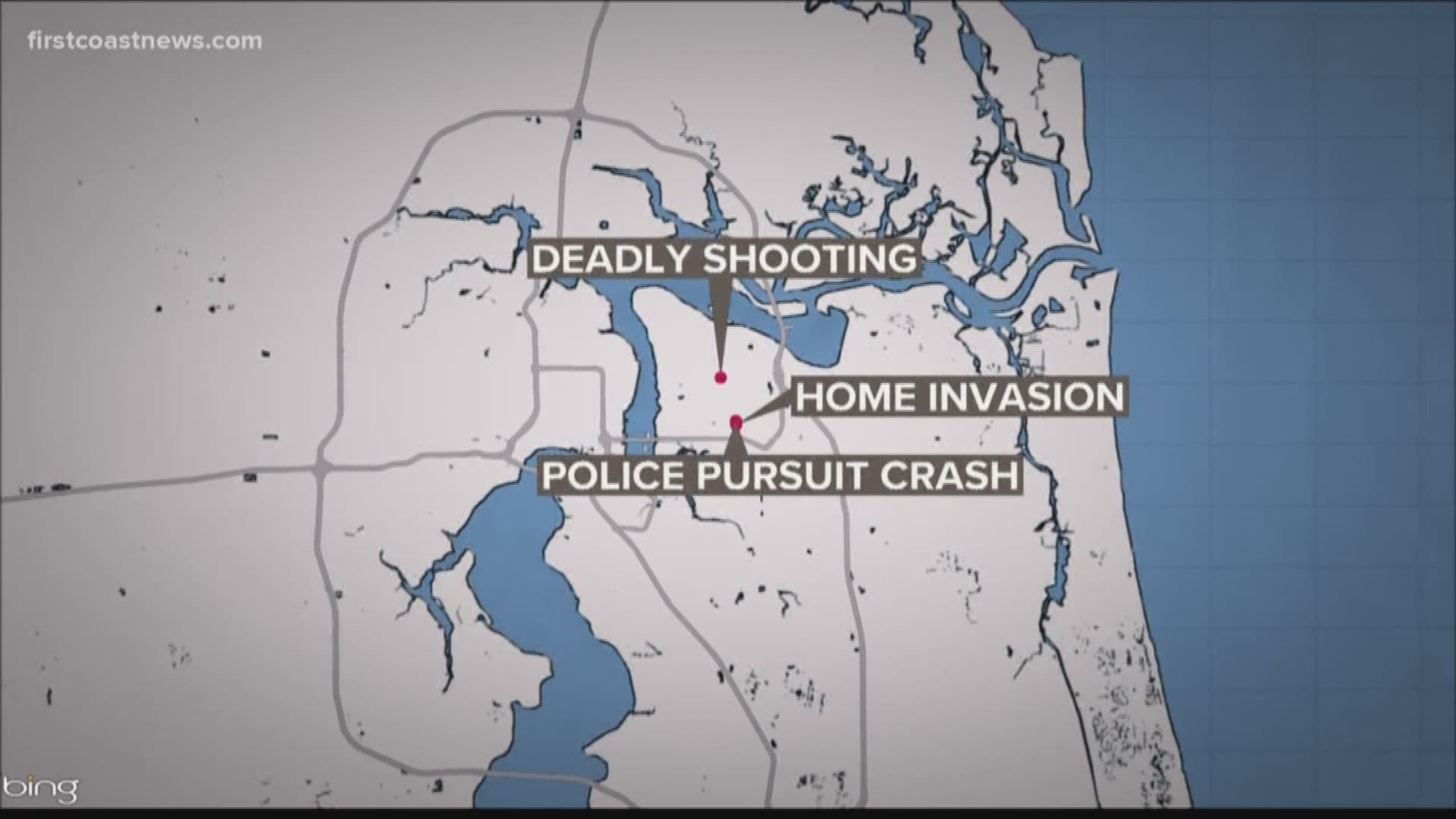 JACKSONVILLE, Fla. — Surveillance video taken from the Ring app appears to show two suspects believed to be behind a fatal shooting and a home invasion in the Arlington area Wednesday.

Video submitted by a neighbor shows two individuals hopping a fence after the home invasion in the 10000 block of Townsend Boulevard.

The incident began at 11 a.m. when an off-duty police officer saw a man fire multiple shots at another man in the parking lot of a shopping plaza in the 7100 block of Merrill Road, according to the Jacksonville Sheriff's Office.

The victim, a man in his 20s, was pronounced dead at the scene. A chase ensued between the off-duty officer and the suspect, who got into a reported stolen gray vehicle, police said. The pursuit resulted in a crash and two suspects, described as men in their 20s, fled the area.

Shortly after the crash, a home invasion occurred in the 10000 block of Townsend Boulevard where police said the suspects held a homeowner hostage to change clothes. The suspects then took off in an orange or red Dodge Charger or Challenger. The homeowner is OK, according to police.

Police said both suspects are 5 feet 5 inches tall. One was seen wearing a gray T-shirt with "Perminti Brothers" on the back, brown pants and white New Balance shoes. He also has tattoos on both arms.

The second suspect wore a black hood with a white muscle shirt and black pajama pants with "Mountain Dew" on them.