At least 100 animals are being seized from the 10-acre property, including dogs, rabbits and chickens, Cook said. Many of the dogs are pregnant. 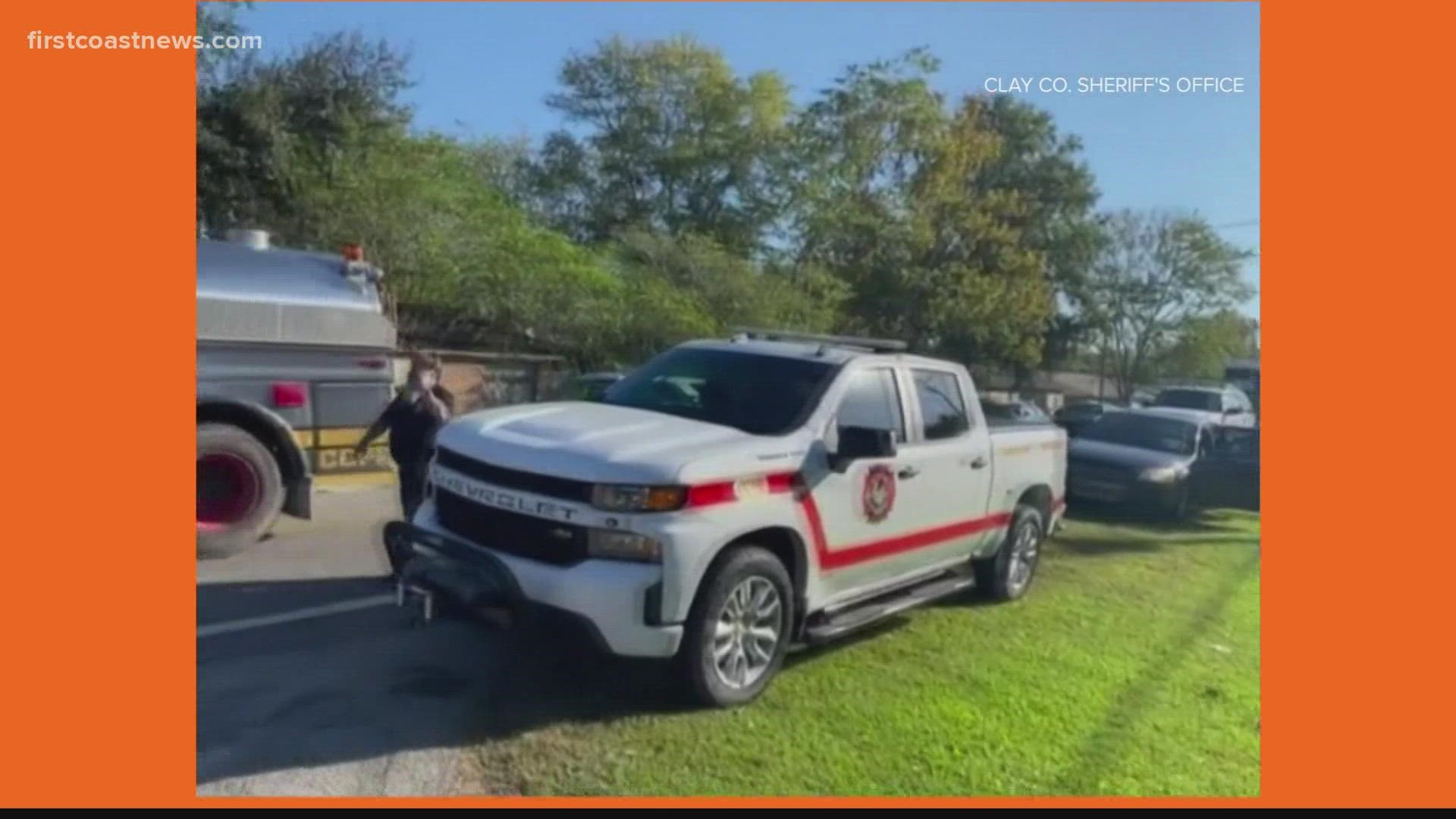 At least 100 animals are being seized from the 10-acre property, including dogs, rabbits, cats, goats, and chickens, Cook said. Many of the dogs are pregnant.

Detectives served a search warrant at the home Monday morning as a result of an investigation that started when deputies responded to a medical emergency call involving an adult who lived on the property, Cook said. During the call, deputies saw conditions that rose to the level requiring an additional investigation, she said.

Over several weeks, the sheriff's office coordinated with Animal Services to determine what criminal charges potentially exist and the best response to ensure the safety of the people living in the home, the first responders and the animals on site, Cook said.

Detectives are on the scene working the investigation, Cook said, and charges are possible. The animals will be assessed by veterinarians at the Fairgrounds before they are quarantined and then placed for adoption.

“I would strongly encourage anybody who's know of a place where there's animal abuse or neglect, let us know. Understand that these investigations are often very complex, and they takt time, but we're committed to following through and addressing it appropriately," Cook said.

The animals will be quarantined at the fairgrounds for 14 days, then spayed or neutered, and finally, put up for adoption.

“Our team is committed to the well-being of these animals and will provide clean housing, food, water, and medical care here at the fairgrounds until the animals are healthy and ready for adoption," Cella said.

Crews are working to set up a donation center to support the animals. Animal Services will need dry and wet food, treats, dog shampoo, puppy pads, collars and toys to help the animals. They will also need help in caring for the animals and volunteers over the next couple of weeks. You can call 1-877-252-9362 from 8 a.m. to 5 p.m., Monday through Friday, to make donations or to volunteer.

At least 100 animals are being seized from the 10-acre property, including dogs, rabbits, and chickens. Many dogs are pregnant. Started with a call for medical emergency. "We will not tolerate animal abuse or neglect," @ccsofl Sheriff Michelle Cook said.@FCN2go pic.twitter.com/px7T1Hn18f

A donation center is getting set up. They need dry and wet food, dog shampoo, collars, and toys to help animals. Will need help in caring for animals and need volunteers over the next couple weeks. Warrant served on owner today. @FCN2go

. @ccsofl says dozens of animals have been rescued from Old Jennings Road. Detectives on scene now, and charges are possible as this is early in the investigation. Veterinarians will assess animals at Fairgrounds. Animals then quarantined. Then up for adoption. @FCN2go pic.twitter.com/v2hipmHTfe

The first load of animals just arrived. I could hear #dogs barking as this truck was being unloaded. People with protective gear are taking them inside the building. @ccsofl Sheriff Michelle Cook says most of the dogs are smaller in size, & many are pregnant. @FCN2go pic.twitter.com/9zrUcEJ6TL

More than 100 #dogs, #cats, #rabbits, #goats, and #chickens will be cared for in this building at the Clay County Fairgrounds after a more than one-week investigation, "of animals living in deplorable conditions," according to @ccsofl Sheriff Michelle Cook. @FCN2go pic.twitter.com/RS2TlOFiuG

We have an active investigation at a home on Old Jennings Road. There IS NOT any danger to the public. Due to the large number of vehicles involved, a portion of Old Jennings is closed. Please avoid the area. We will update our community on the details as it allows. pic.twitter.com/HT15SjrDpb