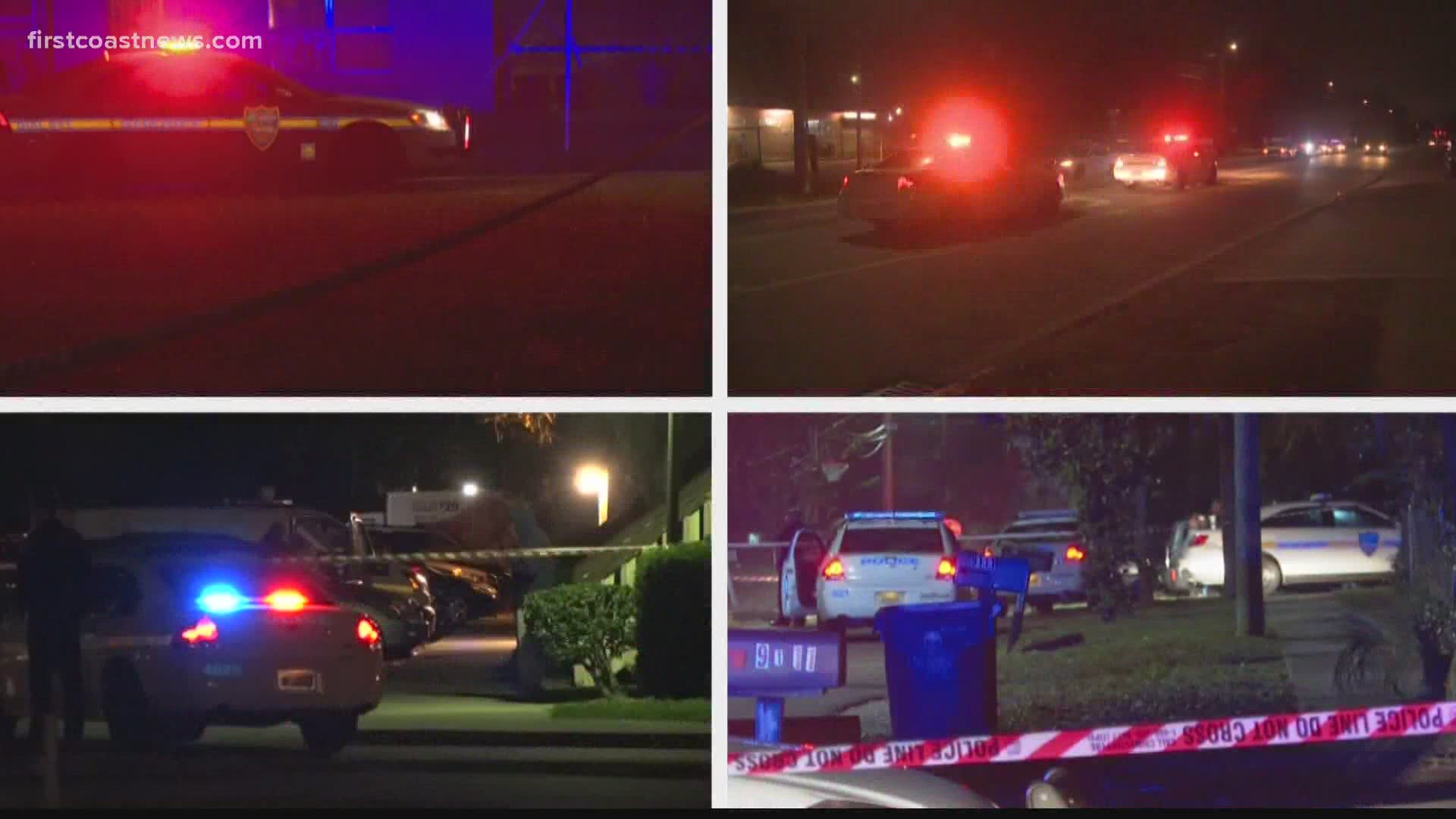 DUVAL COUNTY, Fla. — As President Joe Biden laid out a vision Wednesday to tackle a spike in violence in cities across the country, First Coast News is getting a closer look at what crime looked like in Florida last year.

He has also directed the Bureau of Alcohol, Tobacco, Firearms and Explosives to adopt a zero tolerance policy for gun dealers.

Gun violence is a challenge Florida saw in 2020 with 80% of murders committed using firearms, according to the Florida Department of Law Enforcement's latest Annual Uniform Crime Report. 38% of aggravated assaults involved a gun.

While the overall crime rate in Florida dropped, the number of violent crimes rose 2.3%,

The trend in Duval County was similar to the state with the overall crime rate in 2020 down and a 13% increase in murders and 25% increase in aggravated assaults.

Jacksonville remains “the murder capital of Florida” with 14.5 murders per 100,000 people.

“I can't say this is a surprise to me," retired Jacksonville Sheriff's Office Detective Kim Varner said. "We've led the state in homicides and violent crimes per capita for a while now."

He believes cutting down on gun violence starts with creating relationships with those who need them the most. Varner says he recently helped a kid he met on the streets get a job.

“You have to give them some kind of resources back, you can't just take the gun out of their hand and not put anything back in their hand," he explained. “The same leadership skills that he had on the streets, he's applying those at a job in a constructive manner."