Meanwhile, divers continue to search for evidence in the double homicide case in St. Augustine 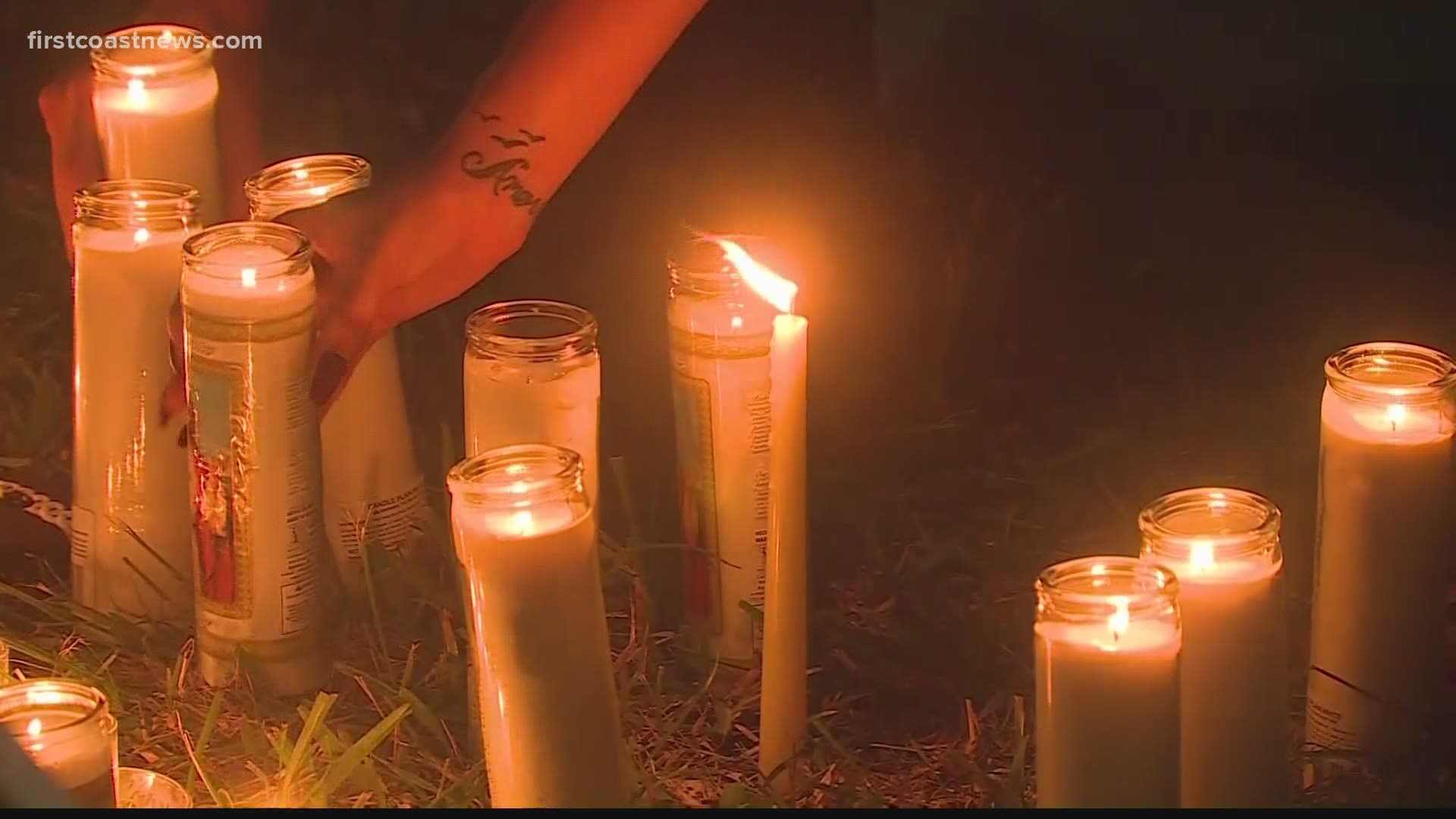 ST. AUGUSTINE, Fla — Thursday night, Friends and family held a candlelight vigil for a couple who were shot Tuesday evening in St. Augustine.

The remembrance took place where the shooting happened, inside the Florida Club Condominium complex off of State Road 16.

Kyle Stein, 21, and 16-year-old Sydnie Rounsville were in Stein's pickup truck in the parking lot Tuesday when they were shot. They later died at separate hospitals.

Kyle Stein would have turned 22 Thursday.

Deputies arrested 19-year-old Afrenee Wilson for the murders. Stein’s friends are not sure how or if he knew the alleged shooter. Rounsville’s friends say she did know him.

Investigators have not released a motive yet.

Thursday, for the third day, divers searched another nearby pond where the suspect was located 30 minutes after the shooting. A diver says some pieces of evidence were located but could not reveal what they were.

Meanwhile, this case has rocked the community as well as the condo complex where Sydnie lived.