A woman who lives a block away from where a man was shot to death by Jacksonville officers shares video of the incident and what she saw. 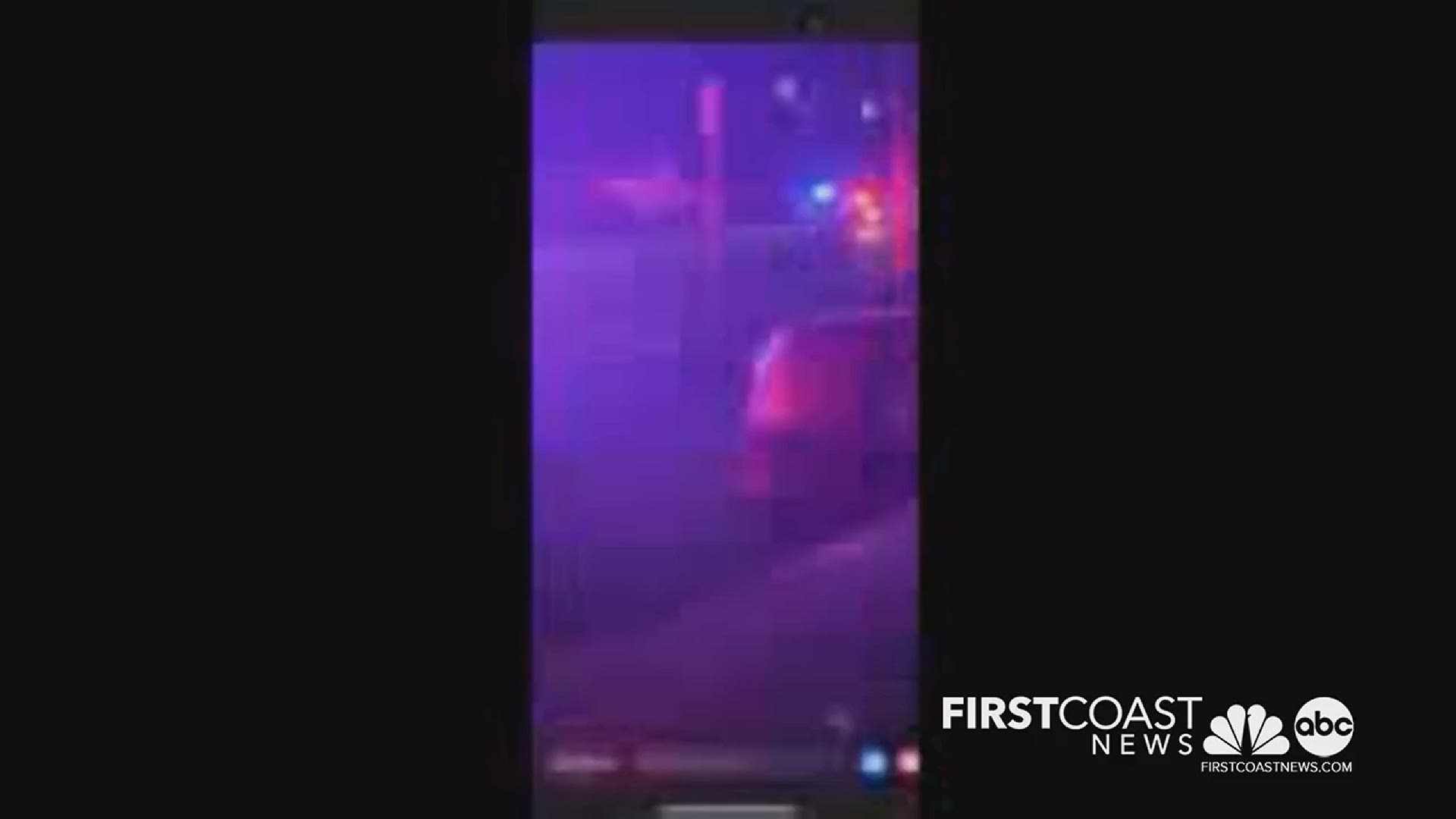 JACKSONVILLE, Fla — A woman who witnessed four officers shooting a man to death Tuesday night in Jacksonville recorded the incident on her cell phone. She has shared the recording and details about what she saw with First Coast News.

Brown says she and her significant other saw police lights and realized someone was pulled over. They walked outside of their home to see what was going on.

Brown said at first it seemed like a normal traffic stop, but then more police showed up. She says police were yelling at a man and giving him instructions.

Brown said she heard a man tell police he was scared that they were going to shoot him. She also says she heard police say "get the brother out of the car."

She says police kept referring to one of the people in the car as the man's brother. Brown says once the two others were out of the car, shots rang out.

You can hear Brown in the video she recorded asking, “That must be his brother, but why did they just remove the brother out the car?” right before shots were fired.

Brown said she could clearly hear someone crying after the person was shot.

The person who was killed has been has been identified as Devon Gregory, according to family members.

JSO Chief T.K. Waters said during a news conference Tuesday night that at about 10:40 p.m., officers conducted a traffic stop on San Juan Avenue. Three men were inside the car, he said

Waters says the front seat passenger was "agitated" during the stop. He says the officers tried to de-escalate the situation without success and after several minutes of discussion, Waters says officers fired their weapons.

The suspect was killed. Police say they found a handgun located in the passenger seat where that man was sitting in the car.