Justice Department officials want to know why it took so long to charge those responsible for Ahmaud Arbery's death, the family's attorneys said. 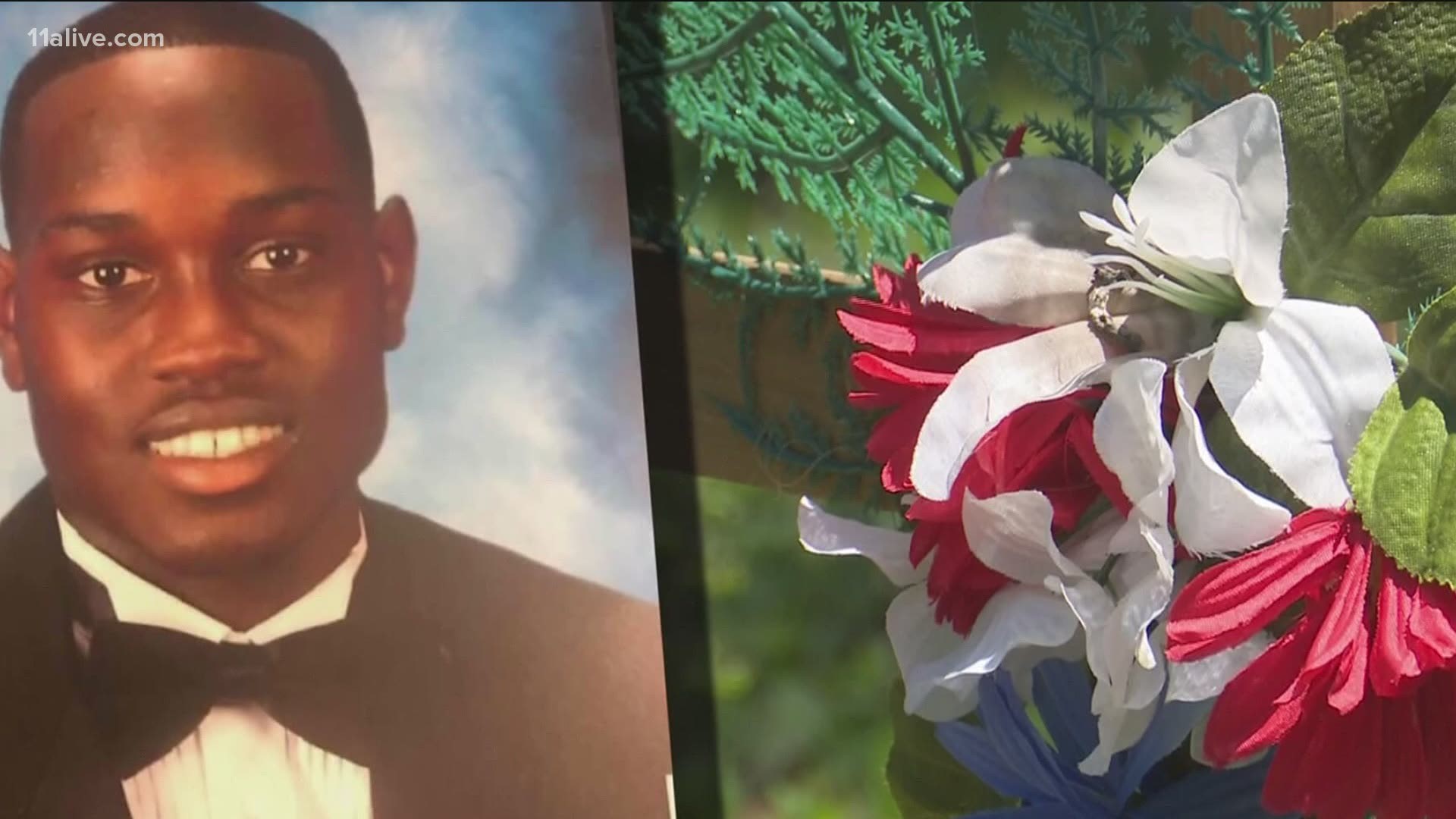 BRUNSWICK, Ga. — According to attorneys for the family of Ahmaud Arbery, the U.S. Attorney for the Southern District of Georgia told them last week that his office is now investigating why there was such a delay behind the arrests of the persons involved in the shooting death of Arbery.

"The mother and father of Ahmaud Arbery and their legal team met with officials from the Dept. of Justice late last week, including Bobby Christine, U.S. Attorney for the Southern District.

According to Mr. Christine, his office is investigating why it took so long to arrest the individuals responsible for Mr. Arbery's death.  This would involve the consideration of both civil and criminal charges against state officials and other conspirators involved in the murder of Ahmaud Arbery.

We left that meeting feeling satisfied that the DOJ would do their part to fully investigate all players involved in this murder and that they would hold those responsible accountable."

Arbery was shot and killed while jogging through a Glynn County neighborhood on February 23. Authorities said he was confronted by two men, father and son Greg and Travis McMIchael who were following Arbery in a pickup truck.

The McMichaels were armed at the time of the confrontation, which was shown on a video taken from a second vehicle trailing behind the McMichaels and driven by William Bryan.

Greg McMichael is a retired investigator from the Brunswick District Attorney's Office.

In a subsequent letter to the Glynn County Police Department in early April, Barnhill said that Arbery's family had requested that he, too, should recuse himself, since he also had a family-based connection to the Brunswick Attorney General's Office. Barnhill's son is a prosecutor currently working in that office.

In his letter, Barnhill said that he was recusing himself after Arbery's family had indicated that there was an appearance of a potential conflict of interest.

However, before requesting the recusal from the Georgia Attorney General, Barnhill offered his own opinion as to why he felt there was no grounds for any type of arrest for any of the three men.

"It is my professional belief the autopsy confirms what we had already viewed as shown in the video tape, with the photographs & from the witness statements taken immediately at the scene," Barnhill said. "We do not see grounds for an arrest of any of the three parties."

When Durden received the case in early May, he requested the GBI to investigate the case.

Within 36 hours of their receiving the case, the GBI were able to develop enough evidence to place Greg and Travis McMichael under arrest for felony murder and aggravated assault in the case.

The arrest of the father and son in the case came more than 2 1/2 months after Arbery's death.

Following questions that have been raised regarding the way the case has been handled, Georgia Attorney General assigned a fourth district attorney to prosecute the case.

Cobb County District Attorney Joyette Holmes has taken over the case, and is moving forward with the prosecution of the McMichaels.

Since her assignment, Bryan -- who initially had not been arrested when the McMichaels were -- has also arrested and charged in conjunction with the case.

Man who recorded shooting of Ahmaud Arbery arrested for murder