The inmate is believed to be traveling in a bronze, four-door Infiniti Q50 with the Florida tag, LANE19. 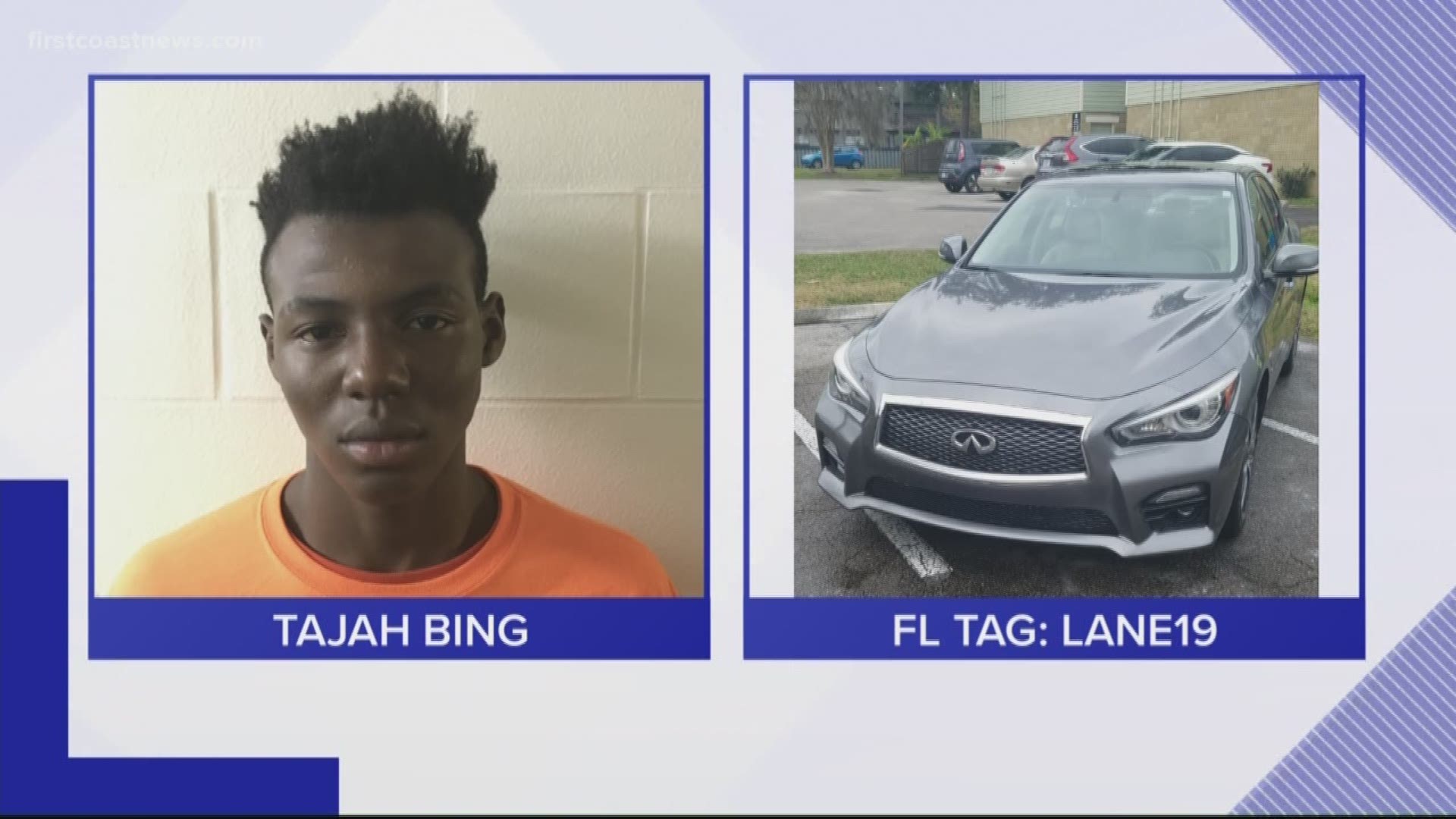 Three of the four escaped juvenile inmates were captured Sunday, according to the Jacksonville Sheriff's Office.

At 11:02 p.m. Saturday, officers received word that the four inmates, ranging from the ages of 16 to 17 years old, staged a fight in their dorm room and attacked staff who tried to stop it, JSO said. JSO said the inmates then fought with staff in the control room and pushed buttons to release the front door.

After, the inmates reportedly stole a staff member's keys and cell phone and took off in her vehicle, which is a 2015 bronze, four-door Infiniti Q50 with the Florida tag LANE19.

In a tweet, JSO said they "could be anywhere."

Credit: JSO
A little after 6:50 p.m. JSO said that a third inmate had been captured, and they were still on the lookout for the 4th inmate and the stolen vehicle.

JSO said the inmates reportedly have had haircuts and have "low hair now."

Police are searching for the following:

Police also released the following photos of the exact vehicle that was stolen:

Credit: JSO
JSO released photos of the exact vehicle that was stolen: A 4-door Infiniti Q50 with the Florida Tag LANE19.

Credit: JSO
JSO released the following photo of the exact vehicle that was stolen: It's a 4-door Infiniti Q50 with the Florida Tag LANE19.

Their escape comes about two years after three other juveniles escaped the same facility.