UNSOLVED: The murder of Tyvon Whitford

Tyvon Whitford had a 5-year-old son and was six months pregnant with her second child when she murdered in her own doorway. Her killer is still not known. 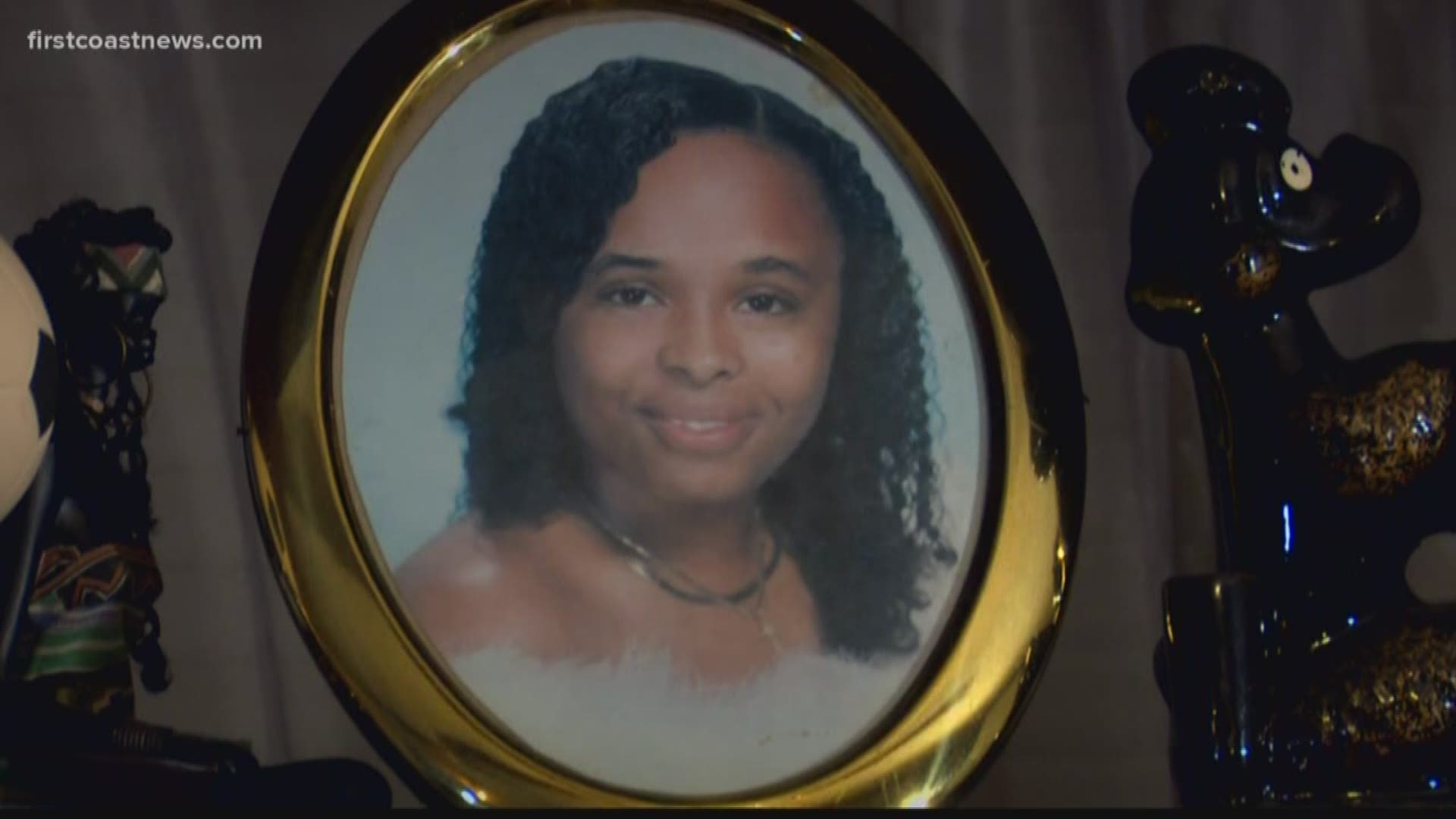 HAWTHORNE, Florida — For years, Tyvon Whitford’s parents would set a place for her at the dinner table. An empty spot for the daughter that brought so much laughter and joy into their home, suddenly gone.

Dale and Ronald Whitford remember the night everything changed, it was June 9, 2007.

"I was laying in bed and I heard sirens going, not knowing the sirens were for my child," tells Dale Whitford, Tyvon's mother.

Tyvon Whitford lived less than a mile away, she had a five-year-old son and was six months pregnant with her second child. Her parents remember a frantic knock on the door that night, it was her boyfriend who told them she was bleeding.

"I thought it was a miscarriage because he only used the word bleeding," describes Dale Whitford "But then we got there and I saw the crime tape, I knew then it was something different."

They followed the ambulance to the hospital and were told their daughter and her unborn baby were not going to make it.

"We were able to go into the room after they had cleaned her up a little and say goodbye to her," tells Dale Whitford with tears in her eyes.

Dale and Ronald Whitford told their daughter that they loved her and would miss her. Then at 25 years old, she and her unborn baby were dead.

A memorial still sits outside the home on County Road 21 in Hawthorne. But the question remains, who killed her?

"One of the very first things the dispatcher was trying to get from her was where she was located," explains Keith. "So, unfortunately, we did not get who the attacker was."

He says the second call came minutes after the initial one and it was from her boyfriend.

"He says he was in the area when the shooting occurred," tells Keith. "He was supposed to be bringing her some Tylenol to the house, that was kind of the story he had given us, and we were unable to put him or anybody else at the house at the time of the shooting."

Keith says there was no forced entry and neighbors remember hearing two shots that night. Tyvon Whitford’s son, Larry Junior, was asleep in the other room, but his grandparents say he was awoken by the shots and came out to see his mother on the floor dying. Memories that still haunt him today.

"Over the years he told me, ‘I told her I loved her’ and he could hear the gurgling as she told him she loved him too," Dale Whitford said as she began to cry." He’s faulted himself and said if only he could have put the battery back in her phone, he could have called the police. I told him that it wasn’t his fault, it had nothing to do with him."

It is a horrific end to the life of a young mother remembered by her family as a jokester. Her parents say Tyvon Whitford loved to make others laugh, she brightened their day with her joyful spirit. But most of all, she loved being a mother. They say her son was her world and she had become a corrections officer and planned on being a probations officer because she wanted to provide a good, stable life for herself, Larry Junior and her unborn daughter, whom she was going to name Ke’mora.

"She was a devoted and hardworking young girl," tells Ronald Whitford.

Though her family has since banded together to raise her son, the pain is still there. Compounded by the fact that her case has gone cold, even though they and investigators believe members in the know more than they are telling.

"There are a lot of people in that community that are very close to each other, I believe that whoever was responsible for it has probably talked about it.  We just need to get the right person to come forward to give us information," explains Sgt. Keith.

Her parents say though an arrest won’t bring them closure, it will be a piece of healing for their family and until that day – they will never give up fighting for their daughter.

For a look at more local cold cases, visit the Project Cold Case database at www.ProjectColdCase.org