UNSOLVED: The death of Judy MacFarlane

Every homicide case is different. Some may appear straight forward, while others are full of twists and turns. The latter is the case in this story. 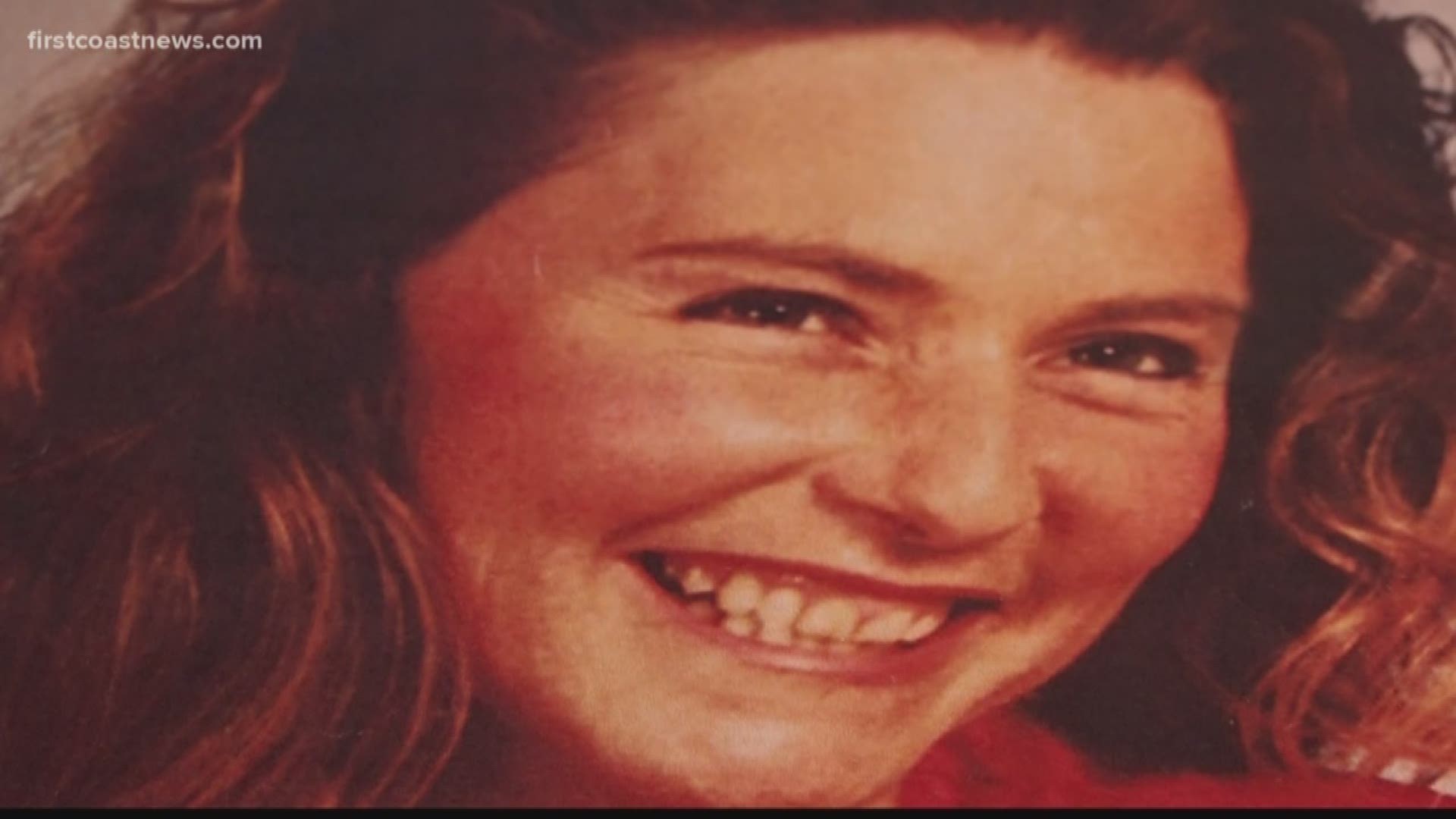 "I think it is just the wildest story I’ve heard since I’ve been here at the Alachua County Sheriff’s Office," Det. Allen said.

It began in January 1992 in Gainesville. MacFarlane was 30-years-old and a mother of four young children, separated from her husband, but enrolled in a college program and active in her church, attending a bible study every Monday night.

According to her missing person’s report, after the bible study let out, the pastors saw her near the flowers out front of the church.

"She almost looked kind of happy," Det. Allen said. "She was dancing around and it had started to rain and they thought that was kind of unusual, so they stopped the car and asked ‘Would you like a ride home?’ And she said ‘No, I live really close by and I would prefer to walk home.’"

That was the last time MacFarlane was seen alive. She was reported missing a few days later by her younger sister. We spoke with MacFarlane's older sister, Nancy Brewer, who said she was suspicious from the start.

"When they said she disappeared and somebody said maybe she just split, maybe it was all too much for her...and I just knew that wasn’t true," Brewer said. "I knew there was no way they could convince me she would just leave those children."

MacFarlane, a devoted mother, had vanished and nothing was known about where she could be until six months later.

"MacFarlane's body was found in a retention pond behind a locked gate with barbed wire on top," Det. Allen explained.

Her body was spotted by a crew cutting the grass around the pond. But that begins one of the great mysteries in this case, how did it get there? Det. Allen says the only keys to the locked gate were with the Florida Department of Transportation.

The retention pond was in the area of Northeast 29th Ave and North Main Street, less than a mile from the church where she was last seen.

It wasn’t a secluded area either. Detectives say surely someone would have seen a person hoisting a body over the top of the fence and the grass had been cut at that same pond shortly after MacFarlane went missing. Crews didn’t report seeing anything abnormal then.

Det. Allen says they even mapped the sewer system in the area to see if she had been placed into the system through a manhole that led to the retention pond, but that is all just a theory. They have no definitive answer on how her body got into that pond.

Due to the time of her remains in the water, it led to another problem for detectives. The medical examiner couldn’t determine a cause of death.

Without being labeled a homicide, there was not much investigation done back in 1992.

"To my knowledge, at that point, there was very little if any homicide investigation into Judy’s death," Det. Allen explained.

It stayed that way for years, until Det. Allen in the Cold Case Unit at the Alachua County Sheriff's Office reopened it in 2015. He began looking at the people in MacFarlane’s life at the time. Including her estranged husband, Jim Macfarlane.

"Her husband was a convicted drug smuggler out of Canada," Det. Allen said.

But Det. Allen says Jim MacFarlane had been arrested and deported back to Canada before her disappearance and they could not put him at the scene of her death.

"Judy let GPD [Gainesville Police Department] officers into the house and pointed out the hiding place Bobby Norris was in on the second floor and he fought tooth and nail," Det. Allen said. "It took three GPD officers to take him into custody."

He was charged with multiple felonies and went to prison. He was released in January 1992. Judy MacFarlane went missing two days later.

"He literally gets released on a Monday, Judy disappears Monday night or Tuesday and she is reported missing on Wednesday," Det. Allen said.

Norris was never charged in connection with MacFarlane’s death. He died in 2010, before the case was reopened by Det. Allen.

For MacFarlane’s family, it has been tough to go through the last 27 years with no answers.

Brewer says it never made sense to her that someone could overpower her sister. MacFarlane knew self-defense and had military training.

She is most sad that MacFarlane's children never really got to know their mother, who Brewer describes as the brave one, a good sister and a person that loved her children above all else.

"It is just so sad for her life to be taken away when she was going to college to get a degree," Brewer said. "She was only 30-years-old. She had been in the military for six years, her life was just starting and it was taken from her."

Brewer says she knows she will likely never see an arrest, but she wants a conclusive answer about who killed her sister and why.

If you know anything about the death of Judy MacFarlane or have information about the days leading up to her disappearance, please contact the Alachua County Sheriff’s Office at 352-955-1818. For a look at more unsolved cold cases, visit the Project: Cold Case database at www.projectcoldcase.org