UNSOLVED: The 1982 murder of Richard Jackson

Richard Jackson’s family says he was a trusting man, but his life was viciously ended in May of 1982. Could new technology help finally bring his killer to justice? 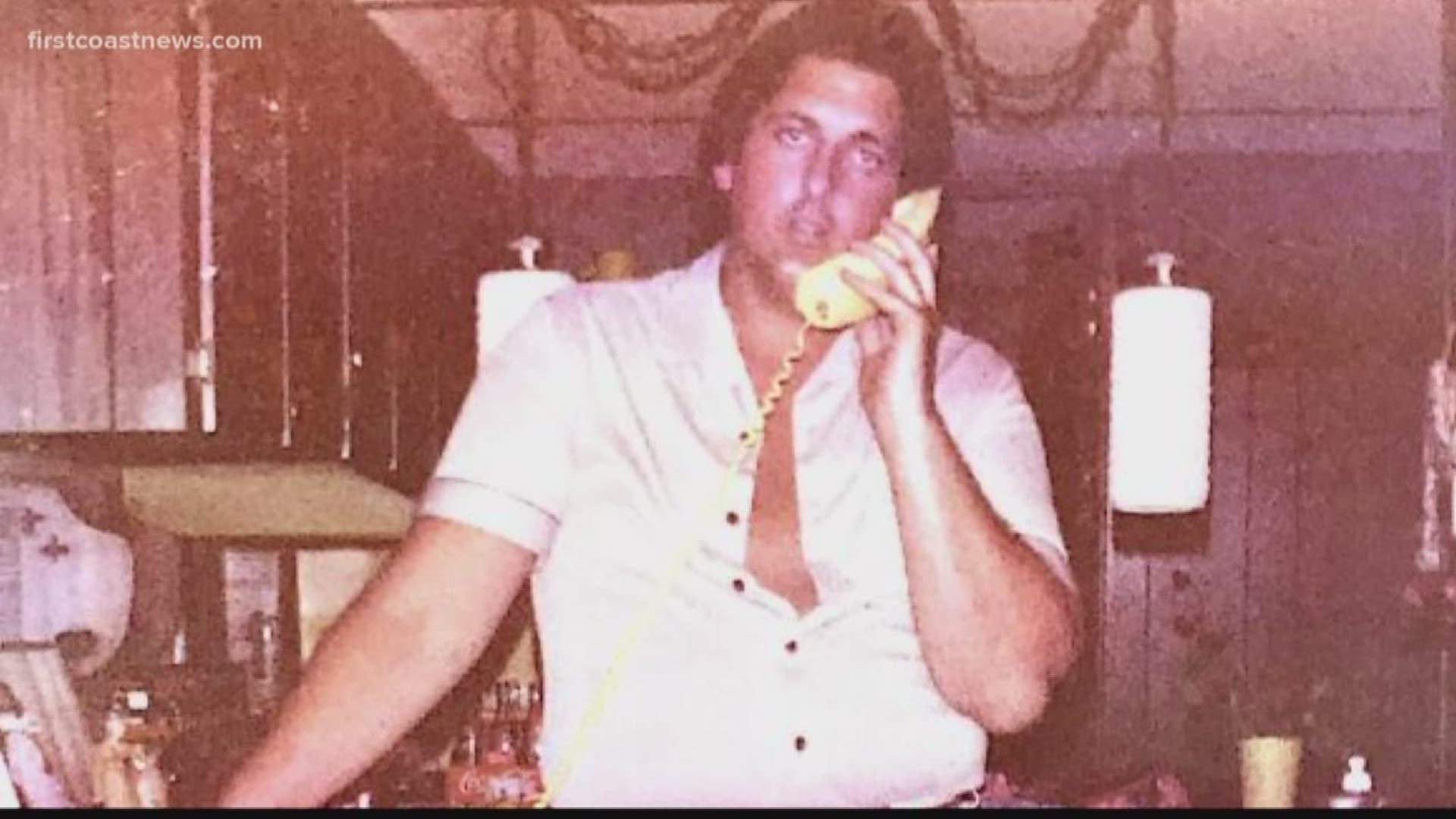 ST. AUGUSTINE, Fla. — It is a complicated case, with a detailed timeline; It all centers around the morning of May 7, 1982.

Richard Jackson was an employee at the Cargo Station near the corner of Emerson Street and Phillips Highway in Jacksonville. Investigators say he closed up around midnight on the morning of May 7 and went to his home at Hall’s Trailer Park, but then left shortly after.

From there, investigators say he drove toward the Main Street Bridge, picking up a person along the way.

"He was a very friendly person, he would constantly pick up people," said Detective Kurt Hannon with the St Johns County Sheriff's Office Major Crimes Unit. "Speaking to his sister, he (Jackson) would pick up people on a whim, very friendly.  That wasn't uncommon for him."

According to investigative notes, he was seen alone at the Junction Bar (exact location unknown) in Jacksonville and left alone around 1:45 a.m. Then begins a three-hour period where no one knows where Jackson was or if he was with anyone.

It isn’t until 4:45 a.m, he checks into the Sheridan Inn Anastasia in St. Augustine Beach with a man believed to be in his early 20’s with shaggy brown hair.

They are given a room and 20 mins later, there’s a call.

"The front desk receives a phone call from room 149, which is Jackson’s room, asking how to make an outgoing phone call," Hannon said.

A BellSouth operator calls the hotel around 5:15 a.m. ready to help, but the switchboard sees the phone in the room is currently in use.

At 7:30 a.m., a cab driver picks up the man with shaggy brown hair and takes him back to Jacksonville, dropping him off on Beach Boulevard near the Hart Bridge ramps, but he noticed something when the man went to pay.

"The cab driver noticed, he said something about a Barnett bag, well Barnett was the bank Jackson banked at," Hannon said.

It wasn’t until just before 11 a.m., a maid found the gruesome scene in room 149 and Jackson’s body. He had been hit with a bottle and stabbed more than 50 times. Hannon believes Jackson had met with the man for sex at the hotel, but was killed almost immediately.

"Between when they checked in at 4:45 a.m. and when they got into the hotel room and 5:05 a.m. when the call comes in, I believe it happened somewhere in that time frame," he explains.

It was also evident someone had tried to break into Jackson’s Camaro and he had been robbed.

There was also a crucial piece of evidence left behind. Police found a washcloth in the bathroom.

"It is believed the suspect washed his hands or did something to clean himself up before he left the hotel room," Hannon said.

Finding a washcloth in 1982 wasn’t overly helpful, but today could be processed for DNA. With more than 150 pieces of evidence taken from the scene in 1982, he and other investigators at the St Johns County Sheriff’s Office are going through the evidence to see what else can be done.

They have already established a partial profile.

"We are looking into the possibility of family genetics and genealogy and maybe identify a relative of the suspect," Hannon said.

But around the same time frame, Hannon says there were attacks on gay men occurring. Was this a hate crime or a robbery?

"There are indications that both of them could have been motivations, but I don’t want to rule either of those out or say that is specifically the one," Hannon said.

Why was Jackson killed and who killed him? Those are the questions investigators want to answer for his family.

His younger sister, Mariann Jackson, says her brother was so kind and trusting. The family called him "Ricky." When she heard he had died, she first thought it was in a wreck.

"They told me 'no, he didn’t get in no wreck' that he had been murdered. I just couldn’t believe that. I couldn’t get over that," she said.

It took a toll on her whole family, she says her brothers and parents all prayed there would be justice. But so far, that has never come.

"I never really thought it would be this long, I sure didn’t. I thought they would find who this was," she said with dispair.

But the search for the killer isn't over, if anyone knew Richard Jackson in 1982 or spoke to detectives back then, Hannon would like to hear from them again.

As the saying goes, "the devil is in the details," he said.

"There might be some detail that was told before to some detective and might have been passed over or they didn’t hear it properly or think it was applicable back then based on the knowledge they had back then. That detail may be more important now," Hannon said.

Investigators know that with the case being more than three decades old, it is possible whoever killed Jackson could be already dead. But they still want to give his surviving family an answer and close this cold case.

If you know anything about the murder of Richard Jackson call the St Johns County Sheriff’s Office at 904-824-8304 or CrimeStoppers at 888-277-TIPS.

For a look at the Project: Cold Case database, click here.