UNSOLVED: A family looking for answers after 4 decades, a killer still possibly on the loose

Joseph Roy Davis, Roy to his family and friends, was found dead under the Hart bridge 43 years ago. There was nothing but his body and a set of tire tracks from his own cab. 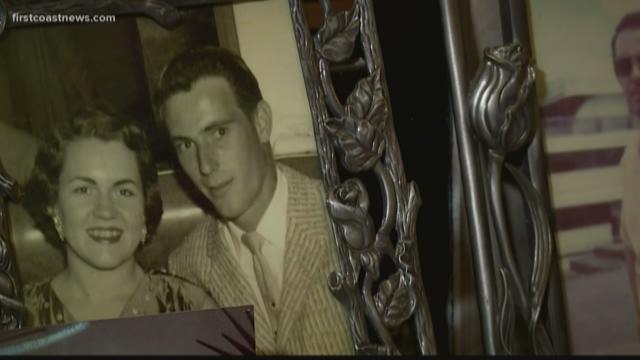 Joseph Roy Davis - Roy to his family and friends - was found dead under the Hart bridge 43 years ago. There was nothing but his body and a set of tire tracks from his own cab.

Roy owned and was a driver at a taxi cab company. It was a family affair with his son, Joseph, manning the phones.

A 10 second phone call on an otherwise normal day in October 1974 sent the family into a panic, Joseph remembers.

The caller “said they needed a taxi cab at the Pizza Hut and that was it. They didn’t sound familiar to me or anything like that,” said Joseph.

Roy would alert his son he had made it to the Pizza Hut on Lem Turner and had picked up his fare. Soon after, the line would be silent.

After trying his father over the radio and hearing nothing, Joseph called his mother who contacted the police.

It would be six hours before police would find Roy’s body under the Hart bridge. He had been murdered and tossed from his cab — a set of tire tracks were all that was left behind.

Sgt. Dan Janson with the Jacksonville Sheriff’s Office homicide unit said he was found at a construction site.

“His cab was nowhere in sight,” said Janson.

A witness saw Roy’s cab on Chester Avenue. The witness saw the potential murderer sitting in the cab.

Janson said the witness saw the man in the cab looking down as if reading and waiting for a fare. Nothing appeared to be out of the ordinary, the witness had no way to know about the violence that had occurred.

A second witness saw the man in the cab, too. The witness remembered a white man who was 6’1” or 6’2” and walked with a “country gait.” Both witnesses said the man appeared to be in his 20s.

“There’s a strong likelihood that he is still with us today. So there is obviously a public safety issue here,” said Janson. “That we have a murderer walking around Jacksonville that is responsible for this back in 1974 and has never been identified.”

Police say they believe the murder was robbery related, but the David family thinks it was some kind of set up.

Motive aside, police are still dealing with an unresolved murder from over four decades ago. They say the key to solving it will be DNA.

“With removing him from the cab, obviously he had to put his hands on him so there will likely be DNA on his clothing that we still have,” said Janson.

Police will retest Roy’s clothing for DNA. In 40 years, technology has advanced in ways that could have never been expected.

DNA could be the key to closure for the Davis family. Roy and his wife had four children who remember him as a family man, veteran, and a business owner. Though his kids wish that their dad could have been around to see them grow up and begin families of their own, closure would be a step in the right direction.

Ms. Davis now has dementia but her kids say she still wants answers as to what happened to her husband all these years ago.

They say the hardest thing to do is wait for someone to come forward, wait for answers, wait for justice.

If you have any information regarding his case, please call the Jacksonville Sheriff’s Office.

Project Cold Case is a nonprofit organization which compiles a database of cold cases from around the country in hopes information will lead to an arrest.