UF Health Security Guard Davay Kinsey is credited with helping to save the life of Jacksonville Fire and Rescue Captain Latorrence Norris. 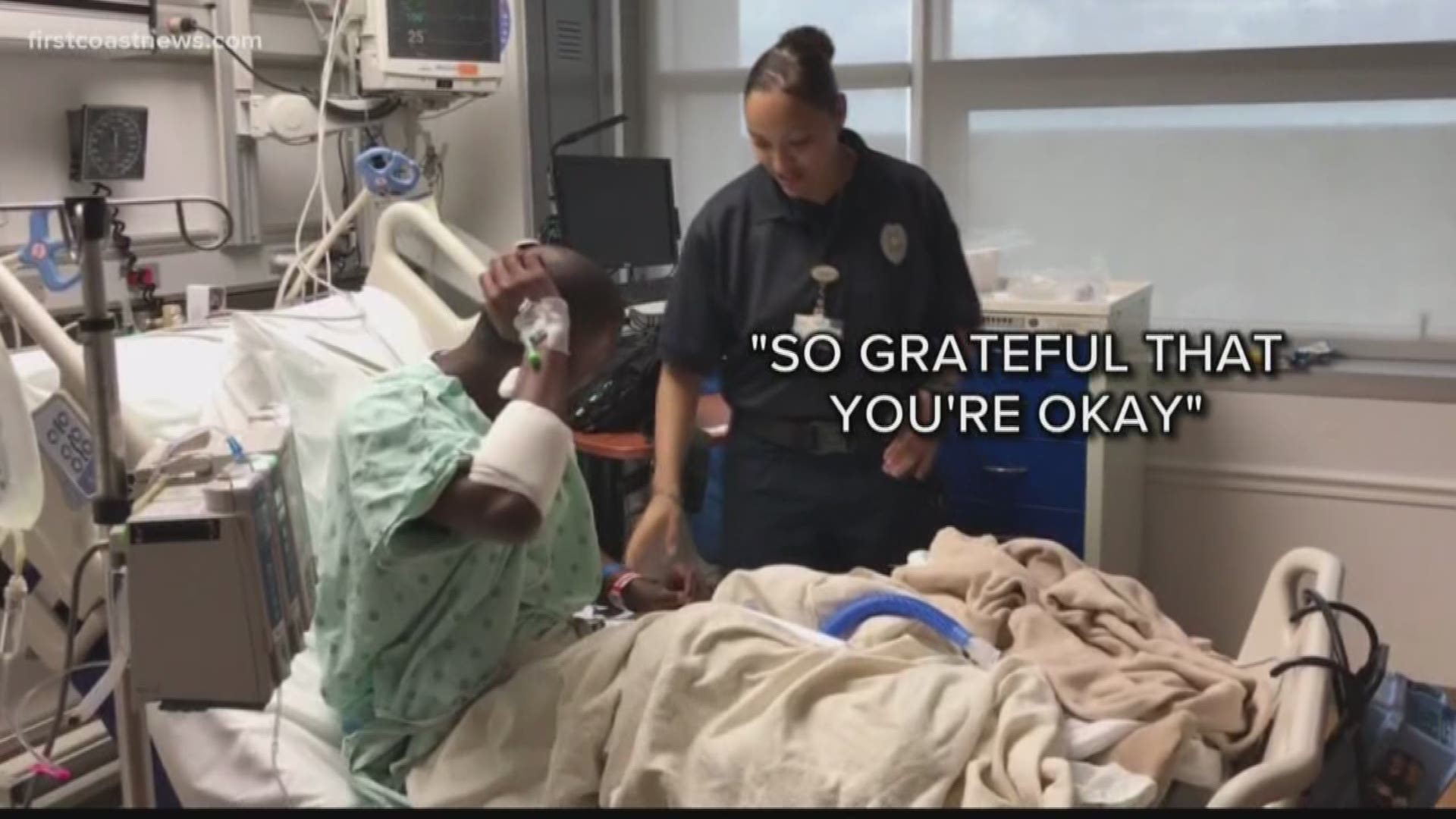 UF Health Security Guard Davay Kinsey is credited with helping to save the life of Jacksonville Fire and Rescue Captain Latorrence Norris.

"When I arrived and what I witnessed was just unreal," Kinsey said.

Norris was one of two JFRD firefighters stabbed by a patient Tuesday night.

Kinsey rushed to their aid on her golf cart as soon as the call came in at around 11:50 p.m.

"Captain Norris was just bleeding profusely from his abdomen, through his shirt," Kinsey said.

While the Jacksonville Sheriff's Office described the injuries of the two firefighters as "non-life threatening" on their initial media briefing, Kinsey said it was a dire situation as Norris was losing a lot of blood.

"For him to find out he had a collapsed lung -- that was a deep wound, a deep laceration, so absolutely, I knew there was just minutes," Kinsey recalled.

Over the phone on Wednesday, Norris told First Coast News he was feeling better and seemed in high spirits, but he expects to recover in the hospital for a few more days.

His partner that night, firefighter and engineer Vincent Harper, has since returned home from the hospital to recover.

JFRD Chief Keith Powers said Harper was driving the rescue unit that night when he heard a commotion going on in the back of the vehicle, so he stopped the truck to help Norris.

Norris had been stabbed by the patient they were transporting. The patient, identified as 38-year-old Tony Bernard Harris, grabbed Norris' box cutter and used it as a weapon. While assisting Norris, Harper was stabbed in his leg.

Kinsey, who was a police officer in the Air Force for more than a decade, said she just followed her instincts when she arrived at the scene and rushed Norris to the trauma center.

On Wednesday afternoon, Kinsey was able to visit Norris in his hospital room. The two hugged and she told him she was grateful he's OK.