A timeline of the attack that left 7 hurt, 1 dead in downtown Macon Friday morning

6 people were shot and 2 were stabbed. 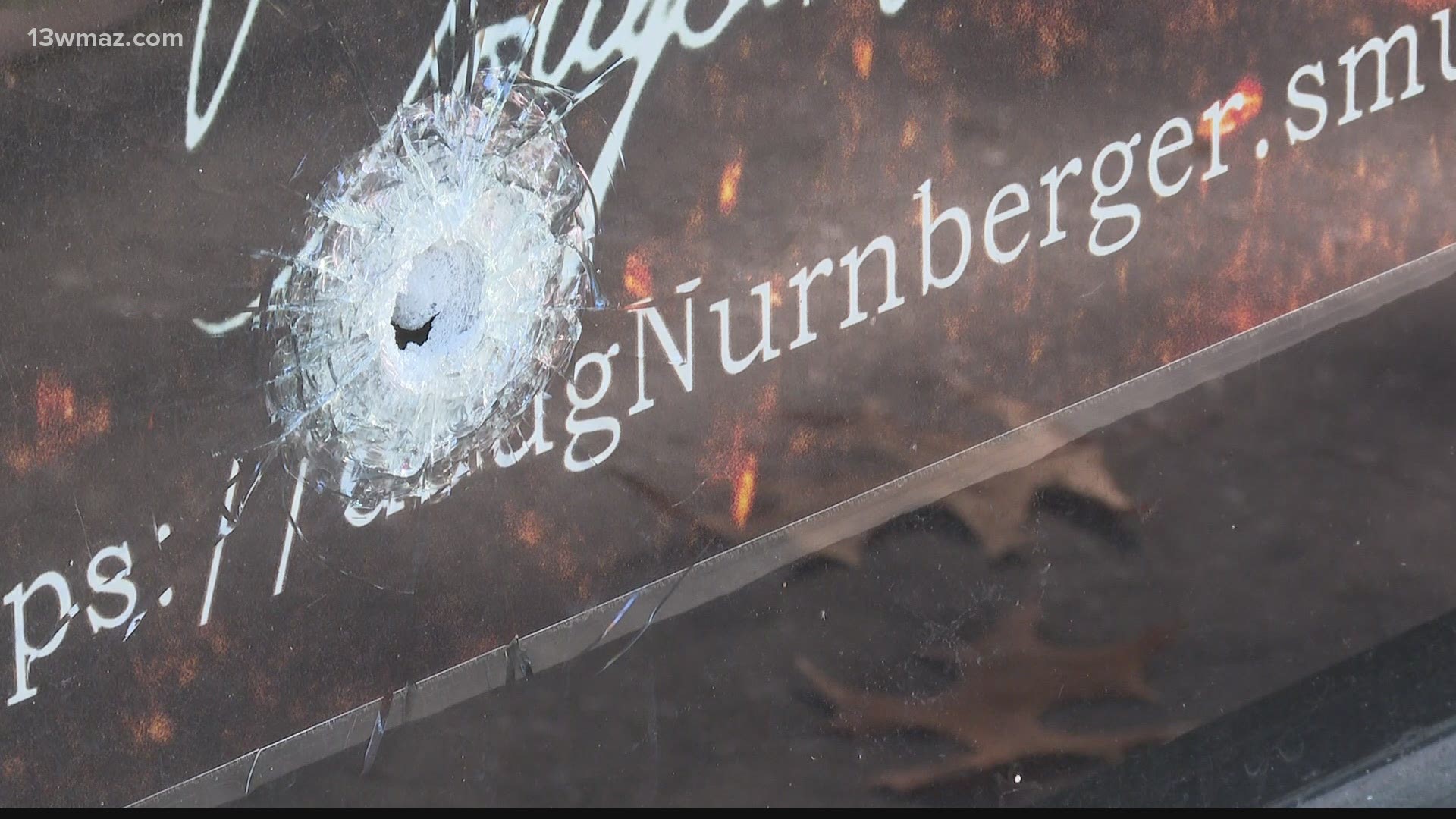 MACON, Ga. — A deadly night of violence in downtown Macon left one woman dead and seven other people injured.

It happened along Cherry Street early this morning, including outside the Thirsty Turtle.

There's still evidence of where the shooting happened along Cherry Street -- a bullet hole in the front of the Thirsty Turtle. Early Friday morning, drivers returned to their cars, some finding their vehicles damaged by bullets.

"Right here, at the beginning of the holiday season. On a holiday night, to have something like this happen, it's very troubling," said Sheriff David Davis.

"There may have been people in the crowd that started shooting back," Davis said.

The sheriff's office says the vehicle continued to drive down Cherry Street where more shots were fired at the Third Street intersection.

Sgt. Linda Howard with the Bibb County Sheriff's Office says three people were shot at the intersection, and all three were taken by ambulance to the hospital.

After getting there investigators learned two men had been stabbed somewhere near the club, and another three other people were shot. The Sheriff's Office says those five were carried to the hospital in private vehicles.

According to the Bibb County Sheriff's Office and Macon-Bibb Coroner Leon Jones, 22-year-old Jhacaya Mann, who was shot in the chest, was pronounced dead at the hospital.

"Our hearts go out to each and every one of them, especially to Ms. Mann who passed away, to her and her family. This is a very tragic thing to happen right here on Thanksgiving night," Davis said.

The sheriff says they don't know whether this was targeted; however, "We don't think this is just a random situation where someone came up and started shooting. There was probably somebody that somebody had a disagreement with that precipitated this mayhem," Davis said.

"I had 11 security guards working here last night. We pat down males and females, check all bags. There were no weapons inside. Nothing happened inside the business at all," Obelgoner said.

Obelgoner also says the shooting started on the intersection of Cherry and Third Street and not at the bar. He says he saw around four females on the ground beating a man near the intersection, and then the man pulled out his gun and started shooting.

"Then from there, people started running this way [toward MLK Jr. Blvd.] and people hopped in their car. Came driving from Third Street, down MLK, and shooting out their car on the way," Obelgoner said.

Obelgoner says then the vehicle drove down Cherry Street towards MLK Jr. Blvd., taking a left on MLK Jr. Blvd. He says there were people shooting guns in the parking lot besides the Douglass Theatre.

He described seeing 40 to 50 shell casings at the intersection of Third and Cherry streets.

The Sheriff's Office says one woman is still in critical condition after emergency surgery. The other victims have non-life-threatening injures and are in stable condition.

So far, the sheriff's office does not have information on the shooter or a description of the vehicle.

They are also still working to figure out how many suspects were involved.

Davis says they specifically need to talk to people who were at the Thirsty Turtle before 3 a.m.

According to Sheriff David Davis, the alcohol license for the Thirsty Turtle has been suspended due to the attack at the bar. The sheriff will give a report to the Bibb commission so they can review the business up to 90 days. If they choose to do so, commission can then make further decisions about the alcohol license.