Three suspects were arrested in connection to a multi-state retail crime spree that included Duval and St. Johns counties. 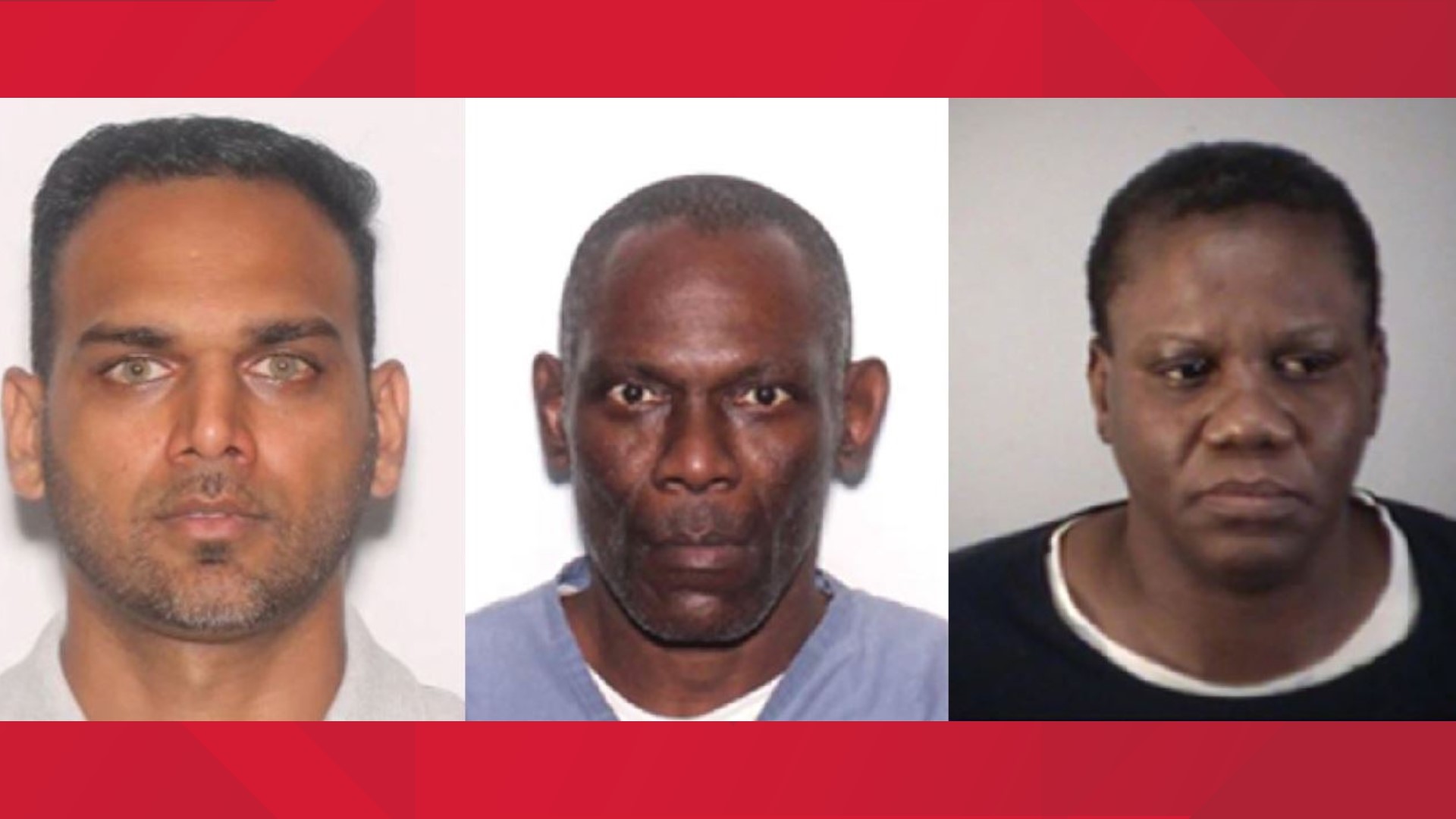 Three suspects were arrested after the Florida Department of Law Enforcement said they were a part of a retail theft crime spree that spanned multiple states and included 23 Florida counties, including those on the First Coast.

FDLE says two more suspects remain at large Monday. All five suspects are accused of stealing thousands from retailers throughout the Southeast United States. Duval and St. Johns counties were among the 23 counties targeted, FDLE said.

An investigation into the alleged crime spree began in May after Home Depot reached out to FDLE about a barcode switch scam. Agents on the case believe the suspects printed fraudulent UPC barcodes on adhesive stickers and then placed the false labels over UPC barcodes on more expensive products at Home Depot and Target stores.

FDLE said the suspects printed UPC codes for $7.99 electrical outlets and placed them over barcodes for wireless smart dimmer switches worth $99.95 and home Wi-Fi systems worth $299. The suspects also reportedly printed barcodes for tool kits worth $19.97 and used the fake codes to buy smart thermostats originally priced at $199, according to FDLE.

FDLE said the investigation showed that one suspect would place the false barcodes on the merchandise while the other suspect would buy the products. FDLE said the suspects routinely purchased dozens of items costing stores thousands of dollars in a single transaction. Later, the suspects mailed the items to another suspect who sold them online for large profits. Agents on the case said the thefts cost retailers more than $150,000 in Florida alone.

Suspects Harold Wilson, 62, and Keith Conyers, 56, remain on the run and are also facing racketeering charges.

Credit: FDLE
Keith Conyers (left) and Harold Wilson (right) are both wanted on racketeering charges in connection to a string of retail thefts spanning multiple states and including Duval and St. Johns counties, according to law enforcement.