Bitcoin ATMs are now found at dozens of modest storefronts, offering a portal to digital finance and a path to illicit activity. 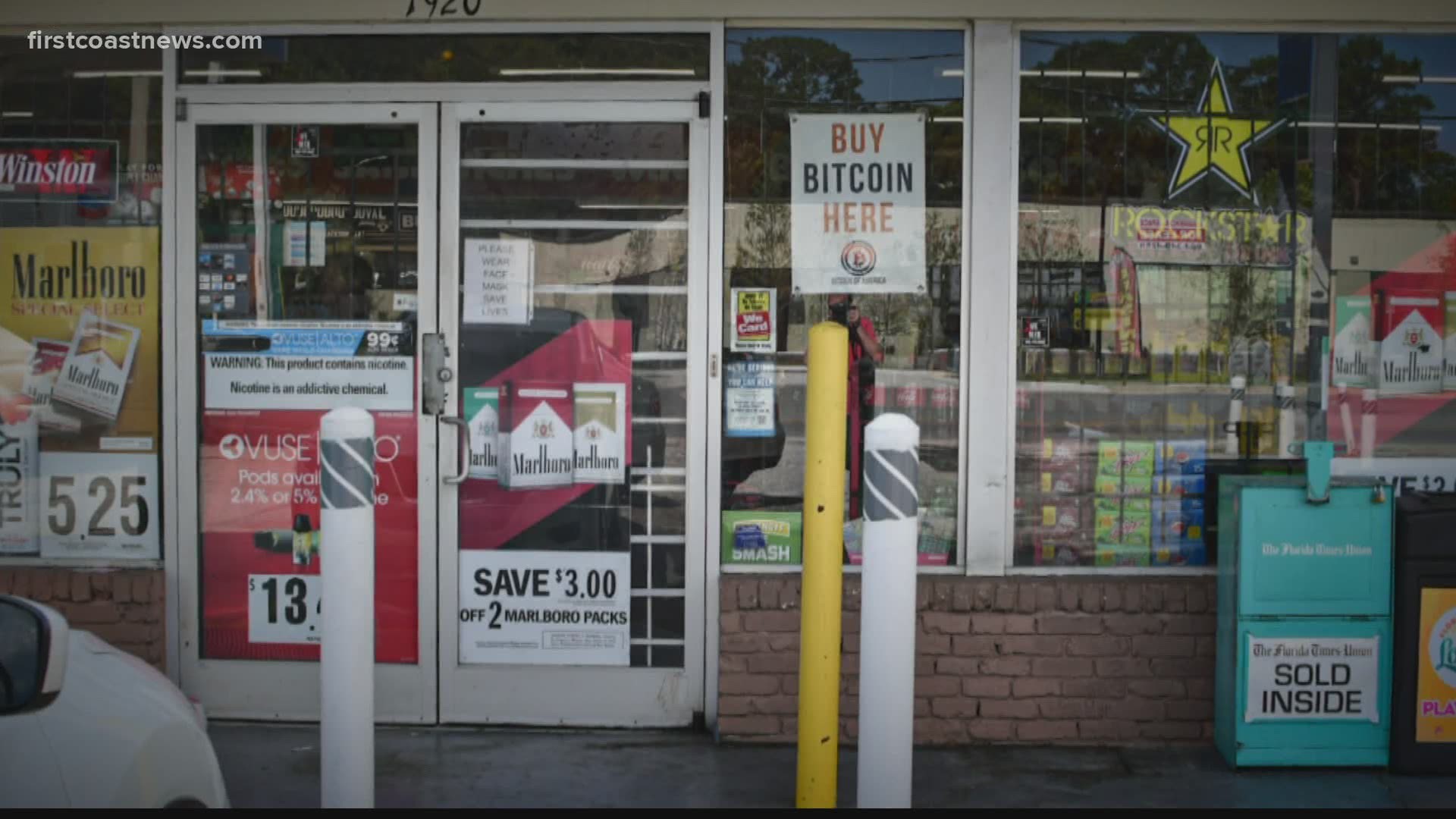 JACKSONVILLE, Fla. — A Coke, some chips, maybe a lotto ticket: A trip to the convenience store is defined by the most conventional transactions.

But increasingly it’s also a portal to the world of digital finance and a tempting path to illicit activity.

There are now more than two dozen Bitcoin ATMs in the Jacksonville area. Similar in appearance to traditional ATMs, they are used to convert physical currency into a digital form – something that makes it virtually untraceable.

“The saying with bitcoin ATMs now is ‘it’s not the Wild West, it’s actually anarchy,’" said Greg Kipper, cyber forensics expert and Vice President of Paraben, an IT investigations company. “It’s got to improve just to get to the Wild West.”

Security firm CipherTrace recently flagged Bitcoin ATMs as “a boon for money launderers,” because of the anonymity it affords. The company’s research found Bitcoin ATM customers tend to use high-risk – and largely unregulated – cryptocurrency exchanges. Those exchanges have been linked to money laundering and other criminal dealings like drugs and sex trafficking.

The vast majority of these new cryptocurrency converters are located in storefronts that could generously be called modest. Others are in vape shops and liquor stores. And they are increasingly omnipresent.

The first Bitcoin ATM was installed in the United States in 2014. Today there are over 8,000 – including some 45 in the Jacksonville area, according to Coin ATM Radar, a number that has doubled just in the past few months.

“They are very profitable,” Kipper said, noting that Bitcoin ATM customers pay 19 percent per transaction. “So, in some ways, it’s not that different than any other sort of credit service.”

For cryptocurrency investors, Bitcoin ATMs offer convenience for what’s become a profitable sideline. Tim Hudnall started buying bitcoin few months ago with an investment of $700 and has seen that grow to $25,000. He hasn’t used an ATM, but he sees how it could be a legitimate way to buy bitcoin -- or how it might appeal to baser instincts.

“I would think it would be used for illicit stuff, drugs and illicit acts,” he said. “I have heard of that happening.”

First Coast News crime analyst Mark Baughman says Bitcoin ATMs are on law enforcement’s radar because they are used in drug transactions – making what were once street-level sales harder to track.

“Usually you follow the money in drug cases,” Baughman said. “The characteristics of bitcoin [customers] fit the characteristic of someone who wants to remain anonymous: Not seen.”

He adds, “I don’t necessarily know that everybody that uses them are using it using in a criminal way, a nefarious way, but by and large, it’s really advantageous to people who are not going to want to be detected by authorities.”

Kipper says there is a legitimate market for Bitcoin ATMs. He notes the population of people who are “unbanked” includes millions of low-income people and undocumented workers who use cryptocurrency to send money to families back home. According to estimates by the Federal Reserve, the number of people without access to traditional bank accounts is 55 million.

“It’s definitely a good vehicle for money laundering, but there are plenty of legitimate customers,” he said.

Kipper predicts the unregulated nature of Bitcoin ATMs won’t last forever. “It’s here to stay and they’re growing in popularity, it’s now going to be a question of uniformity and uniformity in regulations.”

In that respect, he says, the realities of bitcoin aren’t that different from those of traditional currency. Both depend on human nature.

“It’s the same with money,” he said. “If you just leave money on the counter, and nobody’s watching where it’s going to go, it’s going to disappear.”

For the full report, watch tonight on First Coast News at 11.