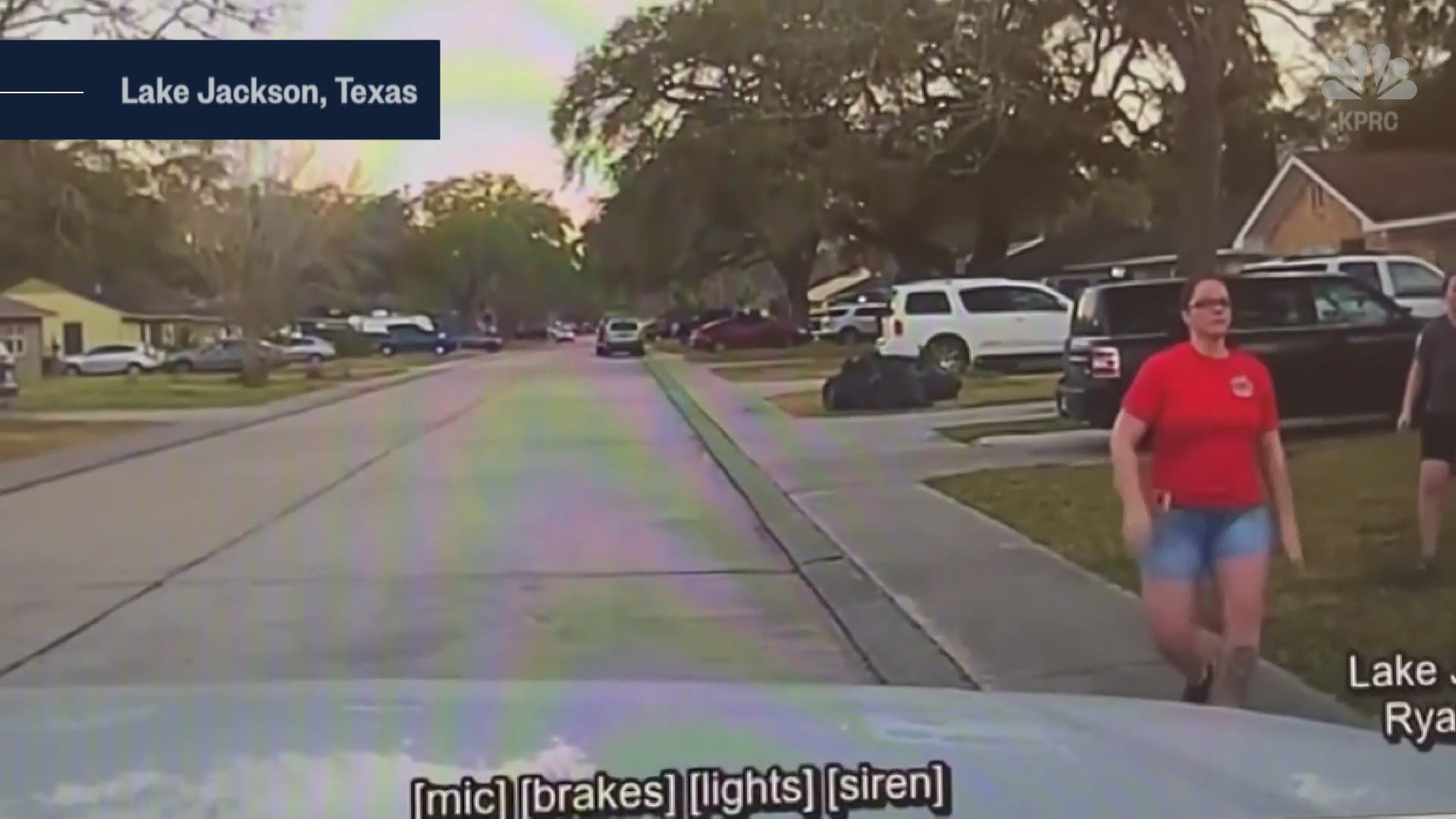 “First instinct was just to make sure he didn’t go any further,” Phyllis Pena said.

Pena said she returned home from the store around 7 a.m. on January 31 to find a man in her yard peeking into her 15-year-old daughter's window.

Fortunately, her daughter was not in the room at the time.

The man, identified as 19-year-old Zane Hawkins, took off and Pena called the police. Officers found him nearby,  but he tried to get away by running. That's when Pena moved in to make the tackle.

The video shows Pena's daughter helped hold down the suspect until officers caught up.

“The cop fist-bumped me and he was like, ‘Hey, so I heard the Texans are looking for a new linebacker,’” Pena said.

But she said it was just her motherly instincts kicking in.

“My kids are my life and just making sure I protect them,” Pena said.