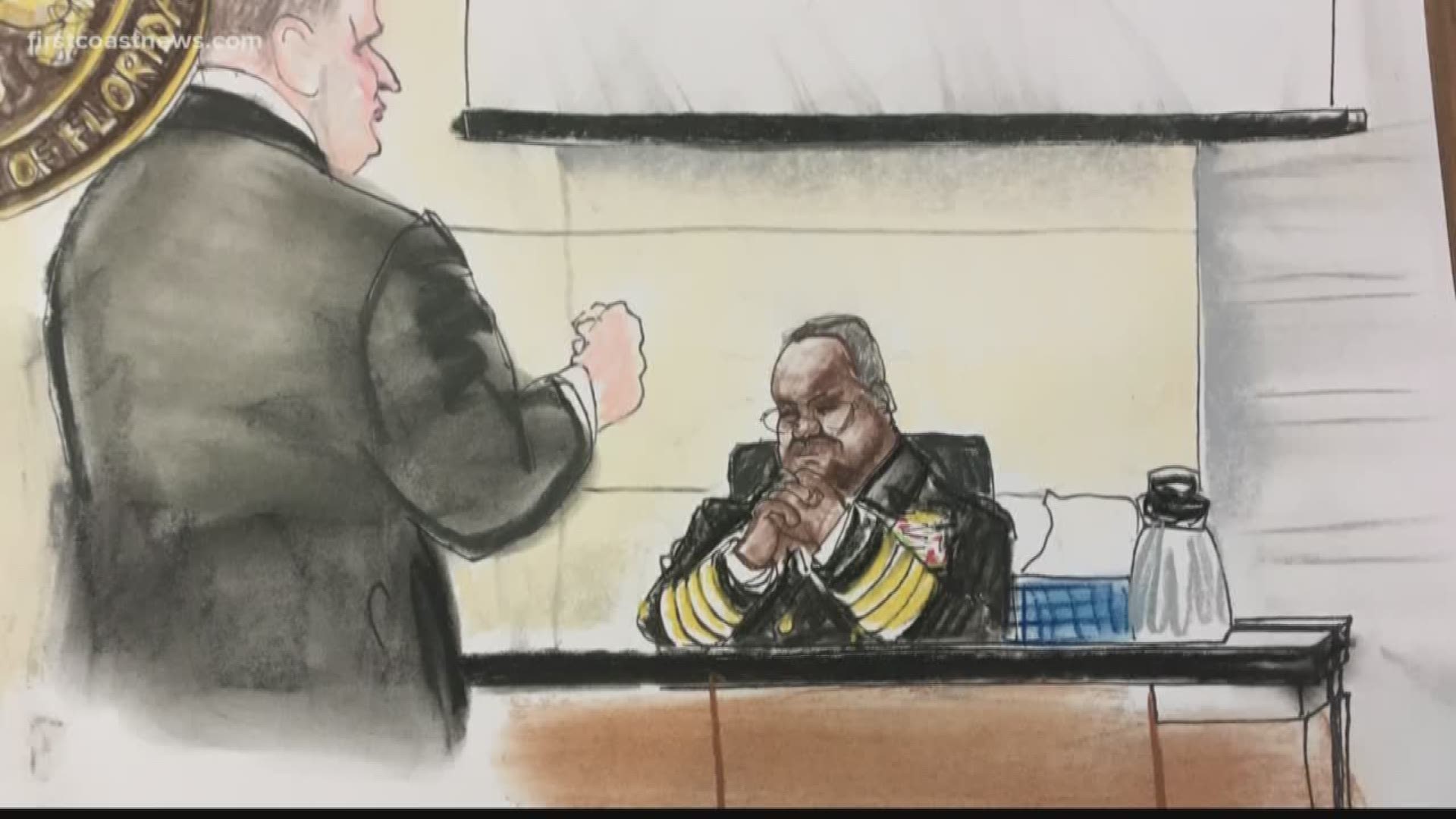 JACKSONVILLE, Fla. — The third day of testimony in the criminal trial of a former Navy Captain is a sea of brass – including a Navy captain and two sitting admirals.

The senior officers are being called to testify that John Nettleton lied to his superiors and investigators following the disappearance and death of civilian contractor Christopher Tur in 2015.

Nettleton, 54, is not charged in Tur’s death, but he is charged with obstruction of justice and lying to federal investigators. Nettleton has pleaded not guilty.

Captain Alonza Ross, who was Nettleton’s second in command at Naval Base Guantanamo Bay, testified then-Commander Nettleton lied twice when directly asked if Tur came to his house the night he went missing.

When asked a third time, Ross said Nettleton admitted Tur came to his house but didn’t acknowledge the pair got in a bloody fistfight.

Ross also testified Nettleton refused to tell his boss, Navy Admiral Mary Jackson, about his drunken confrontation with Tur at the base’s officers club that same night, or Tur’s shouted allegations that Nettleton “f*cked my wife.”

“I was prompting him: you need to tell her all the details about the ‘Hail and Farewell’ [party] and the argument that ensued after that, so she’s aware of everything that happened, "said Ross. "He said she didn’t need to know all that.”

Ross’ testimony followed that of witness Eric Bohyer late Wednesday, who was in charge of the base’s security service and recovered the body of Christopher Tur from the waters of Guantanamo Bay.

Bohyer testified they discovered a bloody paper towel by a dock outside Capt. Nettleton’s house that later tested positive for Tur’s DNA. He said when they found the towel Nettleton said, “that’s probably nothing” which Bohyer said he considered “odd.”

Thursday afternoon testimony included Admiral Christopher Gray, who was Admiral Jackson’s chief of staff in 2015 when he was removed from command.

Gray testified that Nettleton initially provided very little information about the matter. He reported Tur as a missing person without saying anything about his affair with Tur’s wife, the explosive confrontation with Tur at the officers club, or his bloody fistfight with Tur later at his home.

Nettleton did eventually acknowledge Tur came to his house, Gray testified. “He said, ‘I didn’t say anything [sooner] because I didn’t think it was particularly relevant,’ which was stunning to me. It was incomprehensible that he thought I would feel this was in no way relevant -- that a man had gone missing and shown up dead and he was the last person to see him at his house, and the greater implications because of that.”

Even after Nettleton acknowledged Tur came to his house the night he went missing, he never said the two fought.

“My jaw dropped to the ground, Gray said. He testified if he’d known that information, “it would have dramatically turned the situation.”

Admiral Mary Jackson, who removed Capt. Nettleton from his command Jan. 21, 2015 testified he misdirected her and other officials to conceal his confrontation with Tur and the fact that he was the last person to see him.

Nettleton could face up to 100 years in prison if convicted of all 8 counts against him.

There is no court Friday. The trial, which is expected to last three weeks, resumes Monday morning at 9:30 a.m.