The 12-year-old driver and two teenage passengers were wanted out of Duval County in a home invasion and murder, police say. 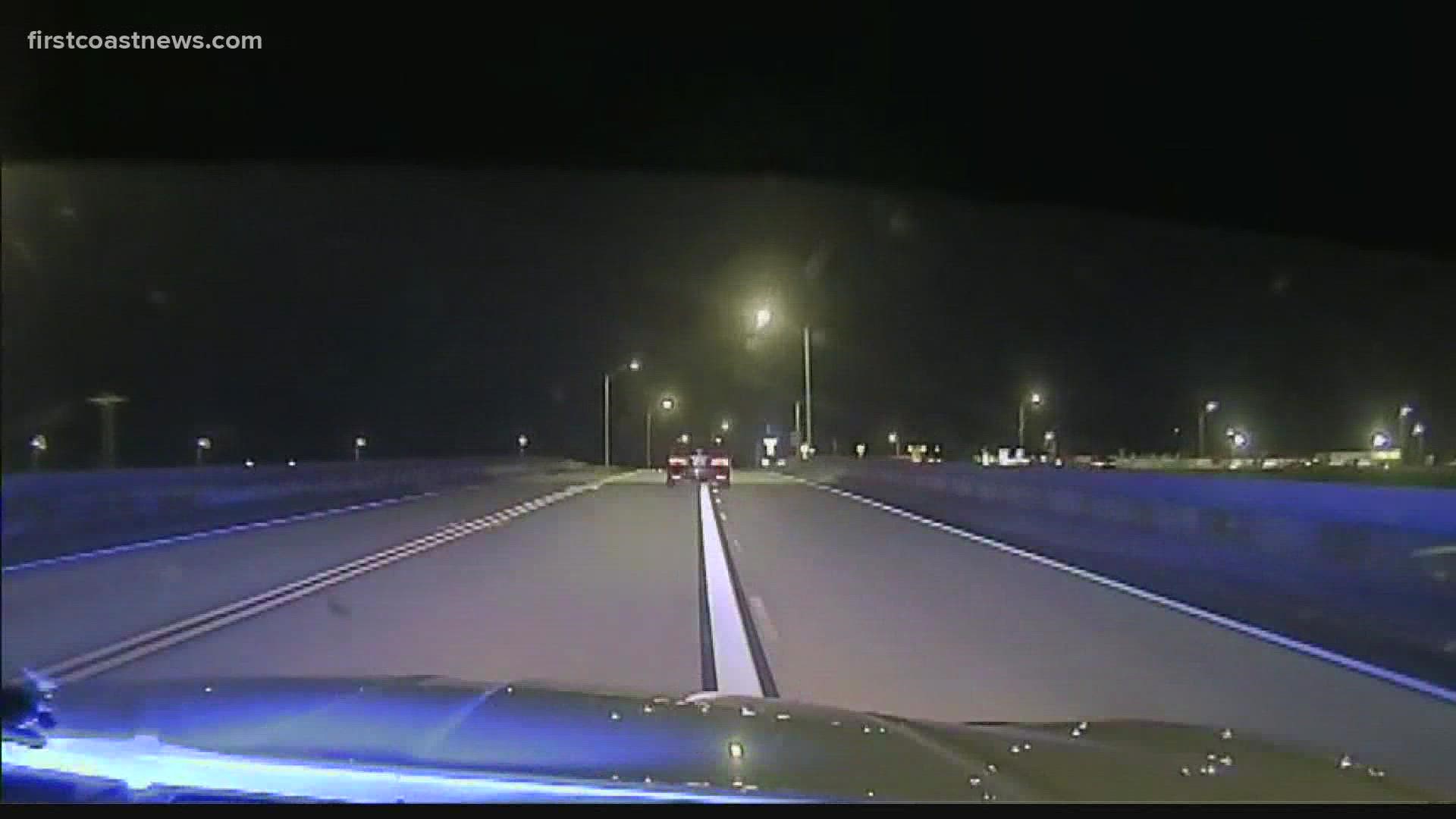 KINGSLAND, Ga. — Four juveniles, including three wanted on murder charges out of Duval County, Florida, are being held in a youth detention center after a high-speed chase in Kingsland Friday night, police said Monday.

At 10: 43 p.m., a Kingsland Police officer reportedly saw a black Honda Accord driving south on I-95 Friday, going 96 miles per hour, KPD said in a news release. As officers tried to catch up to the vehicle, it continued speeding, reaching more than 120 miles per hour and refusing to stop, the release says.

The vehicle exited the interstate onto St. Marys Road heading east, then made an abrupt U-turn and headed back west, the release says. Officers were then able to use spike strips on the vehicle to get the driver to pull over, according to the release.

Police officers, as well as a Camden County Sheriff's Office deputy, detained all the people who were inside the vehicle, which registration records showed was stolen out of Jacksonville.

Jacksonville Sheriff's Office detectives were contacted and responded to the scene, the release says.

The driver and all three passengers were detained and are currently being held at the Regional Youth Detention Facility, according to the release.