Aiden Fucci, the 14-year-old behind bars charged with the murder of a beloved cheerleader, appeared before a judge Tuesday morning. 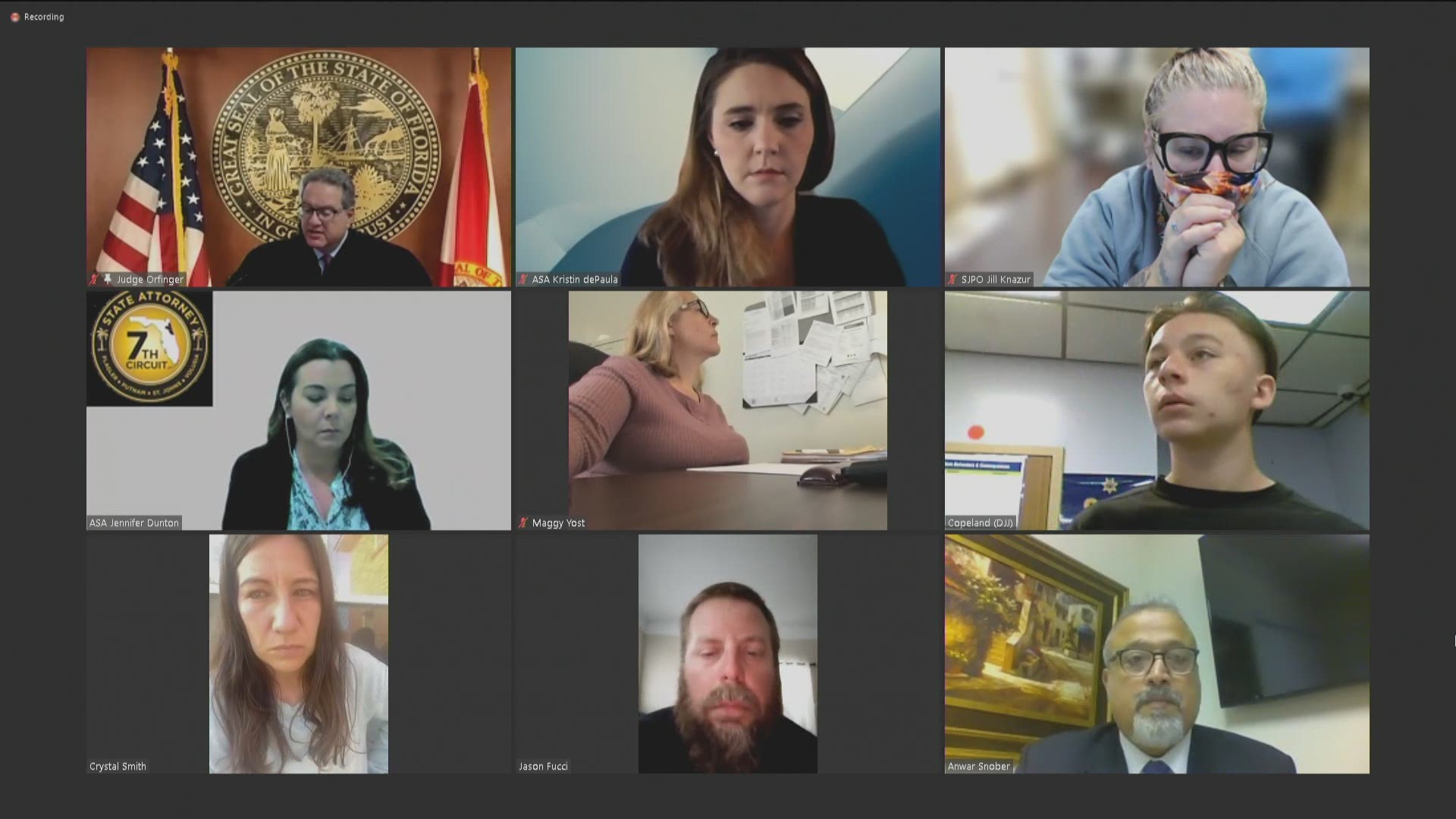 JACKSONVILLE, Fla. — Aiden Fucci, the 14-year-old behind bars charged with the murder of a beloved cheerleader, appeared before a judge Tuesday morning.

Fucci is charged with second-degree murder related to the death of 13-year-old cheerleader Tristyn Bailey.

Fucci had a virtual detention hearing at 8:30 a.m. at the Volusia County Regional Detention Center in front of Circuit Judge Michael Orfinger. His parents also made an appearance in the Zoom hearing.

Crystal Smith, his mother, appeared teary-eyed as her son appeared on the screen and was read his rights. Jason Fucci, his father, was stoic.

Judge Orfinger said that he agrees there is probable cause that an act of delinquency occurred in this investigation by Aiden Fucci and because of that, is ordering him to be detained for 21 days or until further order of the court.

It's unclear at this point if Aiden Fucci will be tried as an adult.

Florida law leaves it up to the state attorney's office to decide if children are tried as an adult under discretionary criteria.

"The state attorney does have discretion to refer a 14 or 15 year-old for direct file to be tried as an adult under murder charges," said attorney Curtis Fallgatter, who is not involved in the case.

He says state statute 985.557 gives the state attorney's the power to charge Fucci as an adult because he is charged with murder, one of the crimes listed under the criteria.

Fallgatter explained why Fucci's current second-degree murder charge is the most severe he can face right now.

"Those particular crimes that carry serious penalties, life in prison for example, death penalty, capital type cases, have to returned by a grand jury," he said.

Fucci has not been indicted for first-degree murder.