Grubhub says food delivery driver who stole $4,000 puppy from Jacksonville Beach couple not authorized by them

"...We confirmed the individual charged with this crime was not a Grubhub driver and has never been contracted with us. ..." - Grubhub.

But it is unlikely the Grubhub employee whose account the delivery man is alleged to have used will face any penalties from law enforcement.

According to a newly released report from Jacksonville Beach Police, Arlinson Chilito, 22, stole the dog valued at $4,000 after it escaped out of a Grubhub customer's front door into the interior hallway of a condominium in the 1000 block of 11th Avenue South. The owners quickly realized "Lexi" was missing and asked condo security to review surveillance video. According to the report, the guard saw a man later identified as Chilito stuff the dog into his delivery bag on the elevator, then exit the the building "appearing to try to avoid the surveillance cameras." 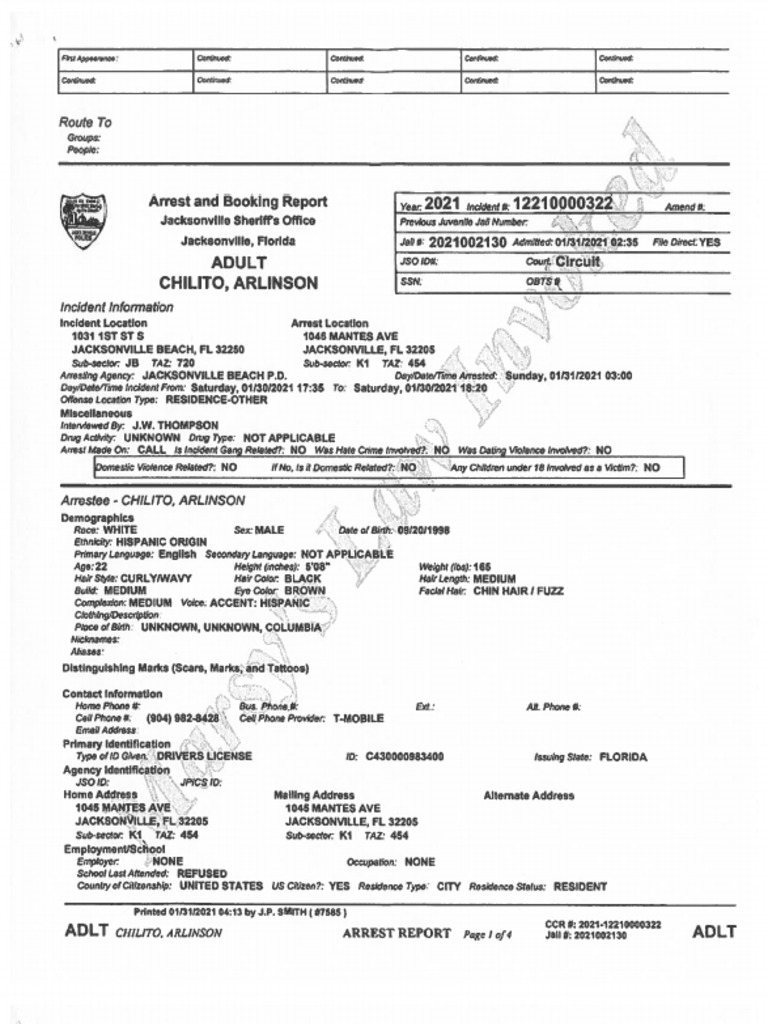 Police traced the phone to a female with grey KIA, and used "several law enforcement databases" to determine the woman's boyfriend was a man named Arlinson Chilto who matched the description from the video surveillance."

Police found the couple in the KIA along with the dog, according to the report.

The couple said they had the Grubhub driver bring the food up to their unit, but after Kim Block turned to put the food down, the dog was gone.

“It was surreal," Kim told First Coast News when the dog was still missing. "I was walking through the house calling her, 'Lexi, Lexi, here Lexi,' and she was just nowhere. She's always right by my side. She always wants to be right next to me. She doesn't even weigh four pounds. She weighs 3.7 pounds. She's very tiny, and she always wants to be next to me. She's my little baby. And I just can't believe that she's gone."

In a statement, Grubhub insisted Chilito was not an employee, and said he used another driver's Grubhub account in making the delivery. "We banned the [contracted] driver permanently from our platform and support efforts to prosecute both individuals to the full extent of the law."

However, it does not appear that there will be any charges against the Grubhub employee whose account was used in the delivery. Jacksonville Beach Public Information Officer Stg. Tonya L.Tator said "that would be a tough case to actually pursue. It would be a he said/she said in terms of where they got the [Grubhub] account number."

Much like a Netflix login, the account number could have been loaned out -- or stolen. "I have no knowledge of [charges against the Grubhub employee] being perused," Tator said.

The full Grubhub statement is below.

"We are shocked nd appalled by this behavior, and there is absolutely no tolerance for it on Grubhub. We confirmed the individual charged with this crime was not a Grubhub driver and has never been contracted with us. He was using another contracted driver's account without Grubhub's permission or knowledge which is a fraudulent misuse of our platform. We banned the driver permanently from our platform and support efforts to prosecute both individuals to the full extent of the law. We run rigorous background and motor vehicle checks before contracting with any driver and are committed to continuously reviewing and evolving our practices to prevent fraud and ensure safety for the Grubhub community."