Suspect shot while trying to rob Metro PCS on the Southside

People who work at the nearby barbershop say whether the shooter was an employee or customer of the store. 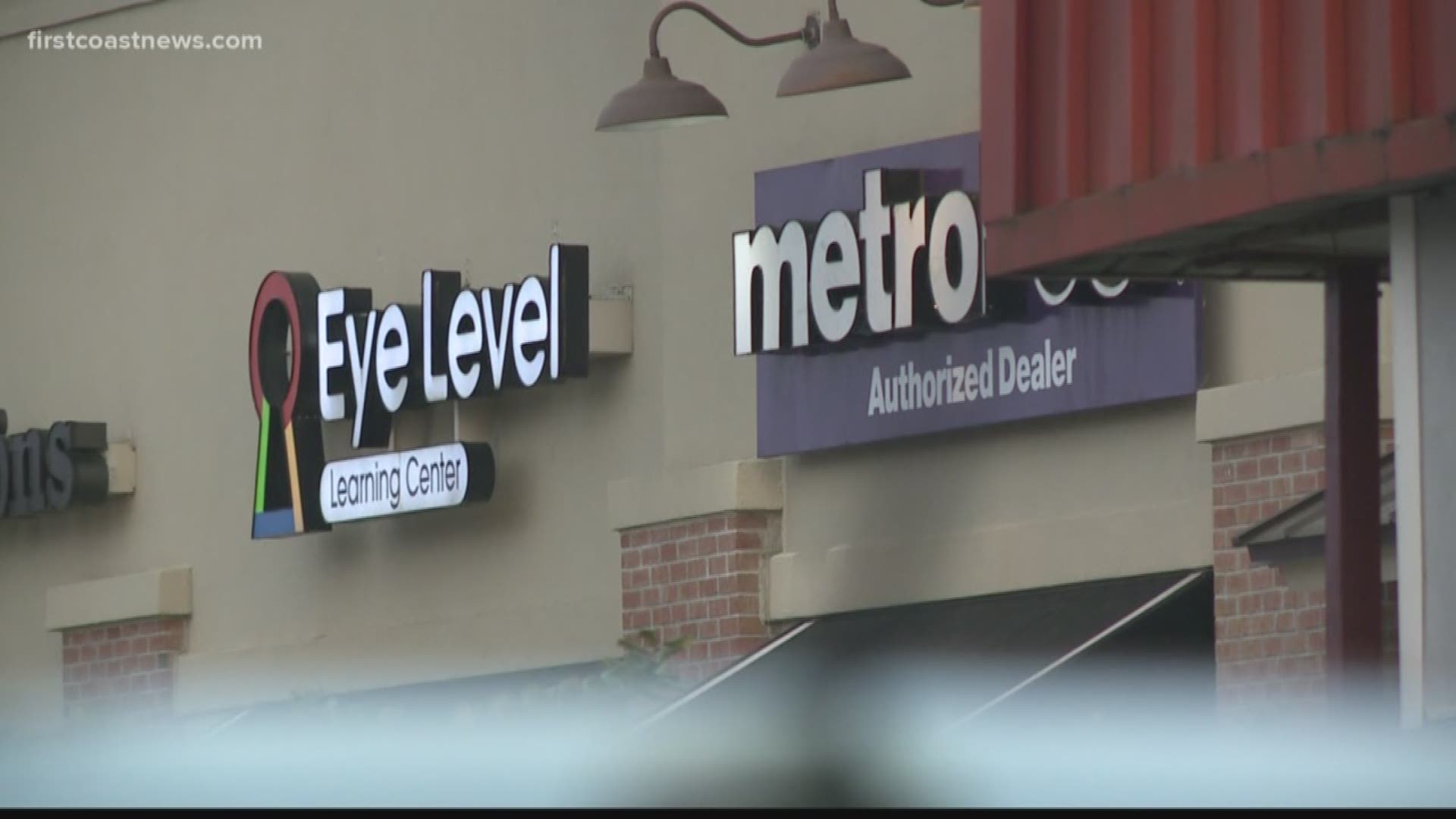 JACKSONVILLE, Fla — A man was shot inside a MetroPCS on Sunbeam Road while trying to rob the store around 5:30 p.m., the Jacksonville Sheriff's Office says.

JSO says the suspect fled after being shot, but was shortly taken to the hospital.

Police did not say whether the shooter was an employee or customer of the store. Brian Alvarenga, who works as a barber at Kut Kingz nearby, said an employee shot the gun in self defense.

"A gentleman who works at Metro PCS started banging on the glass to try to get our attention, and he said he just shot somebody who tried to rob him over there."

At the scene on Wednesday, detectives swarmed a car. Alvarenga said the suspected attempted robber tried to run to his car after getting shot. There were blood stains on the ground in the parking lot next to a brown-colored Ford SUV.

Alvarenga said this same employee has experienced this before. "This is the second time, same situation, same kid."

The suspect's identity has not been released.

The man who shot at the suspect was brought in for questioning. At this time, there are no charges against him.

Police could not tell us the condition of the suspect at this time.