Suspect in custody after hours-long standoff with St. Augustine police

The suspect, who is not being named at this time, faces charges of trespassing, domestic violence, false imprisonment and resisting. 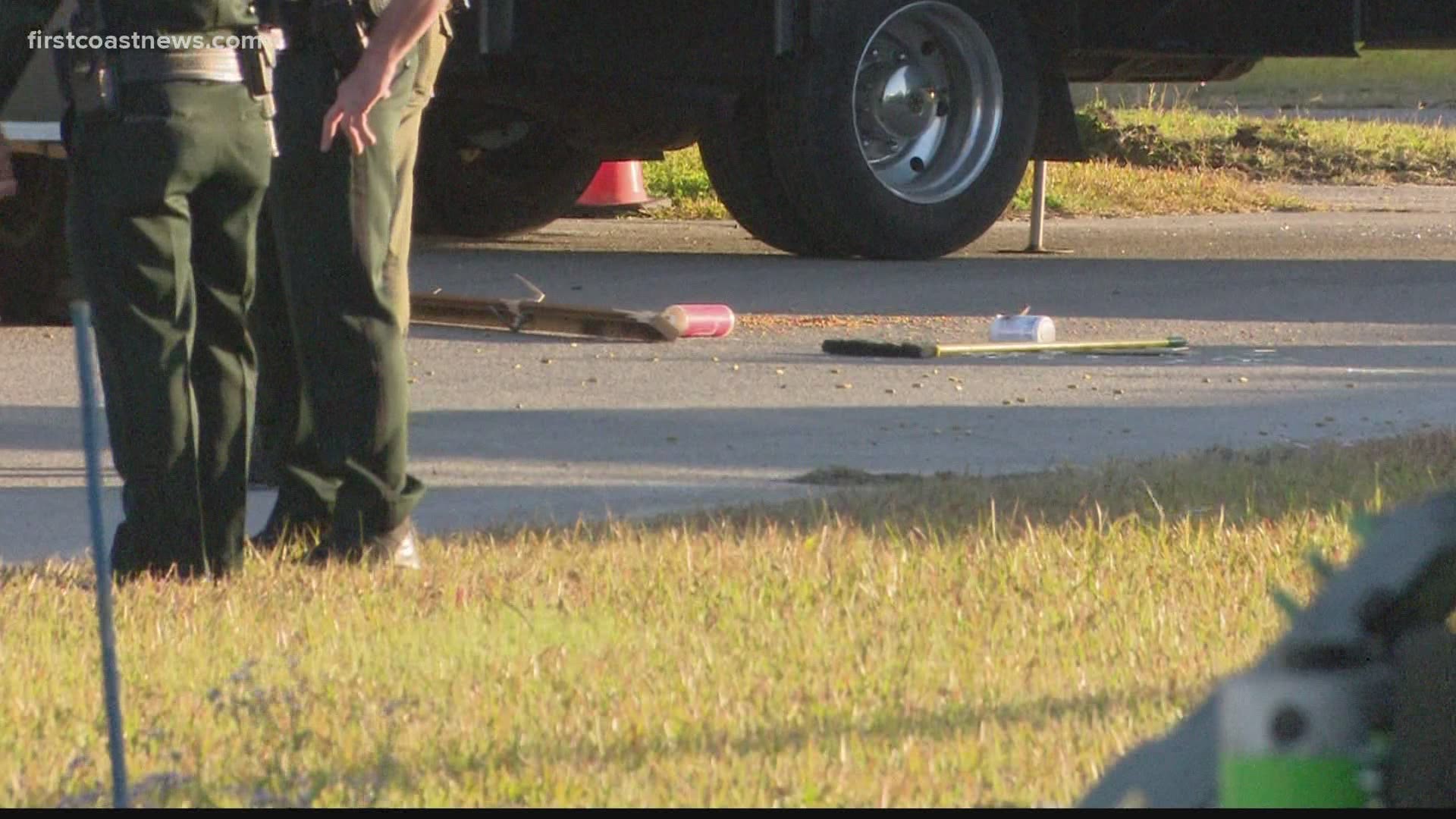 According to the SAPD, police received a call for suspicious 40-foot motorhome driving into a restricted area of the St. Augustine Wastewater Plant. When police arrived on the scene, they found two men barricaded inside the motorhome.

The younger of the two men surrendered without incident. However, the older man, later identified as 54-year-old Joseph Vincent DiMaggio, remained inside the motorhome. Police did not specify the relationship between the men.

A number of law enforcement personnel responded to the scene as the standoff continued, including the SAPD, St. Johns County Sheriff's Office, a SWAT Team and a bomb squad, though police said the bomb squad was on the scene out of caution.

At about 4:05 p.m., deputies with the St. Johns County Sheriff's Office helped extricate the suspect and place him under arrest, according to the SAPD. Police are not reporting any injuries.

The suspect, who is not being named at this time, faces charges of trespassing, domestic violence, false imprisonment and resisting without violence. The suspect is currently at the St. Johns County Jail, where he being held without bond.

DiMaggio’s name, birthdate and address match the information of a man arrested in Jacksonville exactly a week ago, last Saturday, after a reported bomb threat involving an RV.

FCN has reached out to both the St. Johns County Sheriff’s Office and the St. Augustine Police Department to confirm this is the man involved in the standoff Saturday. We are waiting to hear back.

He was released on bond from the Duval County Jail on Jan. 13. DiMaggio’s arrest on Jan. 9 in Jacksonville stemmed from the reported bomb threat at a Westside gas station. Someone called the Jacksonville Sherriff’s Office about a man in a large camper van without a license plate JSO’s K-9 officers and the bomb squad arrived at the scene. JSO said the bomb threat charges were hate crime related.

NEW: A man by the name of Joseph DiMaggio was booked in the SJC jail tonight at 7:42 pm on four charges that match the charges the St. Augustine Police Department said the suspect in Saturday’s standoff was charged with. We’ve reached out to the @STAUGPD to confirm @FCN2go pic.twitter.com/FKKnDxoDBl

Police seized the camper for forfeiture since it was used to commit a felony, according to the police report.

In Jacksonville, he was charged with threatening to throw, project, place or discharge a destructive device, possession of a firearm, weapon or ammunition by a convicted felon, use or possession with the intent to use drug paraphernalia and no motor vehicle registration.