The Jacksonville Sheriff's Office arrested Rayshawnda Robertson Wednesday in connection with the shooting death of a security guard at an Edgewood Avenue business. 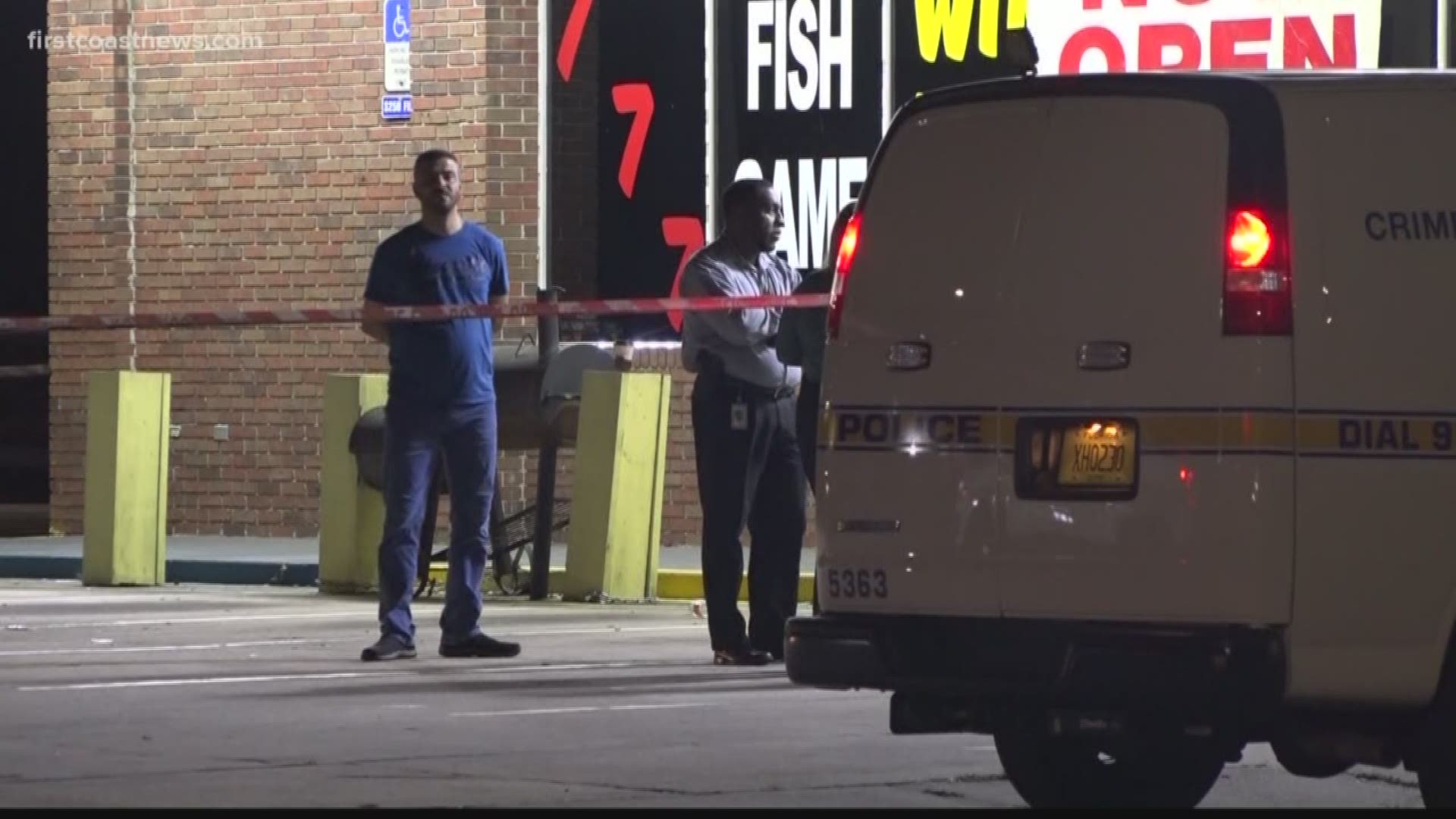 JACKSONVILLE, Fla. — A woman accused of second-degree murder and armed robbery is now behind bars more than eight months after a deadly shooting at a Murrary Hill internet cafe.

The Jacksonville Sheriff's Office said they arrested 21-year-old Rayshawnda Robertson Wednesday. She had been identified as a suspect in the death of a security guard that took place Monday, August 12, 2019.

Police said they were called to the area of 900 Edgewood Ave. North to reports of a robbery at a business where a security guard had been shot. The victim was taken to the hospital, where he was pronounced dead.

JSO told First Coast News the day of the shooting that the employee who was killed was a security guard who appeared to try and intervene in the robbery. The shooting happened at High Score Arcade, which is now permanently closed.

The JSO Homicide Unit responded to conduct an investigation, police said. They arrested 23-year-old Anthony Ansley on Wednesday, August 14, charging him with second-degree murder, armed robbery and possession of a firearm by a convicted felon.

Detectives said they continued their investigation and were able to identify Robertson as an additional suspect in the robbery and deadly shooting.

RELATED: Two arrests made after security guard killed during robbery on the Westside

RELATED: Security guard killed during overnight robbery on the Westside