Student in hospital after stabbing at Brunswick High School

A male student was airlifted to a Jacksonville area-hospital after a fight in the school courtyard on Monday. 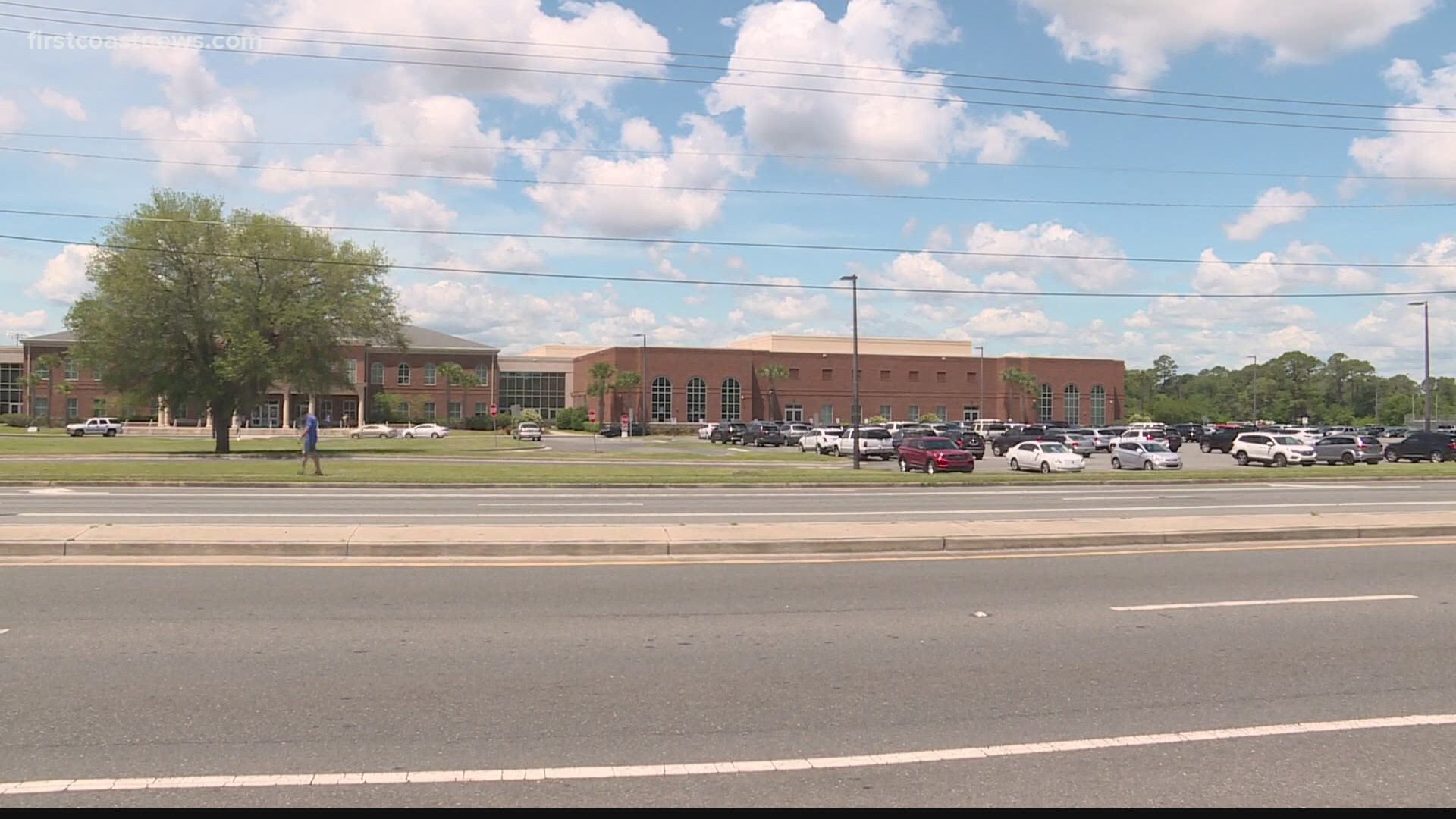 BRUNSWICK, Ga. — Students believe a fight that led to a student being stabbed at Brunswick High School Monday did not start off violently.

The Glynn County School District said an investigation is underway at Brunswick High School, where a student was stabbed during a fight with another student in the school's courtyard.

The victim was airlifted to a Jacksonville hospital to be treated for injuries, the district said in a release, but is responsive.

Police arrived quickly to investigate the incident which occurred late in the morning during school hours. The student accused of stabbing the victim has been taken into custody and is now facing school and criminal charges, according to a news release.

Word of the stabbing spread through the halls and on social media to students like Talayah Graham, a junior.

“We heard out of nowhere in our third block that someone had been stabbed,” Graham said.

A second student says the suspect had a water gun and was shooting the victim, who got mad and fought back. The school district did not say what led up to the stabbing.

“There was something about a quote-unquote water gun fight, I don’t really know,” Graham added.

"An investigation is underway at Brunswick High School in response to a student who was stabbed during an altercation with another student in the school’s courtyard. The student is responsive but has been airlifted to a Jacksonville hospital to be treated for injuries. The accused student has been taken into custody and is now facing school and criminal charges. No other students or staff members were harmed. A Code Blue was called due to the emergency situation with the student but has since been lifted."

School safety was the center of a recent survey by the Glynn County School District.

Survey results show 563 students out of nearly 1,200 surveyed either somewhat agree or strongly agree students at their school fight a lot, and 456 students agreed they felt unsafe at school or on their way to school.

The school district tells First Coast News that the high schools do not have metal detectors, and two school resource officers are assigned to each campus.

No other students of staff members were harmed in the stabbing, the release says. A Code Blue was called due to the emergency situation with the victim, but it was lifted after a few hours.

#BREAKING School district says a student was stabbed at Brunswick High School. They are being flown to Jax but they are responsive, another student is in custody, no others were harmed @FCN2go pic.twitter.com/LFDxXKkwOr

RELATED: Student in life-threatening condition after being shot near school bus stop at Southwest Jacksonville apartment