The arrest report said Perkins had droplets of blood on his leg at the time of his arrest. 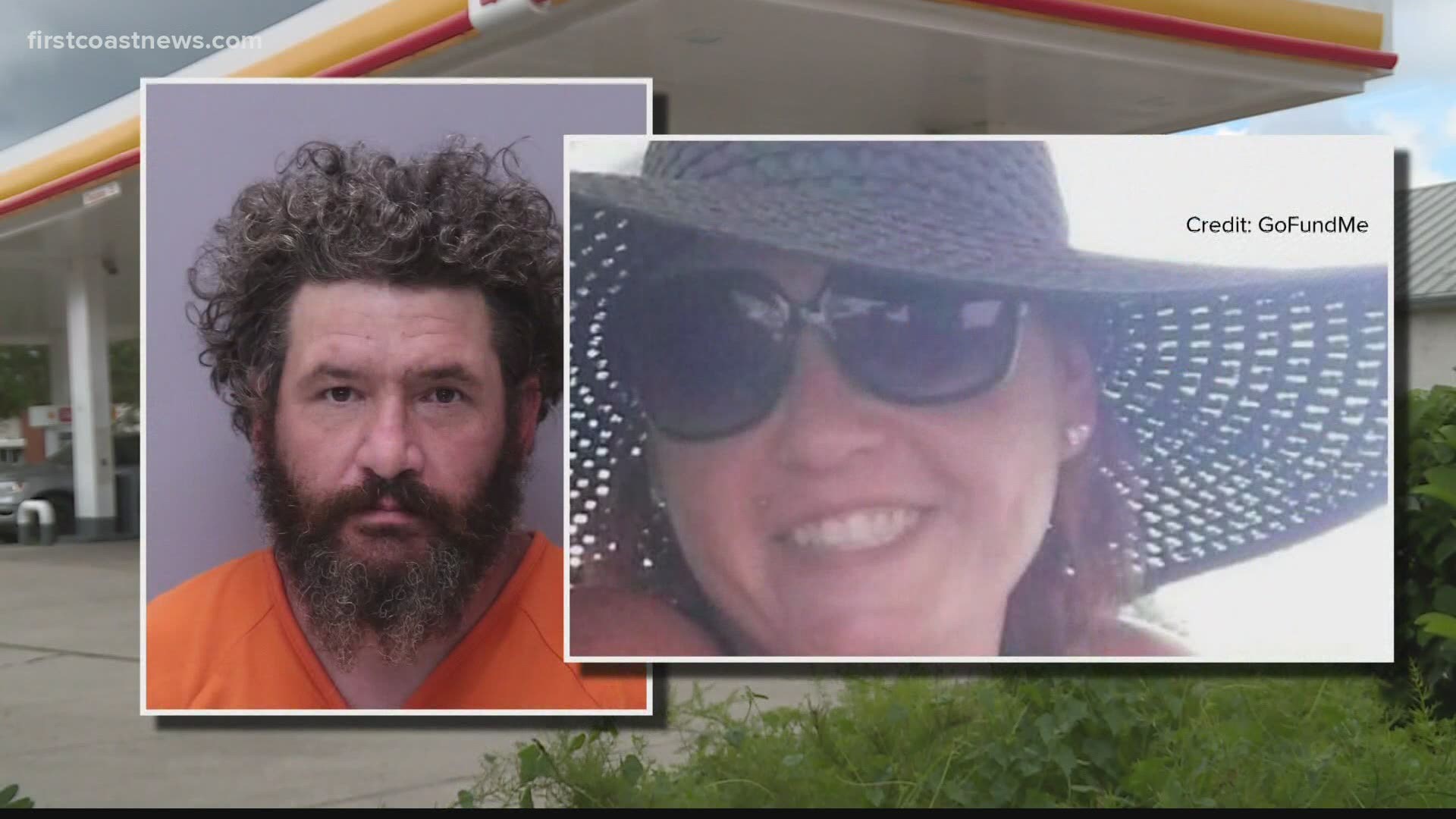 Derrek Wayne Perkins was subsequently sentenced to spend the rest of his life in prison for killing Brandi Nicole Brooker.

According to deputies, on the evening of Oct.13, 2020, Perkins was waiting for his ex-girlfriend to arrive at her residence and upon her arrival, repeatedly stabbed her until she died on her porch.

Brooker's friend and co-worker was present during the vicious attack.

Perkins was arrested less than an hour after the call came on State Road 207 and Morrison Road. The arrest report said Perkins had droplets of blood on his leg at the time of his arrest.

Deputies say Perkins and Brooker had a prior domestic relationship that she was no longer interested in continuing.

Our news partners at the Florida Times-Union report that Brooker had just filed the injunction against Perkins days prior, saying he had tried to run her over on in the parking lot at her job. It had been signed but not served yet, the report said.

Perkins was charged with theft after he went into Brooker's workplace and stole her purse earlier that week.

Circuit Judge Howard Maltz presided over the case and pronounced the sentence. Homicide Unit Prosecutor Mark Johnson handled the case for the State.