Edward Keegan Downey allegedly struck and killed the victim as he was walking on Constanero Road about 6:20 a.m. on Jan. 1. 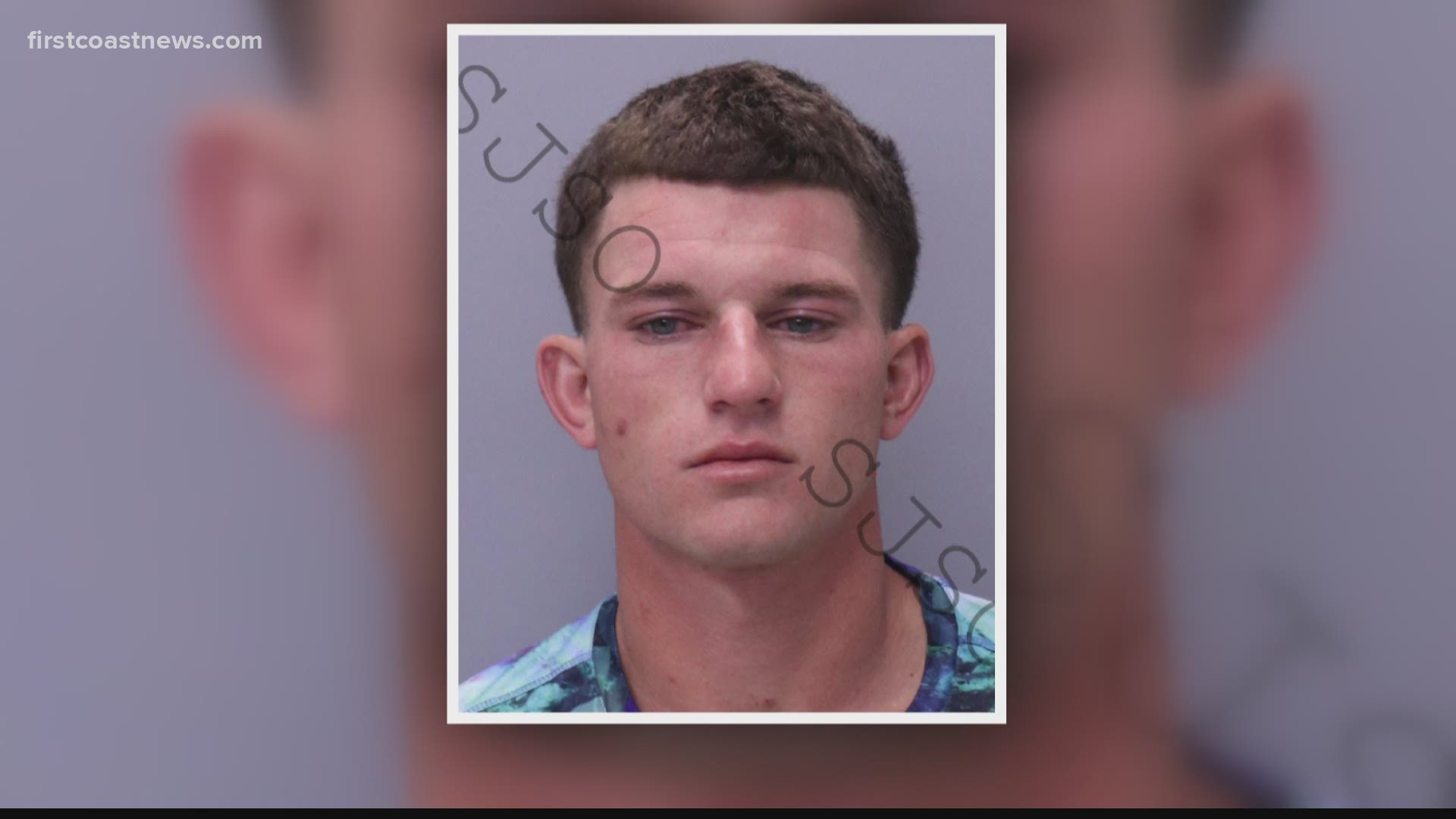 JACKSONVILLE, Fla — A 26-year-old man was put behind bars on Christmas Eve after a crash left a pedestrian dead on a St. Augustine Beach road on New Year's Day almost a year ago, the St. Johns County Sheriff's Office said.

Edward Keegan Downey of Sea Place Avenue in St. Augustine was booked into jail early Thursday on a warrant for DUI negligent manslaughter in lieu of $150,000 bail, jail records show.

The victim, identified by The St. Augustine Record as Richard Noak, was walking on Constanero Road about 6:20 a.m. on Jan. 1 when a Dodge Stratus hit him, according to a warrant. Downey stopped and tried to help the victim.

A blood sample was taken from Downey, and tests done by the Florida Department of Law Enforcement revealed a blood-alcohol level of .129, the warrant said. State law says a .08 level is considered impaired to drive. Methamphetamine and amphetamine also were found by the FDLE.

Downey has a prior 2017 arrest for DUI, as well as one in July 2016 for disorderly intoxication, jail records show.