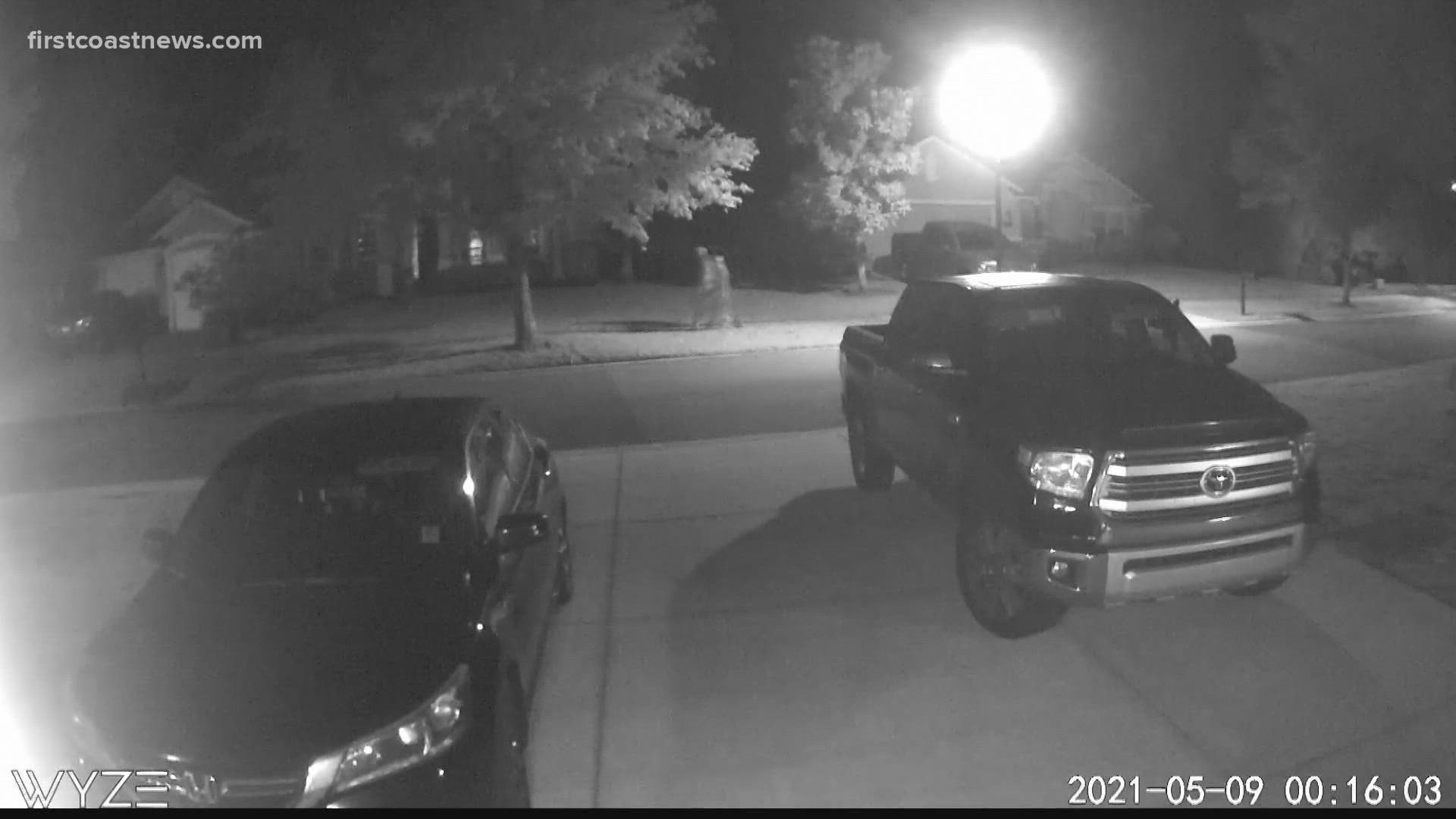 JACKSONVILLE, Fla. — (Warning: Elements of this story are disturbing.)

New evidence released Tuesday in the first-degree murder case against Aiden Fucci includes selfie Snapchat videos taken while he was in the back of a squad car, and video of what police say is his mother washing blood from his jeans.

Fucci is accused of stabbing 13-year-old Tristyn Bailey to death on Mother's Day in St. Johns County. He is charged as an adult with first degree murder, and has pleaded not guilty.

Among the evidence released by prosecutors is surveillance video of what police say is last time police say Bailey was seen alive.

The video allegedly shows Fucci and Tristyn walking east in their Durbin Crossing neighborhood in St. Johns County on the night she was stabbed to death.

Juvenile law attorney Shannon Schott, who is not working the case, believes the release of each new round of evidence could compel Fucci's attorneys to file a motion for a change of venue because the chances of finding someone who knows nothing about the high profile case gets smaller.

"You would be hard pressed right now to find someone in this community that meets that description in order to seat a fair and impartial jury," she told First Coast News.

Also included in today's release are Snapchat videos of Fucci and a friend in the back of a squad car after Tristyn was missing.

Also just released, Fucci and a friend sending a snapchat video the morning of Tristyn Bailey's murder, after being questioned by police. "Having fun, in a fu**ing cop car," Fucci says @FCN2go pic.twitter.com/cHBxXGlsgf

Shortly after Tristyn was reported missing from her Durbin Crossing neighborhood Sunday, Fucci posted on social media about her disappearance.

It was a selfie he took from the backseat of a deputy’s patrol car while holding up a peace sign in the reflective panel of the patrol car divider. Within the Snapchat message was a text banner reading, "Hey guys has anybody seen Tristyn lately."

According to the St. Johns County Sheriff's Office, at the time the photo was taken, Fucci was a witness in a missing person case.

Last month, another series of documents were released which include the Medical Examiner's findings which concluded that Tristyn was stabbed 114 times.

The word "KARMA" was also handwritten in blue ink inside her left ankle and a "smiley face" was drawn inside her right ankle, the Medical Examiners report states. The report does not state who put the writing on her body.

Tristyn was found lying in a wooded area on her right side, the newly released reports state. She was wearing a black shirt with white writing and black Nike pants with a pair of vans.

Deputies say she also had a Gold-tone ring, cell phone, $20 bill and a Cotton Candy vape device. They also found a “fortune paper” tucked away in her cellphone case.

SJSO says all items were covered in possible blood.

After Fucci was brought into the sheriff’s office for questioning, an incident report suggests he was indifferent to the news that Tristyn was dead.

"How is that my problem?" he asked deputies, according to a incident report.

Also during questioning, he later admitted that he kissed Tristyn. He says she reacted by grabbing him and he pushed her.

He said she fell down and hit her head and he walked away, the report states.

The release of the evidence to the defense makes it a public record.

First Coast News is going through the evidence and will provide updates in this story as the information is processed by our investigative team. 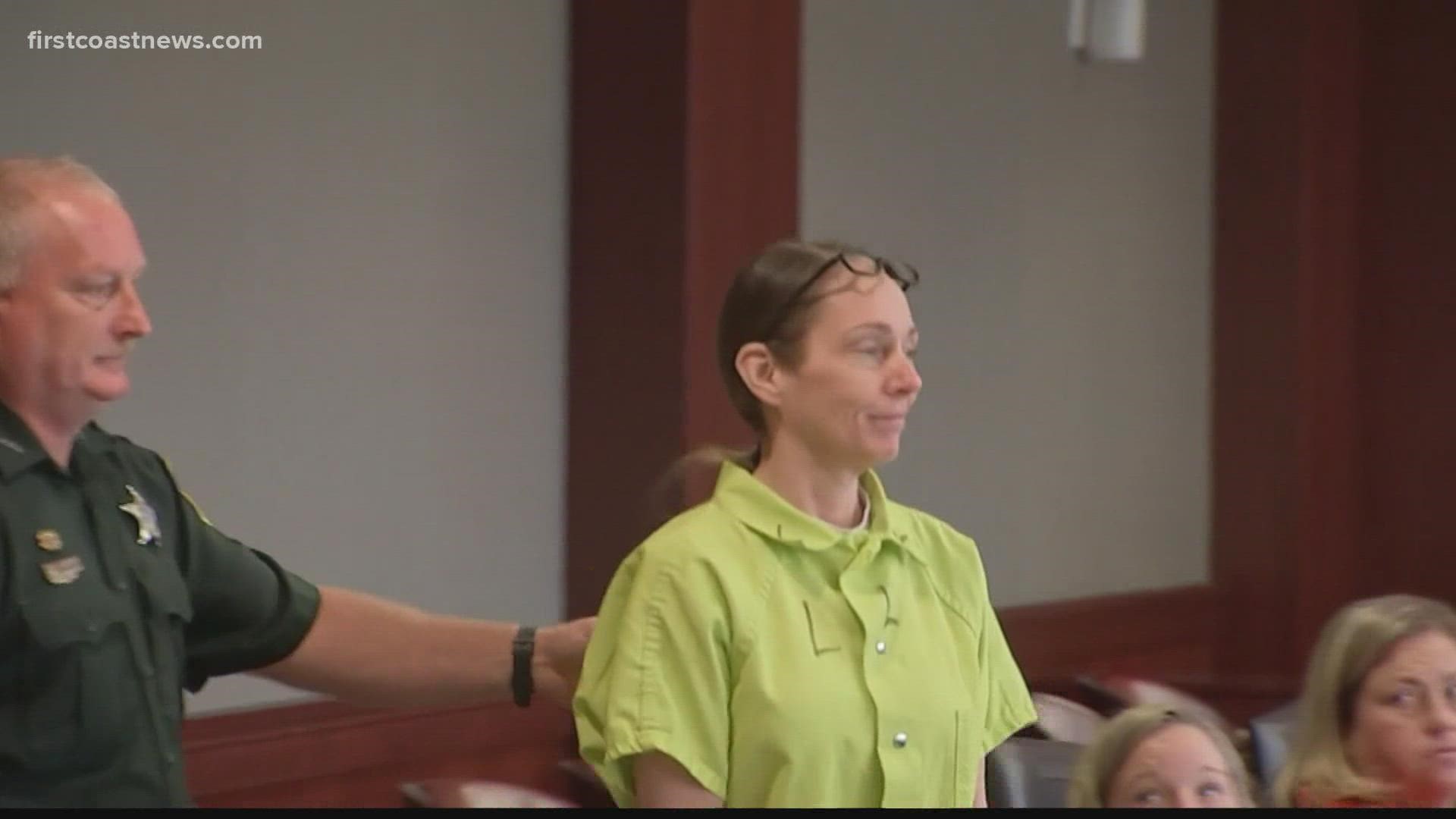