A man was shot dead inside a vehicle at a Jacksonville shopping plaza while two juveniles sat in the backseat. 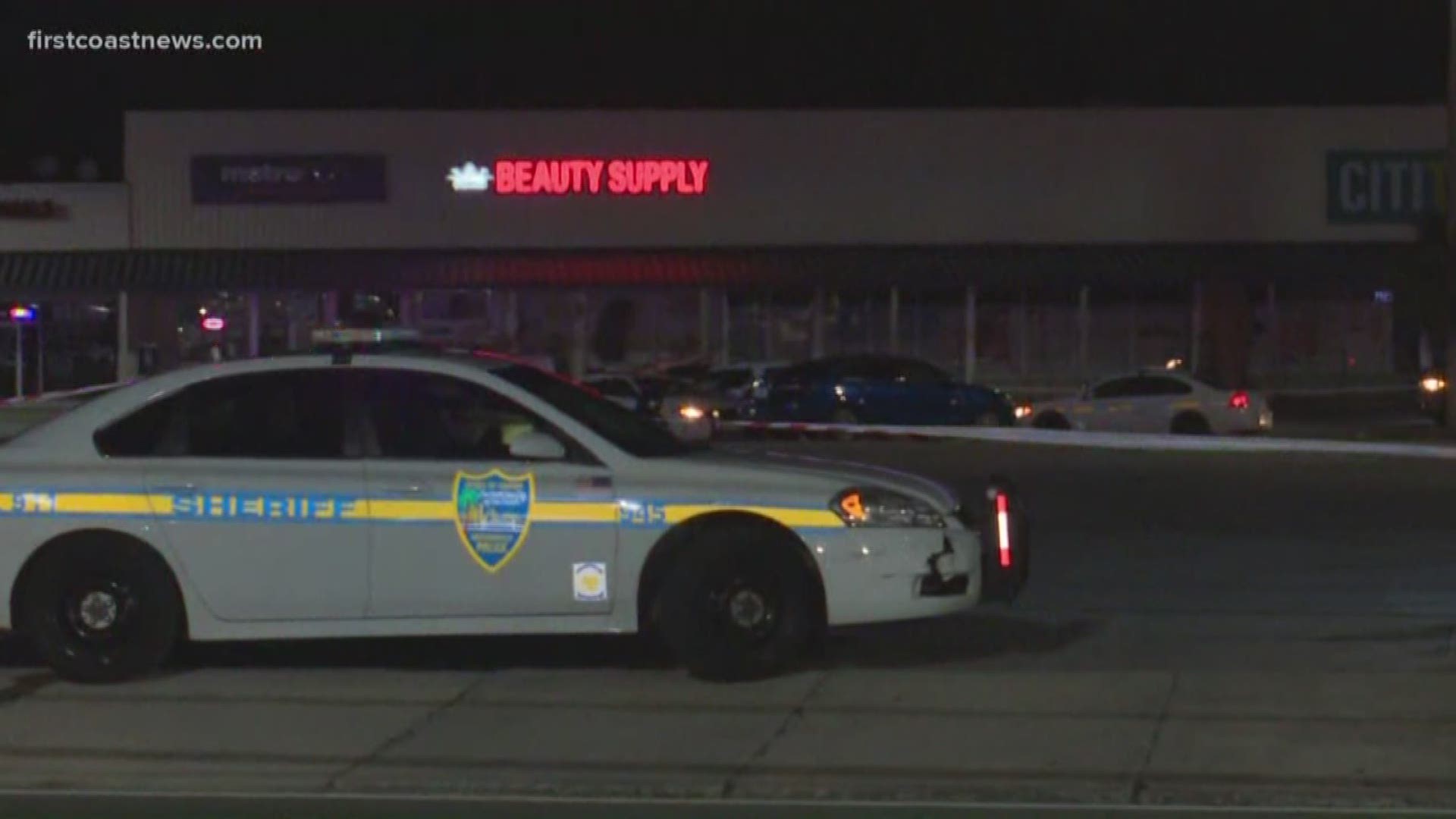 JACKSONVILLE, Fla. — A man is dead and a woman is hospitalized with serious injuries after the Jacksonville Sheriff's Office says at least one person shot into a vehicle at the Gateway shopping plaza in Brentwood Tuesday.

Police were dispatched to the scene in the 5400 block of Norwood Avenue just after 7 p.m. Once at the scene officers found one man dead and woman shot. The woman was rushed to a local hospital where she is being treated with serious injuries, according to JSO. JSO said two juveniles were in the backseat but were uninjured.

JSO said it does not have any information on a suspect.

Homicide detectives are investigating. If you have any information about this shooting, call JSO at 904-630-0500 or call Crime Stoppers at 1-866-845-TIPS.