Man shot, killed while in line to apply for job at Amazon was targeted, police say

Police say they are searching for two gunmen along with the driver of a silver vehicle. The men pulled up and fired at the victim who was killed, grazing two others. 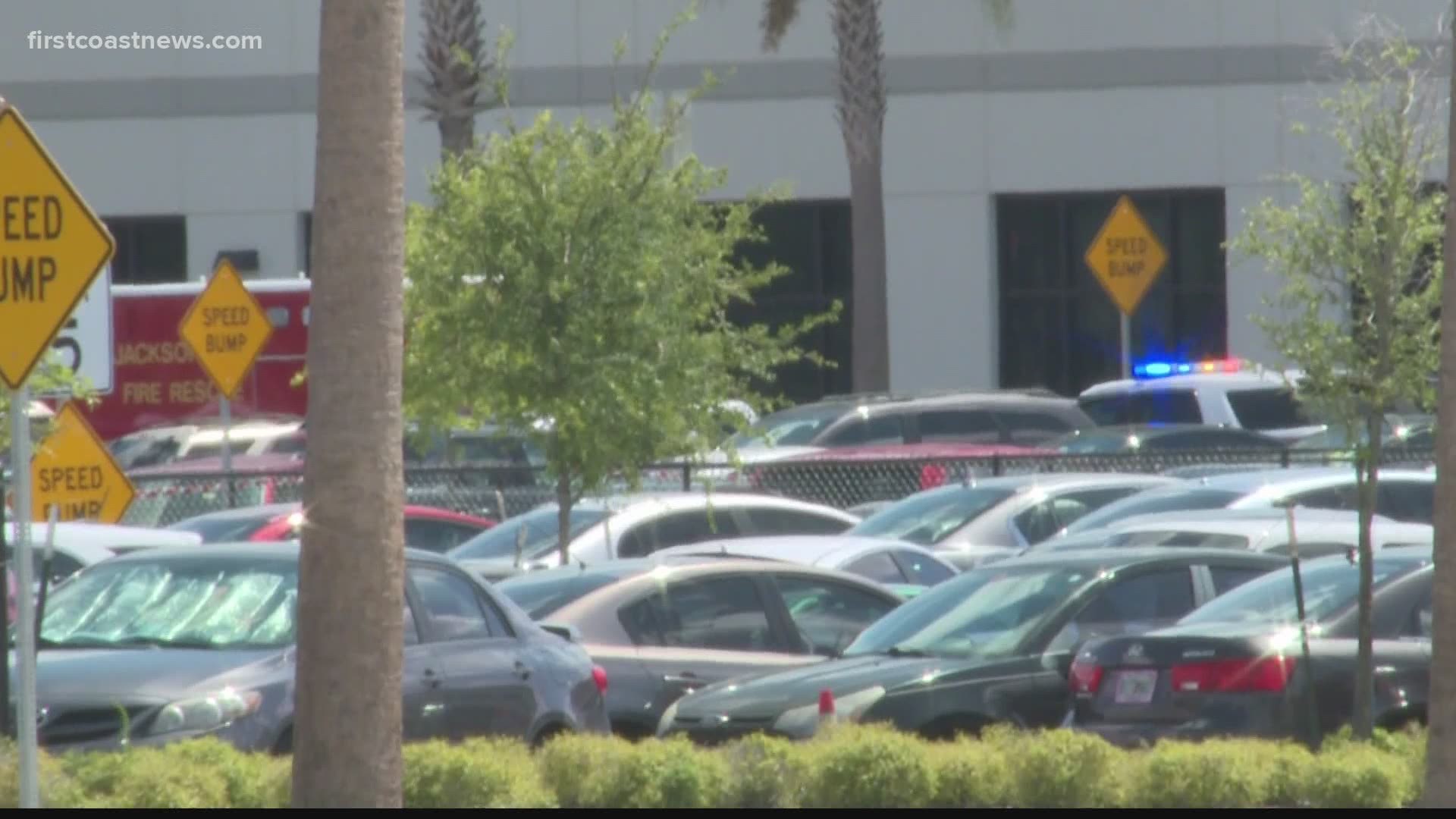 The Jacksonville Sheriff's Office said Monday they are searching for two gunmen along with the driver of a silver vehicle that drove into the fulfillment center's parking lot where people were standing in line to apply for jobs. The men fired several shots "indiscriminately" at the victim who was killed, grazing two others with bullets.

The victim was killed was in line with about six other people, police said. The suspects, in their early 20s, ran directly to the victim and started firing. After the shooting, they ran back to the silver vehicle where a driver was waiting, and all three got away, police said.

JSO released the photo below of the vehicle the gunmen got away in.

The two other people hit by gunfire include a 29-year-old man, who was grazed in the arm, and a 22-year-old man grazed in the foot. Both were treated by Jacksonville Fire Rescue Department crews and did not require hospitalization.

The shooting was not random or an act of workplace violence, police said. Investigators are working to figure out why the victim was targeted.

Bruce Lafone was just starting his break when he heard over a radio there was a shooting at the front of the building.

"We had finally heard it was targeted to a specific person. So, that was definitely a relief but still scary,” Lafone told First Coast News.

Police are interviewing 10 eyewitnesses who were on scene, including others who were in line to apply for a job, as well as people who were inside the Amazon facility.

Police said there is surveillance video. JSO said the vehicle involved appeared to be a four-door, newer model silver car. They are also collecting casings from the scene to analyze what types of guns were used.

Someone inside the Amazon facility at the time of the shooting shared a photo of a man being treated by paramedics. The extent of his injuries was unclear. An Amazon employee tells First Coast News the photo was taken from the facility's first-floor break room.

Credit: First Coast News
The man in the photo is being treated by paramedics after a shooting. The extent of his injuries is unclear.

The shooting was first reported to JSO at 1:57 p.m., according to dispatch. Police told First Coast News officers were on the scene of an active investigation on Pecan Park Road near the JAX2 location but gave no further details.

JFRD also said crews were dispatched to the area for a shooting.

Amazon said that the facility immediately locked down the building to ensure the safety of those inside the site. The company says it's offering counseling and support for those who were there that day,

"This is a terrible tragedy. Our thoughts and prayers are with the victims and their families, and all those who have been impacted by this incident. We are working closely with the Sheriff as they investigate."

Anyone who has seen the silver vehicle involved in the shooting or who has any information regarding the incident is asked to call police at 904-630-0500. Callers may also remain anonymous and potentially qualify for a reward by calling Crime Stoppers at 1-866-845-TIPS.

RELATED: Police looking for vehicle after man is shot on the Northside